Rated A- Rated B Rated B- Rated B+ Reviews Wine 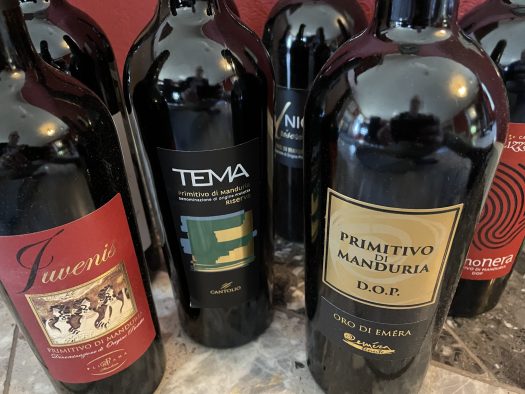 Primitivo is best known (to those who know it at all) as the Old World version of zinfandel, but while the grapes are extremely similar, they aren’t believed to be identical, at least genetically speaking. Turns out they’re both clones of a different grape called crljenak.

The bigger difference between zinfandel and primitivo is where they are grown and how they are made. While zin thrives in the California sun, primitivo is primarily an Italian operation, and it thrives in dry and hot Puglia, “the heel of the boot” of the country.

In a recent Zoom-based tasting hosted by Gambero Rosso, the preeminent Italian wine trade group, we tasted through a full dozen primitivo wines — all exceptional values, if you can find them — hailing from the Puglian township of Manduria, which established its own consorzio in 1998.

How does Primitivo di Manduria differ from producer to producer in this small community? Let’s find out. Tasting notes follow, in reverse vintage order.

2019 Mottura Vini Primitivo di Manduria Stilio DOC – Aggressively meaty up front, it takes some time to get your arms around the wine’s pruny, smoky qualities before it finally perks up, showing some mint notes atop its sour cherry core and tempering the wine’s intensely savory qualities. Needs ample time in glass, though. B / $12

2019 Tenuta Giustini Primitivo di Manduria Acinore DOC – A beautifully bright yet soulful wine, thick with plums and blueberries, there’s a silky chocolate character that overtakes things on the gently sweet finish. Over time, the wine gets a bit cloying — with shades of California zinfandel emerging — though its immersive, effusive fruitiness is hard not to gravitate to. A- / $14

2019 Terracalò Primitivo di Manduria 816 DOC – Again, quite similar to an American zin, with lots of chocolate and a slick blueberry/strawberry note that goes on forever and a day. The back end sweetness is a bit heavy, almost candied at times, though notes of violets and chewy licorice vines give it some minimal nuance. B+ / $NA

2018 Masseria Cicella Primitivo di Manduria Pepe Nero DOC – Lots of blackberry, currants, and licorice candy here — this is one of the sweeter and more blunt expressions of primitivo in this lineup. While rather pruny, it also hits the tongue with a certain thinness that concludes things on a somewhat sour note. B / $15

2018 Paolo Leo Primitivo di Manduria Passo del Cardinale DOC – Brighter red fruits — raspberry and strawberry — take the lead on this wine, which brightens up with a touch of citrus in the mix, becoming almost lemony on the finish. As with Pepe Nero, it’s a rather tart wine, with quiet chocolate notes lingering on the finish. B+ / $10

2017 Agricola Pliniana Primitivo di Manduria Juvenis DOC – This wine strikes a pleasant balance between fruit and more savory tannin, never veering too far into either direction. A bright cherry note gives this wine a more classically Italian structure, with a hint of cola spicing up the back end. One of the brighter and more accessible (and food-friendly) wines in this collection. A- / $12

2017 Claudio Quarta Vignaiolo Primitivo di Manduria Oro di Emera DOC – Chewy but balanced between sweet and savory, though veering a bit toward the former. A somewhat brambly herbal quality dominates, with notes of licorice candy and some prune on the fade-out. B+ / $11

2016 Antica Masseria Jorche Primitivo di Manduria Riserva DOC – Ultra-sweet (and 16% alcohol), this juicy, jammy fruit bomb drinks closer to Port than primitivo, with a long, chocolate-vanilla finish. Some acidity could temper all the sugar in the mix here, but while the fruit is pure and luscious, as it stands this is just much too sweet for enjoyment as a table wine. My teeth hurt a little. B- / $19

2016 Cantolio Primitivo di Manduria Tema Riserva DOC – Tart with cranberry notes, this wine shows some of its age through a balsamic character, touched with notes of dark chocolate. Some candied violet notes perk up on the finish, tempering some of the initial sourness. B+ / $10

2015 Apollonio Vini Primitivo di Manduria Mani del Sud DOC – Sultry and sweet, with a brambly, blackberry character dominating followed by a hint of licorice. Slightly chocolate-heavy on the back end, this drinks closer to a well-made California zinfandel than almost any of the other wines in this collection. A- / $17 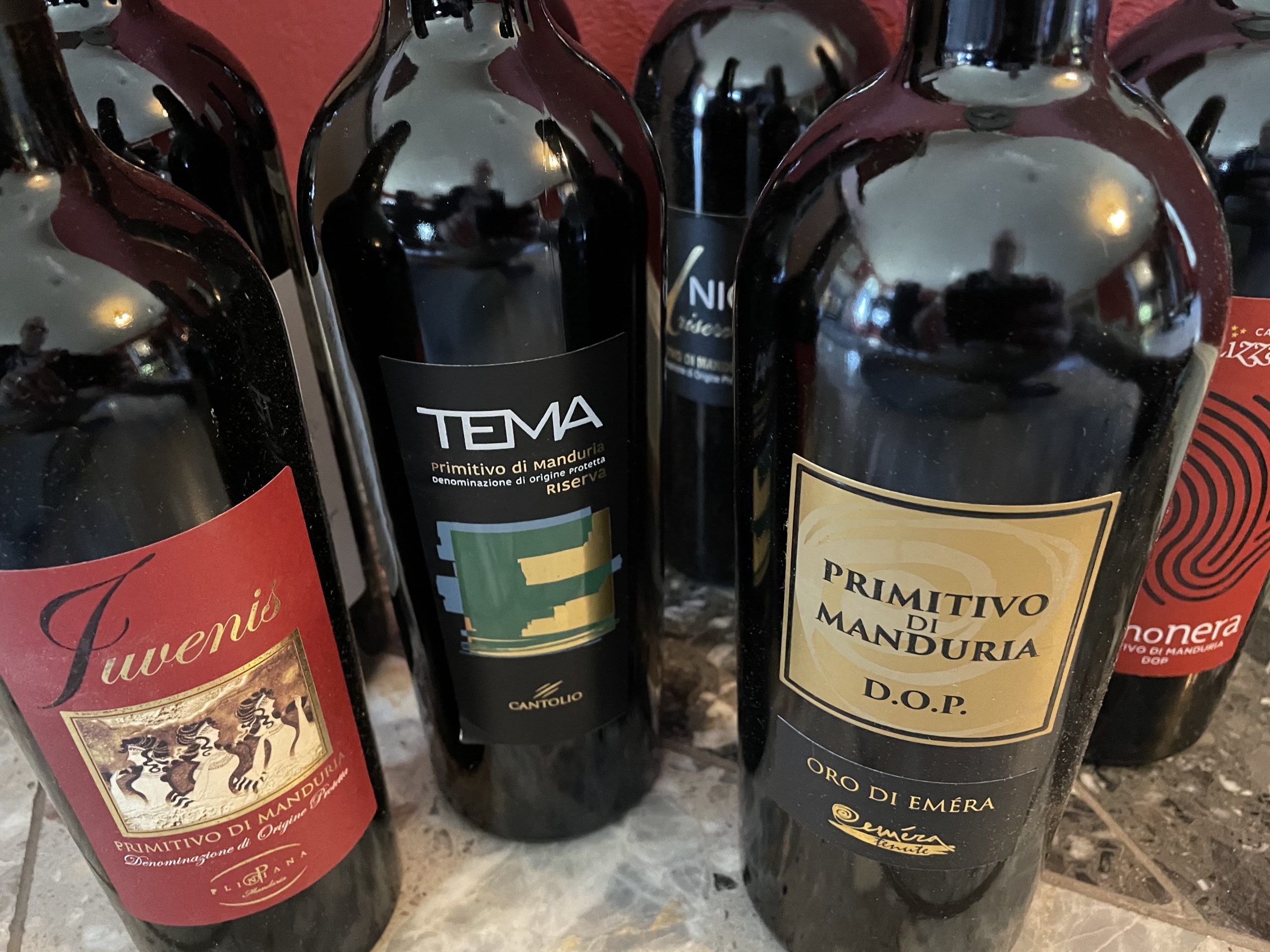