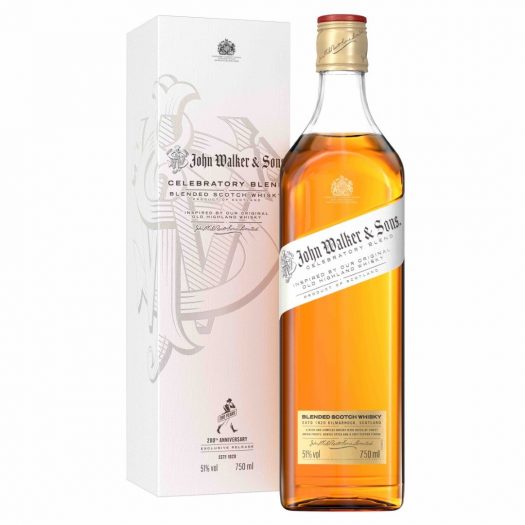 John Walker opened his first grocery store in 1820, and would eventually (over 40 years later, in fact) dip his toe into whisky making. This bottling celebrates the 200th anniversary of that grocery store and calls back to Walker’s “Old Highland Whisky,” which was one of the first whiskies exported from Scotland. This Celebratory Blend is made with whiskies from distilleries “operating at the time” of Walker’s release, though that definition is probably and necessarily rather loose.

Note that a “Bicentenary Blend,” which runs $1000 a bottle, is also available and which should not be confused with this more attainable release.

At 51% abv, this initially presents itself as hot stuff, on both nose and palate. The hints of lemon peel and fresh grain aromas are present, but the experience is sharp and fiery. I put this aside and came back to it a day later with a fresh pour and found things had settled down a bit — perhaps the myth of the “neck pour” is a real thing?

In any case, working through the initial rush of heat reveals an iconic blended Scotch experience, with many of the fresh bread and gentle fruit notes endemic to Black Label accounted for, only much pushier thanks to the higher abv and without only the faintest level of smoky peat in the mix. (Perhaps it could have used more?) The finish shows off an enduring, smoldering heat, with notes of cinnamon, marzipan, and brown butter folding some needed sweetness into the mix.

High-proof blended Scotch can be a tricky affair, as this release proves, and while it has some charm to it, the overall experience feels less outright celebratory than many of Walker’s other recent releases, such as Jane Walker. 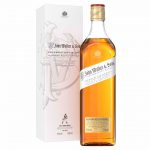