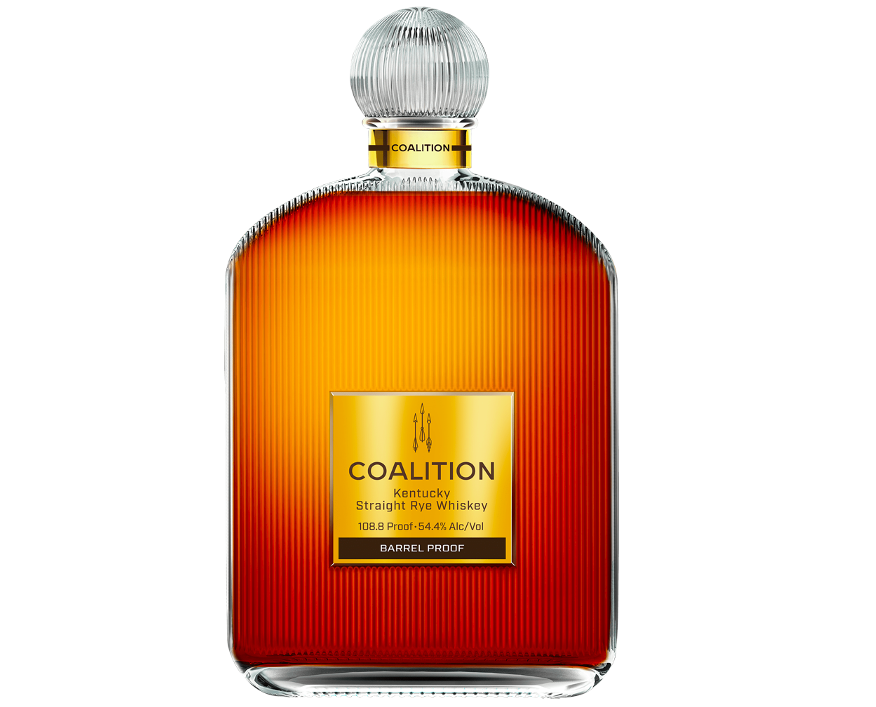 Coalition Rye is a spanking new brand from Kentucky Artisan Distillers (KAD) in Crestwood, Kentucky. You may know KAD as the spiritual home of Jefferson’s Bourbon, although to date only special finishes and wood experiments occur there while the whiskey used in Jefferson’s releases is distilled elsewhere. KAD does distill inhouse, however, and the Coalition whiskeys are their newest and most widely distributed offerings. Distilled from a somewhat unusual 100% rye recipe on a pre-prohibition copper pot still, Coalition is about as “craft” as it gets. All of their grains are even sourced within a mile of the distillery. Coalition’s lineup consists of four different whiskeys, three unique and exotic Bordeaux wine finishes – Sauternes, Margaux, and Pauillac – and this bottle, a barrel proof version of the 5-year-old base rye. All come packaged in an eye-catching Art Deco decanter.

The nose on this rye is, well, bready. Really bready, like you just stumbled into a bakery and warm rye loaves are coming out of the oven bready. There’s a bit of vanilla sweetness and some fresh cracked black pepper in the mix, but the grain dominates. In a young whiskey, that kind of grain-forward aroma is often undercooked, but this is fresh and doughy, alternating with sweet and savory qualities. On the palate, the grain comes across a little less mature with a starchy biscuit note. There’s plenty of brown sugar and a well-balanced, peppery heat to help it along, but it lacks some of the complexity you expect in a rye whiskey, those characteristic fruit and spice notes. A little water actually helps coax out more baking spice and gives things a creamier texture. The finish is long and honeyed with more flaky, fresh-baked pastry and crunchy rye bread. Coalition Barrel Proof Rye is an enjoyable whiskey but a bit of a one trick pony in the flavor department. Perhaps that makes it ideal at conveying the various wine flavors in the finished offerings that comprise the rest of the lineup. Stay tuned to find out. 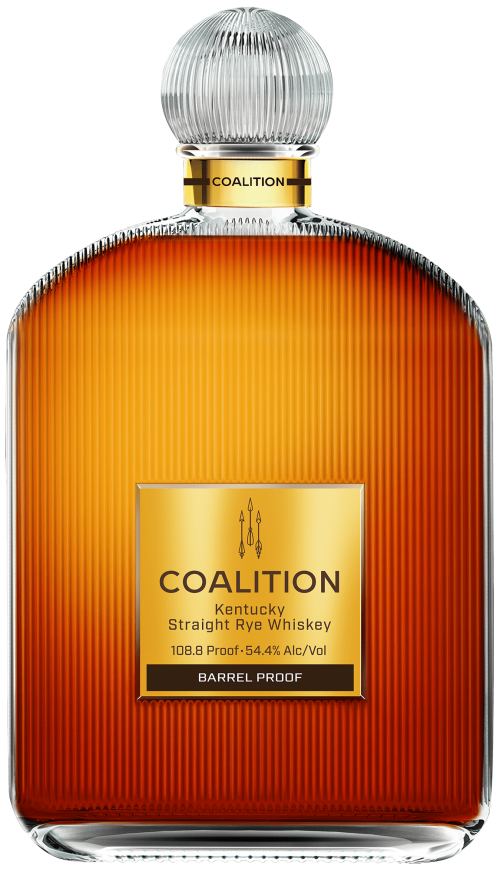 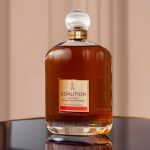