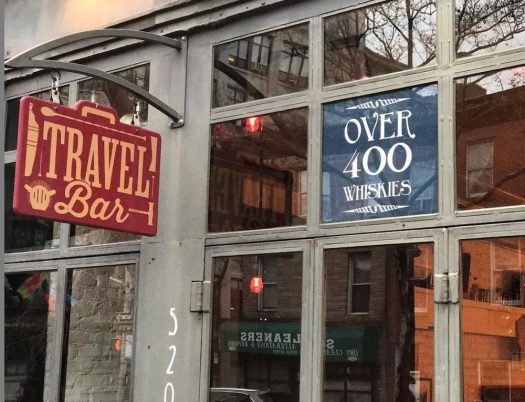 In the hospitality world, there’s often tension between being the best and being accessible. (It’s not so different in the spirits world.) A bar can be superlative in one category — renowned for their cocktails, or perhaps a nearly-unparalleled whiskey selection — or it can be beloved by neighborhood locals, offering great pours without the lavish trappings that push prices to the “for special occasions” range. But occasionally, and all too rarely, we come across the establishment that has its feet planted squarely in both worlds: It’s got the best you can expect in a city, with a community that’s dominated by passionate regulars instead of traveling crowds searching for the latest trend.

Serving the Carroll Gardens neighborhood in Brooklyn, Travel Bar is that rare place, a neighborhood institution that ranks among New York City’s very best whiskey bars. Serving up over 450 whiskeys from around the globe — including nearly 200 bourbons — Travel Bar is even better known locally for their barrel-aged cocktails, a program that traces its origins to a happy accident involving rhubarb and an excess of unused bourbon. (More on that later.)

During a recent visit and half-hour interview with head bartender and owner Mike Vacheresse (pictured below), the conversation was politely interrupted half a dozen times by regulars passing by. Some asked about the weekend’s upcoming cocktails. One man had a great beer recommendation. Another made a beeline from a local coffee shop just to say hello, steaming latte still in hand. Still another came by to check on the bar’s new outdoor seating dividers, which a group of regulars had helped construct. It was a revolving door of friendliness that felt like a slice of Midwestern charm with a Brooklyn twist. 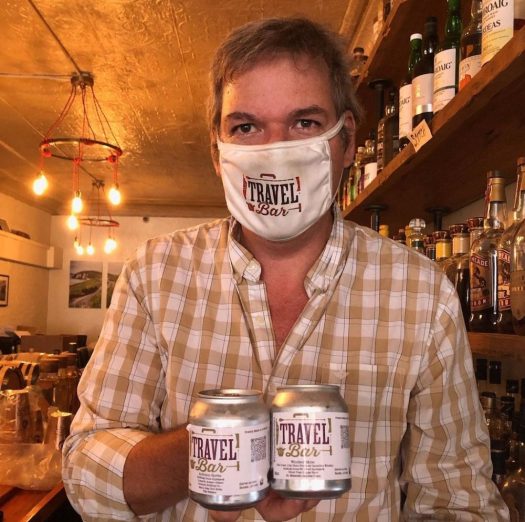 First, some context. Travel Bar was founded in 2014 by Vacheresse and business partner Joe Sweigart. The choice of location was happenstance, the name even more so. After more than a year of searching for a prime spot,  Vacheresse and Sweigart came across the current Carroll Gardens property and decided to lock in the lease. Unfortunately, they hadn’t spent any of their search time narrowing down a name. That’s when Vacheresse — a Columbus, Ohio native with a 30-year career in bartending and hospitality — found inspiration in his suitcase.

“I’ve had travel bars, the actual little suitcases, since the eighties,” says Vacheresse. “They were just part of my culture of drinking with friends and going out and camping. I liked it, so that’s what we went with.”

Early on, Vacheresse and his team focused on the whiskey, and their initial selection included about 50 favorite brands. From opening night through today, Travel Bar has focused on one-ounce pours for both individual orders and flights. They want customers to bounce from one bottle to the next, or as Vacheresse told us, “travel through the whiskey.”

“I like selling everything one ounce at a time. I like smaller brands,” says Vacheresse. “I like it when people in the industry walk in and say, I don’t recognize half the bottles on that wall. I also like turning people on to the smaller brands, and that’s what keeps interesting.”

But don’t be fooled: A love for small brands doesn’t mean Travel Bar isn’t packing some traditional heat. On a previous visit, I enjoyed their 15 Year Bourbon Flight, priced at $80 and featuring Old Fitzgerald Bottled in Bond 15 Year, Barrell Craft Spirits 15 Year (2018 release), and Pappy Van Winkle’s Family Reserve 15 Year (2019 release). While not at bonafide bargain prices, it’s a flight that would almost certainly go for north of $100 elsewhere in New York City. 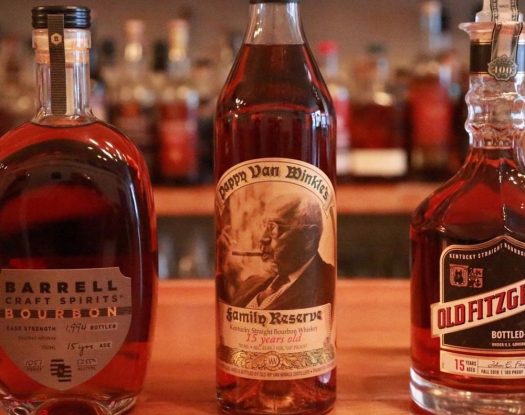 If Travel Bar newbies come for the flights or a hard-to-find, bottle, it seems like they stay for the barrel-aged cocktails. The program started when Vacheresse set out to buy a limited edition bourbon. In order to do so, he had to make a large minimum order for a more common release. (Vacheresse wouldn’t reveal the brand.) 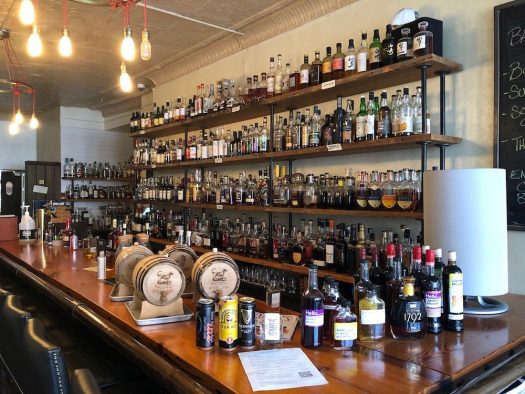 Of course, not every barrel-aged cocktail is a runaway hit, but it’s clear Vacheresse and his team enjoy the crafting as much as the sampling. One prototype I tried was a light rye-meets-blueberry concoction that I’d be thrilled to order as-is. But in sampling a first pour, Vacheresse simply smirked and commented it needed a few more weeks in the barrel.

While the barrel cocktails have grown in popularity, it wasn’t until COVID-19 forced a shutdown that Travel Bar’s team realized the financial impact they could have. With bars and restaurants closed starting in March 2020, regulars and new customers alike flocked to Travel Bar’s doorstep looking for takeaway libations.

“It is not an exaggeration to say selling the barrel aged cocktails is how we survived,” says Vacheresse.

In addition to takeaway cocktails, Travel Bar also began offering an ever-expanding list of to-go flights, usually packaged in 100ml glass flasks. Their bottle retail business also thrived, with Vacheresse alerting regulars to chase expressions he was able to secure by the case; often, the cases sold out just hours after email notifications went out. At his customers’ request, Vacheresse also set up a GoFundMe for the bar’s staff. While the bar has lost some staff members to relocation, Travel Bar successfully weathered the worst of the COVID era thanks to their passionate regulars. 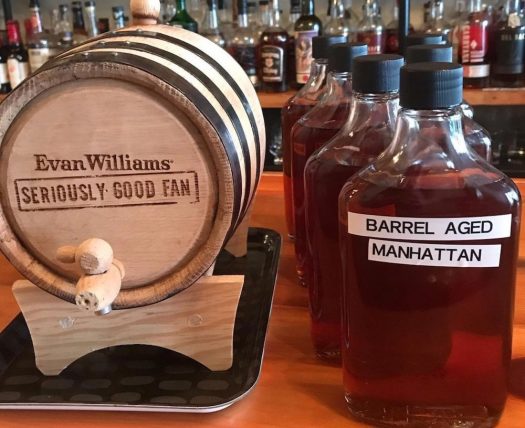 If there’s one knock against Travel Bar, it’s that the regular-friendly atmosphere can seem a little too insular, almost like the bar’s wide-open door is just the false barrier to entry. But as with many good things in life, a little patience goes a long way. Ask questions, inquire eagerly, and even the greenest customer will be embraced, especially if they’re willing to try something new. Proximity helps, too; learning a bar’s dynamic is a dance that gets easier once indoor drinking is back up and running in full capacity.

Travel Bar is already planning for that gradual return to normalcy. Sometime during the summer of 2021, they’ll combine two years’ worth of anniversary parties into what Vacheresse calls “a ridiculously large, great anniversary party.”

The drink of choice?

“Once a year, I make a punch with Stagg Jr. bourbon,” says Vacheresse. “I know everyone is already looking forward to that.”