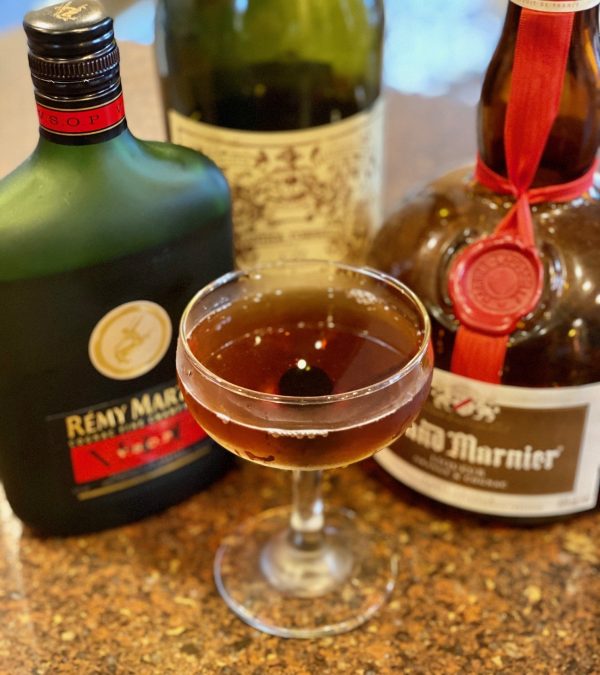 Who doesn’t love French things? Well, I guess there was that whole Freedom Fries kerfuffle years ago, but since then I hardly know anyone who doesn’t talk fondly about the trip they took or will eventually take to the wine and culinary capital of the world.

This cocktail is perfect for the budding Francophile, adapted from the original recipe found in Drinking French by famed chef and food writer David Lebovitz. It’s a riff on the foolproof Manhattan with a focus on French ingredients. The traditional rye whiskey is replaced by Cognac, giving the cocktail a silky, fruit-forward body without the spice of the classic, while the use of Grand Marnier “Cordon Rouge” adds an elegant citrus sweetness amplified by the use of orange bitters. To keep things entirely French, you can use a native sweet vermouth like Dolin or Noilly Pratt. I cheated with Antica, which hails from Turin just over the Italian border (where the French learned to make vermouth, anyway), and I used a little less than the original recipe to allow the cognac to stand out more. A votre santé.

Combine all ingredients in a mixing glass over ice and stir until well-chilled. Strain into a chilled coupe and garnish with a cocktail cherry.