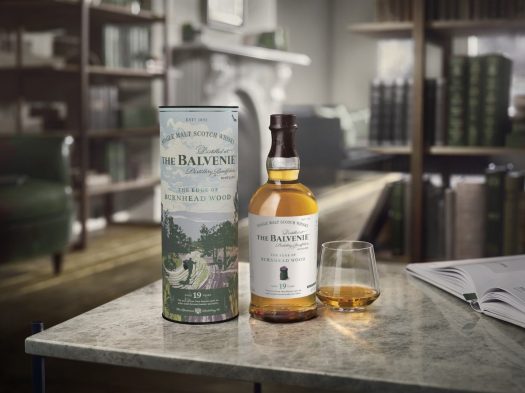 In 2019, The Balvenie dropped three inaugural entries into The Balvenie Stories series, a line of whiskies that “tell the story” of various key figures at the distillery. Recently, a fourth Story has arrived, a 19 year old called The Edge of Burnhead Wood, though it doesn’t exactly have a human element behind it. To wit:

Inspired by the fragrant, heather-cloaked highlands which surround The Balvenie Distillery, The Edge of Burnhead Wood celebrates the pastoral tale of how The Balvenie craftsmen experimented with the distillery’s natural resources to find the perfect match between fresh heather and barley. The expression, which is made from locally sourced ingredients found in the distillery grounds — home-grown barley malted at The Balvenie Maltings, water from the Convel hills, and fresh heather from Burnhead Wood — retains the familiar robust Balvenie taste, with a delicate fruitiness, as well as notes of light spice and juicy fruits.

Grain-to-glass whiskies don’t usually hit the bottle at the ripe age of 19 years old, so this one’s particularly exciting to sample — particularly since the barley is dried not over peat or indirect heat but rather locally grown heather, something that I’ve never even heard of.

The nose is quiet, and it doesn’t immediately come across as representative of its age. Soft notes of honey butter, shortbread, and a surprising level of malty, fresh-cut grains all pop on the aroma, making this hit the nose with the impact of a younger, less rounded spirit. There’s some spiced apple here, but otherwise not a lot of fruit, which surprises again considering the source of the distillate. The palate is richer and more evocative, but it’s never a barn-burner. There’s ample vanilla and more of that apple-cinnamon spice, plus some dark chocolate and a clearer charred barrel influence, but the lattermost note is more subtle than expected. A gentle smokiness driven by the heather — though nothing approaching a peated whisky — emerges with time in glass, but again it’s mild, a nod at its rustic roots more than a defining character.

$300 may be asking a lot for what presents itself as a largely straightforward single malt — but one can’t discount the value, at least to some extent, of its unique underlying story. It’s definitely worth at least sampling to experience the heather-drying element alone — but Balvenie makes a lot more interesting whisky than this.

The Balvenie Stories - The Edge of Burnhead Wood 19 Years Old 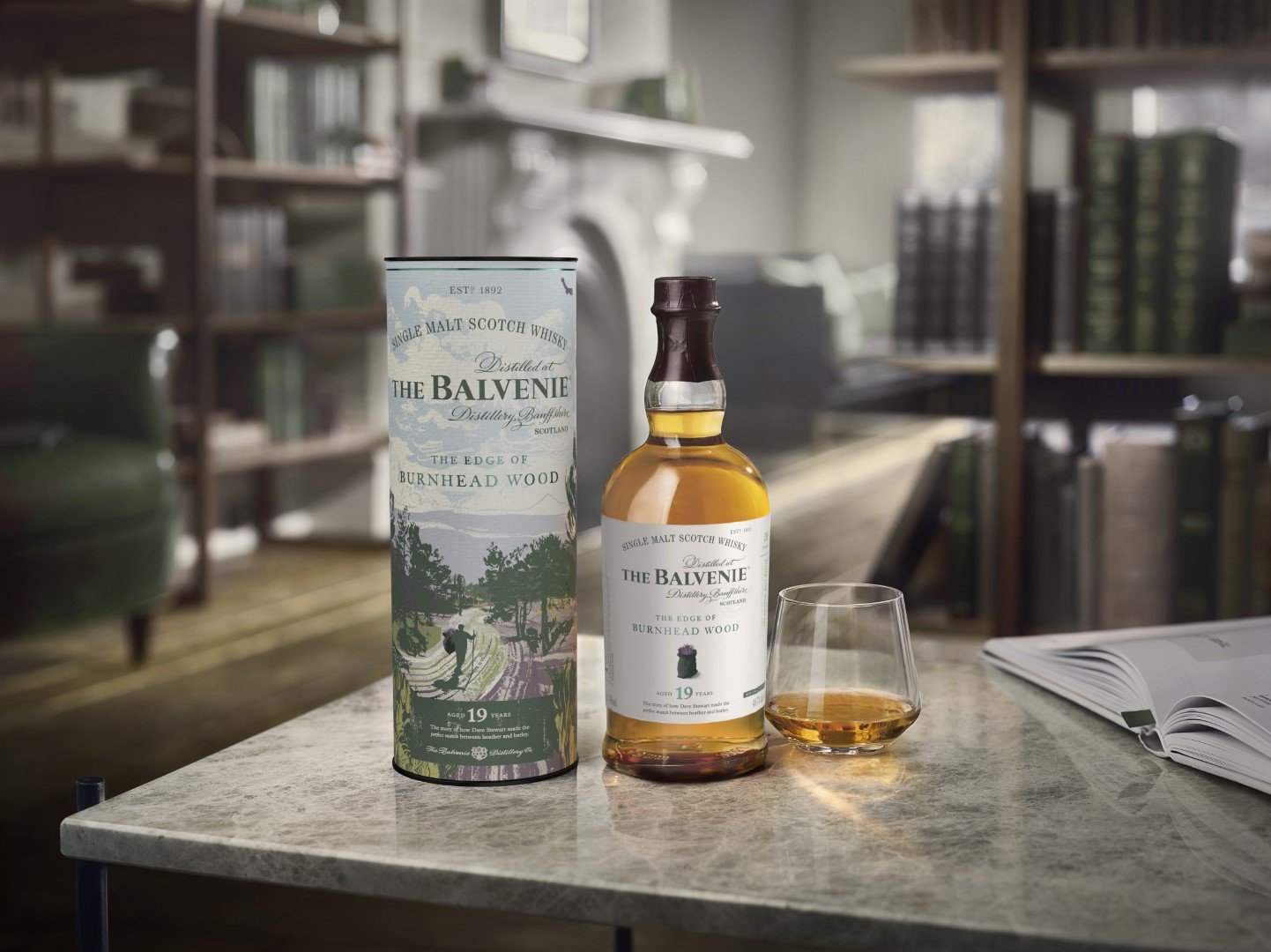