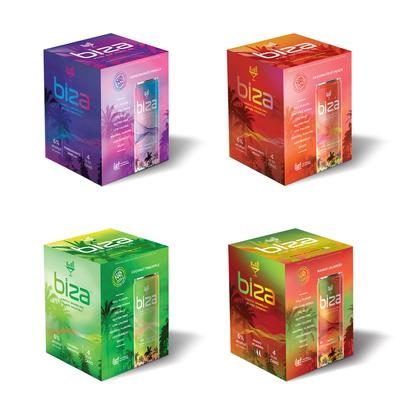 Depending on how you frame the question and with whom you are speaking, the answer to “What is Ibiza?” could be twofold: a magical island filled with kindhearted soul searchers steeped in tradition, mysticism and unparalleled beauty both in spirit and physical. Or it’s a place where Europeans go for weeks on end during their holiday to bathe in 24/7 electronic dance music and indulge in large quantities of chemical refreshment and altered states of consciousness. But then again, two things can simultaneously be true. There is usually a center and overlap to a Venn diagram.

Biza, the latest in a seemingly limitless trend of sparkling cocktails, attempts to capture a little bit of both spirits with its inaugural product lineup: A gluten-free vodka-based drink that blends all-natural ingredients and stevia sweetener into a can with the aim of placing one right on the island. So how did they do? Let us find out. Cameras ready, prepare to flash.

Biza Passionfruit Punch Cocktail – The peach comes through very pronounced and does not let up, which unfortunately mutes the passion fruit until the end. There’s also an odd carrot juice overtone mingling about, but this enhances the peach character rather than detracting. B+

Biza Mango Jalapeño Cocktail – A tad on the syrupy side, not unlike the Dole Pineapple Orange drinks that came in small cans with peel-back tabs. The heat from the jalapeño doesn’t hit until the end and is pleasantly balanced: not too overpowering, giving just enough fire to last until the next sip. B

Biza Pomegranate Vanilla Cocktail – After multiple attempts to force this one down, the conclusion reached by this writer was that the whole thing resembles a fruit cocktail marinated in Dimetapp and stevia, then blended with Robitussin and seltzer water. This must be representative of when the party hangover kicks in. D

Biza Mango Coconut Pineapple Cocktail – This is easily the most tropical and accessible of the range, and the clear winner of the gang of four. There is a balance of sweetness between the pineapple and coconut that’s refreshing and makes for easy drinking. I could drink this poolside or at the beach listening to a DJ set from Phil Mison all day and have absolutely zero complaints. A-

The inaugural offerings from Biza are a well-intentioned first attempt but a mixed blessing in capturing the island spirit. Perhaps some overall tweaking on the stevia would help matters, especially with the Pomegranate Vanilla blend. As a bonus, there are QR codes one can scan, leading to company-curated Spotify playlists attempting to capture Ibiza’s legendary soundtrack (RIP Maestro Jose Padilla). While these playlists do not bear even a remote resemblance to what is actually played on Ibiza, they do provide something to listen to while drinking, however much the mark is sorely missed*.

*Bonus: this playlist may be closer to the actual sounds of the island 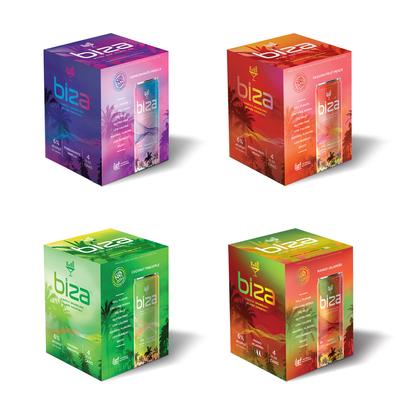 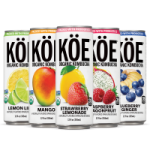