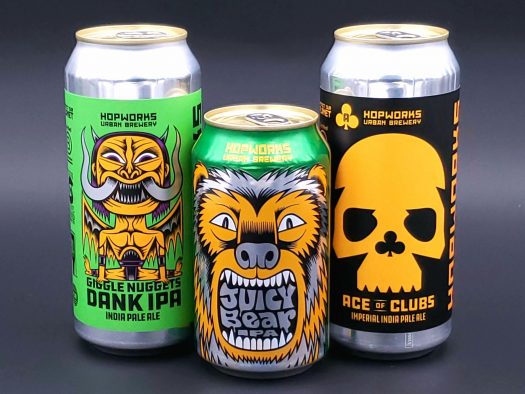 Trying Cascade Brewing’s excellent sour in January left me thirsty for more Portland beers. This month we have line-up of IPAs from the hop savants at Hopworks Urban Brewery. Let’s see if these three can stand out in a crowded field.

Hopworks Urban Brewery Juicy Bear IPA is the lightest in color of the three, sporting a golden hue with no shade of amber. This one may be juicy, but it isn’t hazy. The beer leans almost entirely on flame-out and dry hop additions of modern, fruity varieties which gives the beer Mango Hi-Chew aromatics laced with strawberry and grapefruit. There is modest malt flavor and almost no bitterness or astringency to speak of. The focus is on the deftly blended fruity hops, resulting in an easy-to-drink IPA that’s far from simple. 6.5% abv. A- / $10 per six-pack of 12 oz cans

Hopworks Urban Brewery Giggle Nuggets Dank IPA is just as hoppy as Juicy Bear although the hops smell more of pine, fresh herbs, and lemon peel with a touch of juniper. This is a familiar but polished American IPA nose. The color is deeper, bordering on light amber with a subtle reddish hue. The beer is more assertive than Juicy Bear; it’s several steps heavier despite having only a degree more alcohol and it’s much, much more bitter. Regrettably the beer’s finish is on the astringent side with a thickness on the mid-palate that overstays its welcome. Still, the flavor is solid, and it’s a worthwhile IPA despite the somewhat clumsy finish. 7.5% abv. B+ / $12 per four-pack of 16 oz cans

Hopworks Urban Brewery Ace of Clubs Imperial IPA’s nose is in-between Giggle Nuggets and Juicy Bear: It displays some pine and forest-like qualities but I also pick up some stone fruit like apricot and yellow peach. Color is similar to the almost-amber shade of Giggle Nuggets, but it’s slightly turbid and without the reddish hue. On the palate is where this gets interesting! Ace of Clubs is the least hoppy of the three with sweet malt taking center stage. The stone fruit character of the hops found on the nose translates to the palate, and tasted with the malt the overall effect is like honey bread smeared with peach preserves. Ace of Clubs brings to mind an outlandish hybrid of an IPA and a barleywine, yet it pulls it off beautifully. 9.1% abv. A- / $13 per four-pack of 16 oz cans 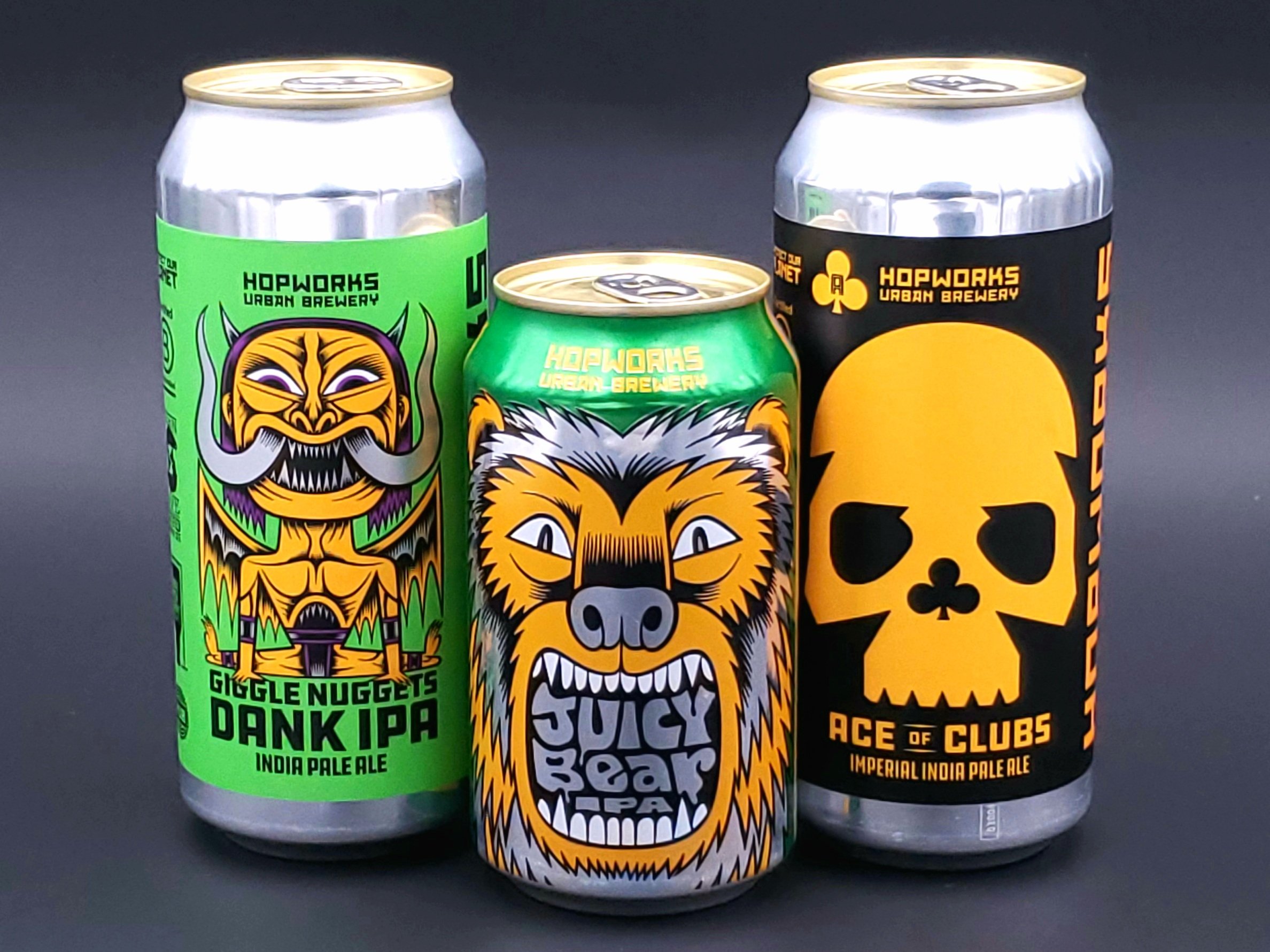 Review: Bear Republic Thru the Haze and Drift Racer
Posted in Beer, Rated A-, Rated B+, Reviews