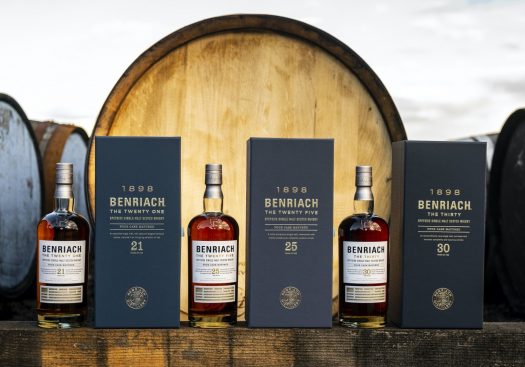 Recently we covered the bold relaunch of Benriach, which ditched its complicated and seemingly ever-changing lineup now that master blender Rachel Barrie is running the show. Benriach originally relaunched with four core expressions — two 10 year olds and two 12 year olds, one unpeated and one peated in each age group. Now the core lineup has been completed as it expands to seven expressions, including a 21 year old, 25 year old, and 30 year old. Each of these is available in only one version, and all three contain peat to some degree — highly unusual for a Speyside malt.

If the 21 and 25 year olds sound familiar, that’s because Benriach just launched both of them within the last two years. These are both being relaunched, with new labels and, in the case of the 25 year old, a new formulation. The 21 year old is pretty much the same, and the 30 year old is an entirely new release. The details on all of these can be found below, along with our tasting notes, which were developed during an online tasting session with Benriach global brand ambassador Stewart Buchanan. Buchanan says a big goal of the relaunch is to make Benriach’s lineup more consistent over time, so with any luck, these reviews will stay relevant to what’s available in the market for a few years to come.

Benriach The Twenty One (2021) – No real changes here vs. the 2020-released 21 year old. It’s a vatting of four cask styles: American bourbon casks, virgin oak, oloroso sherry, and red wine casks. There’s just the lightest touch of peat here on the nose, a gentle charred character that folds in notes of honey, almond, and nougat. The palate is complex but sweeter than expected, those baking spice notes giving the palate a cookie dough character atop a classic core of baked apples. Touches of lemon emerge in time, along with some coconut notes and a finish of vanilla and caramel — with just the lightest reprise of peat. A- / $140 [BUY IT NOW FROM DRIZLY]

Benriach The Twenty Five (2021) – This new 25 year old is a significant shift from the 2019 version, with four casks are used here: American bourbon casks, virgin oak, sherry, and Madeira casks. (It’s also a slightly lower abv than the 2019 version.) The smoke is a bit more prominent here, but it’s the Madeira that gives this whisky a much different character than the 21 year old. Sharp and winey on the nose, the palate gives way to lots of fruit in the form of ripe banana and juicy orange, laced throughout with a moderate smokiness. The finish lets the sherry come more to the fore, layering in some notes of ginger and a bit of seaside brine that complements the fruitier elements nicely. A- / $390 [BUY IT NOW FROM DRIZLY]

Benriach The Thirty – Unlike the lightly peated 21 and 25, the newly launched 30 year old expression is highly peated (meaning all of the whisky in the blend is from peated stock). Aging is done in Pedro Ximenez sherry casks, bourbon barrels, virgin oak casks, and Port wine casks. There’s an austerity here that you don’t see in the 21 or 25, and the peat is definitely more evident on the nose — though it comes across more as campfire smoke than anything with a briny maritime quality. The leathery, Old Spice notes driven by the PX sherry take a front seat on the nose, but the palate finds room for some fruit to creep in, showing off caramelized apples and bananas before a note of cigar box hits on the finish. There’s more peat on the reprise, but it’s mild and sedate, working well with what’s come before. A- / $735 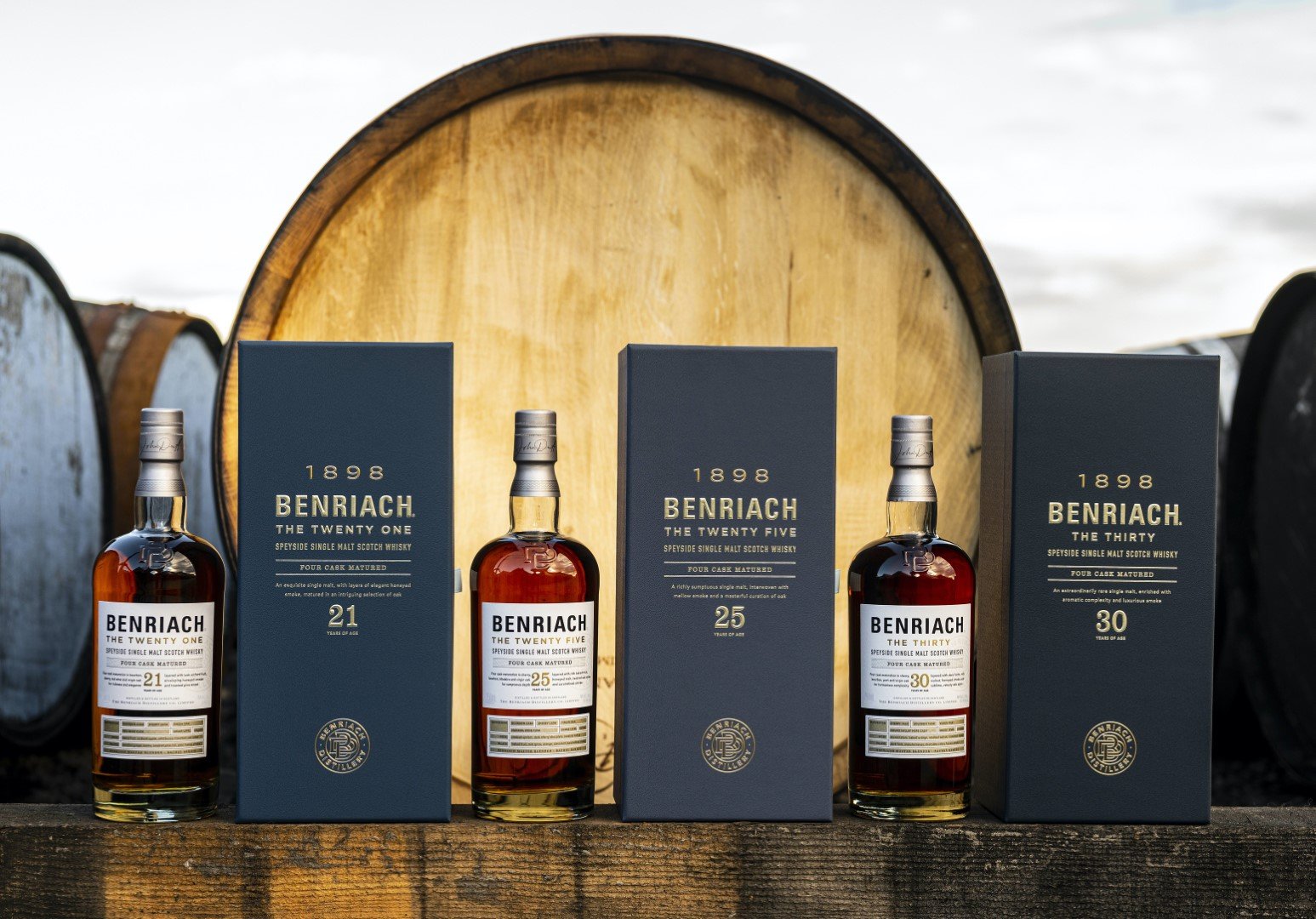 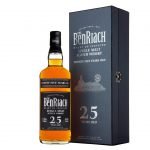