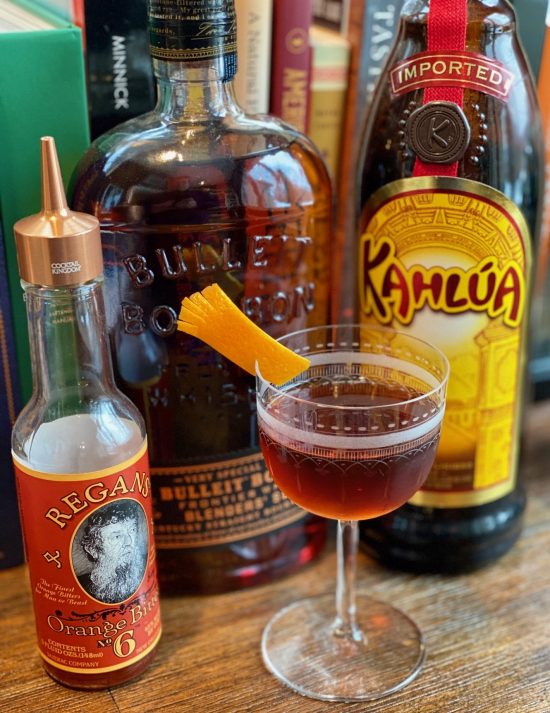 Who doesn’t love an easy cocktail? Well, it doesn’t get much simpler than the Revolver. It’s a riff on a Manhattan, and its quality, like a lot of uncomplicated cocktails, relies on the ingredients. The drink was created almost 20 years ago by Jon Santer, a well-known San Francisco bartender who popularized the drink at the pioneering speakeasy Bourbon & Branch (which he helped to open).

When he first conceived of this elegantly easy cocktail, Bulleit Bourbon was all the rage, so it became his go-to. For my version, I used the more flavorful and slightly higher proof Blenders’ Select for its standout chocolate and cherry notes to compliment the coffee liqueur. I feel like Jon would approve. As for the coffee liqueur, there are several good options on the market, but it’s hard to beat tried-and-true Kahlua. Throw in some orange bitters (hard to go wrong with Regans’), and the only thing left for this one is a match and an orange peel. Try not to burn the house down.

Combine all ingredients in a mixing glass with ice and stir until well-chilled. Strain into a chilled coupe and garnish with a flamed orange peel.