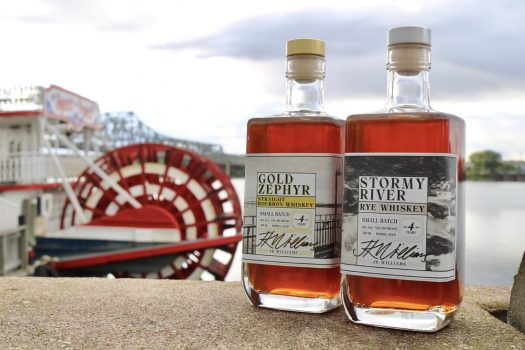 Did you know: Before 1837 and 1919, Peoria, Illinois was home to 73 distilleries and 24 breweries and was known as the Whiskey Capital of the World. Before Prohibition, Peoria paid more liquor tax than anywhere else.

JK Williams was a Peoria-based bootlegger of the time, and last year Andy Faris and Stacy Shunk purchased the brand, “carrying on the legacy of Peoria’s oldest continuously operating distillery.”

First from the new operation are two four-year old whiskeys, including a straight bourbon and a straight rye, made according to Williams’ family recipe. Let’s check them out. Both are 90 proof.

JK Williams Gold Zephyr Bourbon 4 Years Old – Aggressive and racy, this youthful bourbon offers immersive but savory aromas of hemp, well-toasted grains, oiled leather, and peanut shells. The palate doesn’t stray from the course, doubling down on peanut butter notes, then folding in milk chocolate and dark brown sugar before riding a line of sesame oil to a gently sweet, gently woody finish. The conclusion leaves behind notes of campfire embers and a touch of sawdust, but the lumberyard element never feels overdone. A solid start from JK Williams. B / $60

JK Williams Stormy River Rye 4 Years Old – Craft rye tends to be a bit more rustic than craft bourbon, and this bottling is no exception, at least up top: punchy on the nose with notes of herbed crackers tempered by some malted milk, plus a touch of barrel char adding a bit of smoke. The palate is bold and chewy, heavy with more of those herbal notes and a doughy character that works to mask some of the interesting fruit notes that emerge here. I get a fair punch of apple and baked pear, both of which pair nicely with the heavier spice notes — with hints of vanilla and cinnamon building on the finish. This rye starts off a bit on the punchy side, but as it develops in glass, it becomes decidedly more charming. B / $66 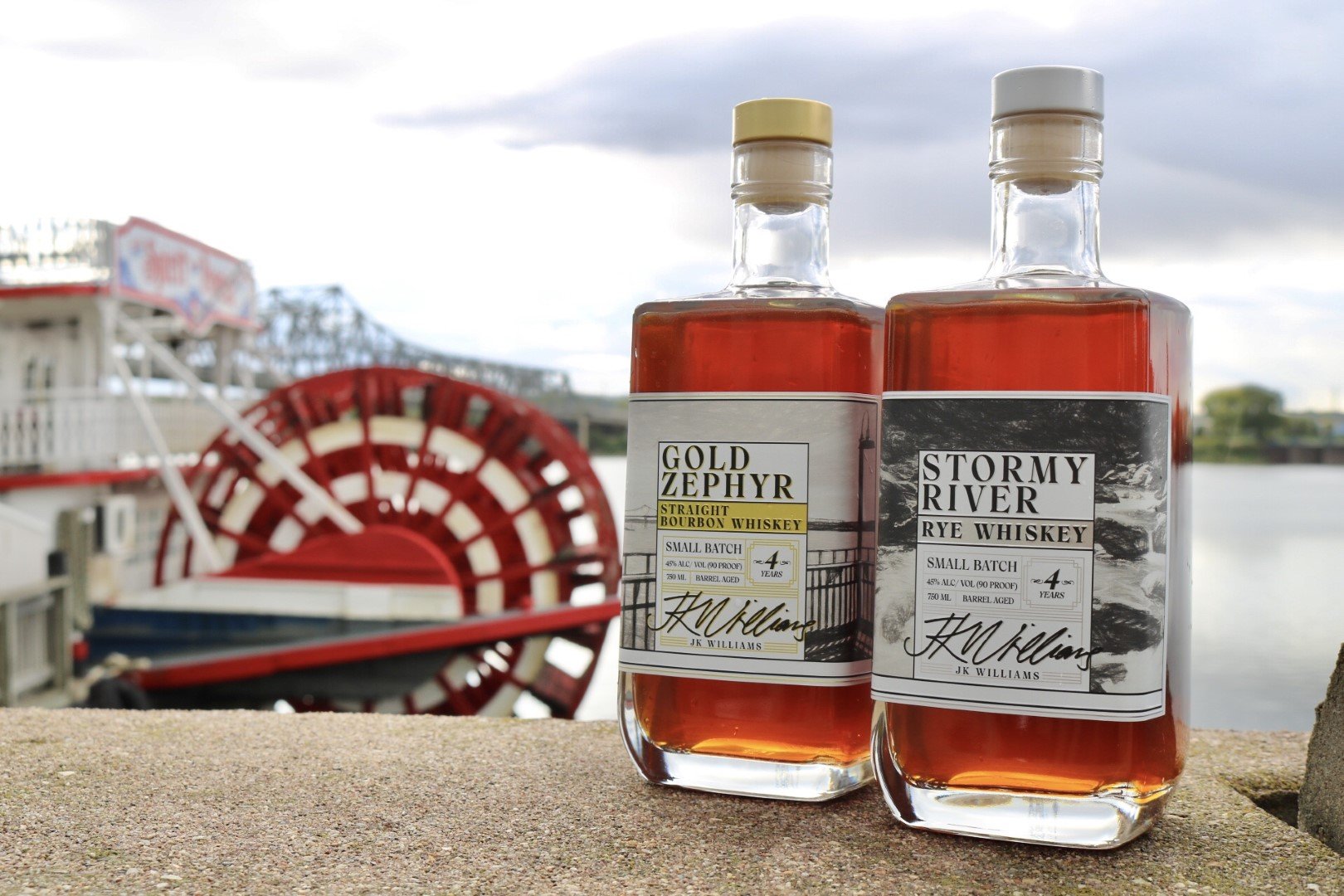