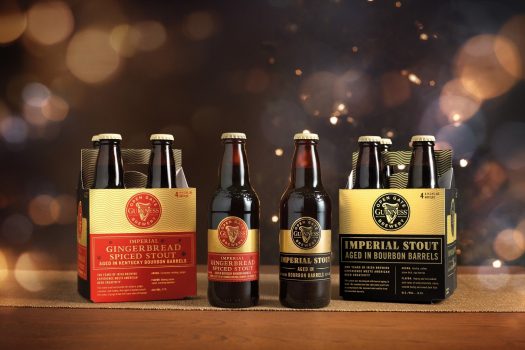 Guinness is no stranger to taking its stout and aging it in bourbon barrels, and for this winter it has two special editions on tap. Let’s dig in.

Guinness Imperial Stout Aged in Bourbon Barrels (2020) – This is not the same release as 2018’s Guinness Stout Aged in Bulleit Bourbon Barrels, but it’s probably pretty close. The bourbon notes are right up front here, all dark chocolate and lots of vanilla, with a decidedly moderated bitterness that evokes a sense of whiskey barrel char. Creamy despite not being nitrogenated, some oaky notes take hold more toward the finish, which offers a distinctly dessert-like composition of fudge, raisins, and red fruit. The 10.3% abv is impossible to detect, so be warned. A-

Guinness Imperial Gingerbread Spiced Stout Aged in Kentucky Bourbon Barrels -Take the above, add some spice, and pump up the abv even more and boom, you’ve got an Imperial Gingerbread Spiced Stout. I bit too spicy and a bit too syrupy, the gingerbread element seems to have pushed this one just a touch too far over the edge. What starts off as a holiday confection eventually becomes cloying and overly sweet, its ginger, cinnamon, and nutmeg notes pairing with the fruit-heavy base to give the beer more of a sense of mulled wine than stout. 11% abv. B 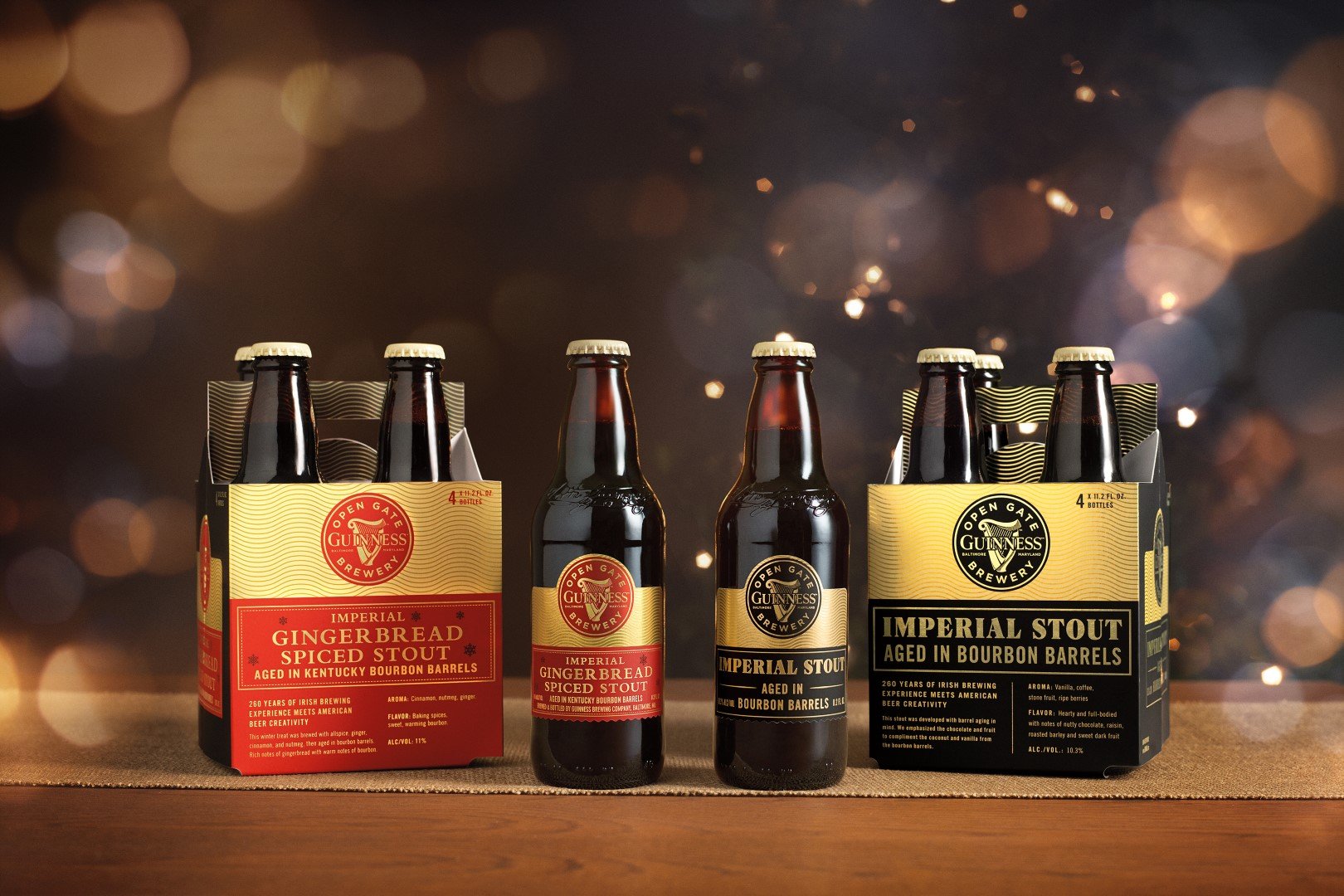 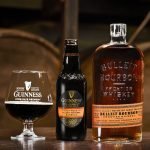