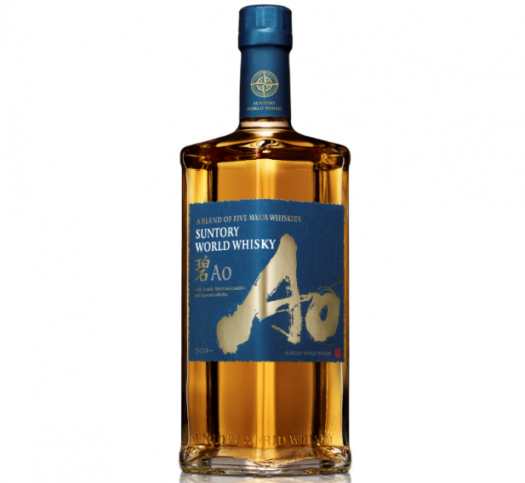 It’s safe to say that a whisky like Suntory Ao is one of the most unique whiskies the market has ever seen. The idea, however, is simple: Gather up whiskies from the five most noteworthy whisky regions in the world —  Japan, Scotland, Ireland, Canada and the U.S. — and blend them into a perfect whole, courtesy of Suntory chief blender Shinji Fukuyo. The result is Ao Whisky, a name that means “blue” in Japanese and which is intended to evoke “the oceans that connect these distilleries together.”

The one-of-a-kind whisky is a tribute to the liquids’ long history, perfectly capturing the heathery flavor of Ardmore and Glen Garioch in Scotland, the complexity of Cooley in Ireland, the smoothness of Alberta in Canada, the vibrance of Jim Beam in the U.S. and the subtlety of Yamazaki and Hakushu in Japan. With notes of vanilla, tropical fruit and cinnamon, it is the distinctive climate, fermentation and distillation processes in each whisky-making region that give the whisky its unique taste. [The careful reader will note that these are all Suntory-owned distilleries.]

Ao is a reference to the beautiful color of the ocean (?, Ao in Japanese), a tribute to the crossing of oceans and seas taking place as these whiskies of the world and Japanese craftsmanship meet. The bottle is five-sided in honor of the five major whisky-making regions. The calligraphic lettering was written by Japanese calligrapher Tansetsu Ogino with an intent to represent the whiskies’ global origins and Japanese craftsmanship.

With that under our belts, let’s taste it.

The nose of the whisky evokes Scotch mostly, arguably a blend (which is fitting, considering that’s basically what this is) vs. a single malt. Notes of well-toasted, heathery grain, a touch of smoke, and some lemon-heavy citrus are all evident, along with a honey note that recalls some Irish bottlings. The palate doesn’t really shake the boat, offering a malty core that’s touched with milk chocolate and some vanilla — perhaps the Jim Beam showing through, though just barely. From there the whisky adopts an earthier note, sultry but subtle, and nodding at some of the more aggressive wood elements you’ll find in Suntory’s Japanese stock, finishing with a reprise of citrus, just a bit. The balance, much to my surprise, is impeccable. While you’d have to be a savant to pick out all the component elements, Fukuyo has put them together so artfully that one really doesn’t feel like they need to bother trying.

As the highest-end of infinity bottles, Suntory Ao is one to seek out… next time you’re in an airport, anyway. It’s currently available at travel retail outlets only. 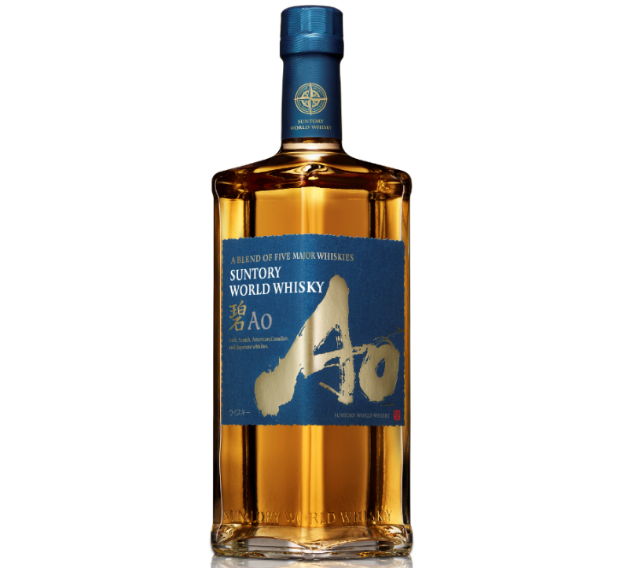