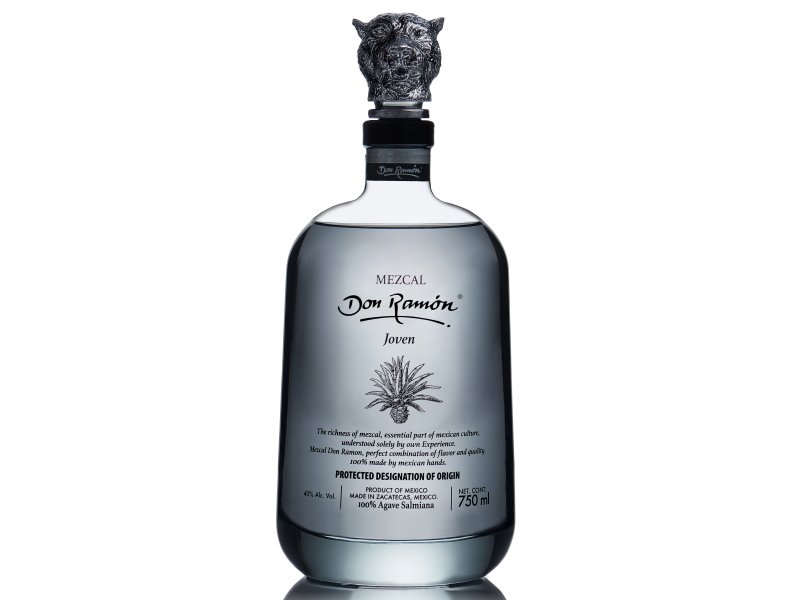 Don Ramon’s range of tequilas have been around for a while, aiming for an upmarket image by recruiting ex-James Bond actor Pierce Brosnan as their brand ambassador. It’s notable, then, that in late 2020 they chose to launch Mezcal Don Ramon. Mezcal is usually seen as a more artisanal spirit than tequila, often made in small batches by family-run distilleries and not making too many in-roads into foreign markets.

That has been changing in the last few years, as more people — especially bartenders — have become aware of mezcal’s potential both in cocktails and as a drink in its own right. The arrival of Mezcal Don Ramon can only be another boost for mezcal’s fortunes. What’s unusual is that the company has chosen to use the salmiana agave, which is one of the less common of the 30 or so agaves that can be used for making mezcal.

The bottle certainly stands out, with a cork that’s topped with the silver head of a jaguar, a significant symbol in Mayan mythology. It’s a long way from the days when mezcal was seen as that drink with a grub in the bottom of the bottle.

On the nose, the mezcal is very herbal and earthy. The initial earthiness gives way to the slight smokiness associated with mezcal, though it is quite slight, and there’s some contrasting peppermint and lemon citrus, and spiciness. Nose this blind and you’d probably assume it was a fine scotch, perhaps one of the less peaty Islay expressions. Perhaps more distillers should be using the salmiana agave?

The palate doesn’t disappoint either, being equally complex and satisfying. The earthiness and the smoke are still there but are now joined by some vanilla sweetness and a surprising minty note. On the finish there’s some black pepper, and a pleasingly lingering smokiness. As this is a joven or young mezcal, which means aged for less than two months, it bodes well for the future should Don Ramon decide to put it into barrels.