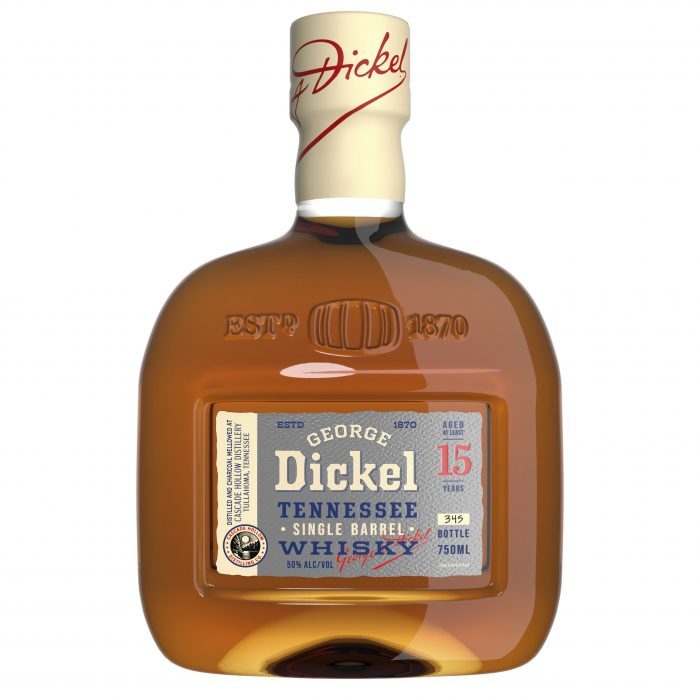 George Dickel is clearly sitting on sizable stocks of well-aged whiskey. The release of their Bottled in Bond in 2019 (first a 13 year and recently a more modest 11 year) and the ever-growing list of brands relying on older, sourced Tennessee whiskey have suggested as much, but now we have this, a new single barrel pulled exclusively from stocks aged at least 15 years.

This new bottling appears to be something of a refresh for Dickel’s private barrel program, which whiskey-lovers could be forgiven for never knowing about. It was admittedly pretty paltry compared to many other American whiskey producers with only the occasional “Hand Selected Barrel” popping up under the brand’s Barrel Select label, and those rarely showcasing whiskey aged more than ten years.

George Dickel Single Barrel Aged At Least 15 Years comes packaged in the same squat bottle as Barrel Select, so it’s unclear what that portends for the future of that line. We’re told to expect offerings direct to retailers, as well as the private barrel selections that will have priority access to the highest proof options from the top tiers of the Dickel ageing warehouses (not that that always equals the best). Since these are all single barrel offerings, abv will vary from 40% to 52.3%, according to Diageo. Let’s check it out.

On the nose, this single barrel shows all the hallmarks of classic, well-aged Dickel with rich caramel and subtly savory barrel notes. There’s also loads of baking spice, but unlike the Bottled in Bond 13 Year, the spices here skew towards the brighter end of the spectrum: clove, nutmeg, and freshly grated cinnamon, along with lots of sweet orange zest which really sets this nose apart from other Dickel offerings I’ve encountered. On the palate, that citrus element shines up front with candied peels and clove-studded orange before giving way to cinnamon sugar, buttery yeast rolls, and a gently warming finish of pralines and butter brickle ice cream. It’s not quite as balanced as the well-layered Bottled in Bond, but this is a single barrel, after all. Your mileage will certainly vary with these, but for 15-year-old single barrel American whiskey of this quality, it’s hard to imagine a better value right now.