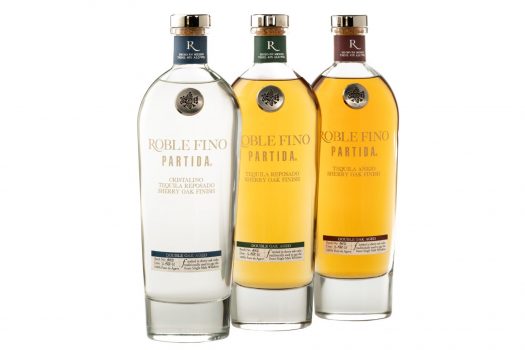 Tequila Partida is taking a cue from the Roca Patron with the launch of an upscale series of tequilas that pushes the brand further upmarket. This new limited release series is known as Partida Roble Fino, the trick being that its three expressions — Reposado, Reposado Cristalino, and Añejo — are all finished in sherry-seasoned single malt Scotch casks.

Roble Fino, which translates to “Fine Oak”, is a limited release of only 7,200 bottles which are available in select markets across the US. Partida Roble Fino tequilas combine Partida’s award-winning tequila with Edrington’s (owners of single malt Scotches The Macallan, Highland Park, and The Glenrothes) best in cask management. Roble Fino includes a Reposado, Añejo, and the world’s first-ever whisky sherry oak finished Reposado Cristalino.

When Partida’s Maestro Tequilero, José Valdez, visited Scotland for the first time in 2018, he immediately felt the connection to the homeland of the world’s finest single malts. After touring and tasting through Scotland’s top distilleries, his firsthand experience learning from their master blenders and masters of wood on cask management was inimitable. With the knowledge of how casks can elevate spirits to another level of refinement came the idea of Partida Roble Fino and the desire to finish his top-rated tequila in the world’s most sought-after casks. Affectionately known as “The Single Malt of Tequila” by Valdez and his team, Roble Fino marries these distinct flavors while maintaining Partida’s agave flavor to create the ultimate sipping tequila.

“After my visit to Scotland, I wanted to explore how I can combine these four corners of the world: the volcanic red soil from Mexico, bourbon barrels from the US and Scotland’s single malt barrels finished in Oloroso casks from Jerez de la Frontera,” says Maestro Tequilero José Valdez. “Balancing the journey from Mexico to Scotland and Spain required a great amount of taste testing and in the end, we’ve created an incredible agave-forward spirit, double aged in American oak and Spanish white oak. It’s truly the single malt of tequila and unlike any you’ve ever tasted before.”

Here’s a dive into the full lineup.

Tequila Partida Roble Fino Reposado – This starts with Partida’s standard Reposado, which is aged for a minimum of 6 months in ex-bourbon barrels, and is then finished an additional 2 months in ex-single malt, sherry seasoned casks. Quite lively on the nose, the tequila has a punch of peppery agave that’s deftly balanced with sweeter notes that recall vanilla, almond paste, and fortune cookies, with hints of anise, Mexican chocolate, and red pepper lingering on the finish. Complex and immersive, this is unlike any reposado I’ve encountered in recent memory — and it’s clearly worth exploring. 86 proof. A / $120 [BUY IT NOW FROM DRIZLY] [BUY IT NOW FROM CASKERS]

Tequila Partida Roble Fino Reposado Cristalino – The first-ever Reposado Cristalino finished in ex-single malt, sherry seasoned casks. There’s no info on this one regarding aging and finishing time, but as with all Cristalinos, it’s filtered to clear. As a contrast to the intensity of the standard Reposado, this is clean and light, with just a hint of agave, lemon peel, and green pepper on the nose. The palate is sweet and silky, loaded with caramel and vanilla notes, and with time in glass a gentle character of black pepper and thyme emerge. The finish is clean, rather plainly sweet with a spun sugar character, and otherwise straightforward. While it’s on the simple side for a Cristalino, it’s never short of delicious. 80 proof. A- / $135 [BUY IT NOW FROM CASKERS]

Tequila Partida Roble Fino Añejo – This begins with Partida Añejo which is aged for an extensive 18 months in ex-bourbon barrels, then spending an additional 5 months in ex-single malt, sherry seasoned casks. Surprisingly, the Anejo feels like it’s been pushed too far, something I’ve experienced with some extra anejos that feel washed out. While the nose is classically woody, with overtones of dark chocolate and some lingering punch of peppery agave, the palate shifts directions dramatically. The sherry here is a bit much, giving the palate an aggressively fruity, orange-heavy character that takes a break only to showcase a substantial level of black and red pepper. Balanced it isn’t, jumping from citrus to spice and back again, without a lot of cohesion along the way. The other tequilas in this lineup are simply much more nuanced. Clearly 5 months in sherry barrels is overkill. 90 proof. B / $148 [BUY IT NOW FROM DRIZLY] [BUY IT NOW FROM CASKERS] 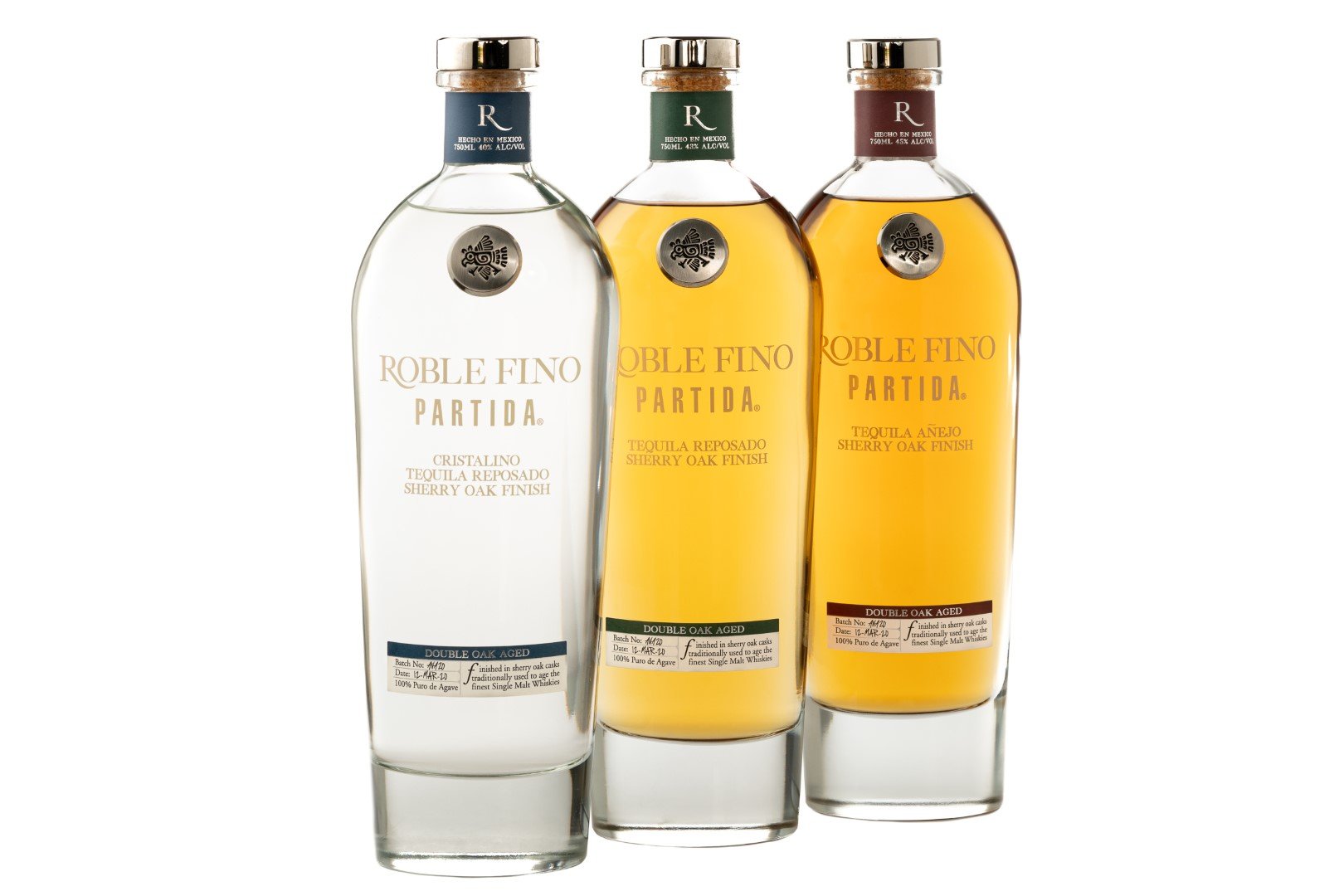