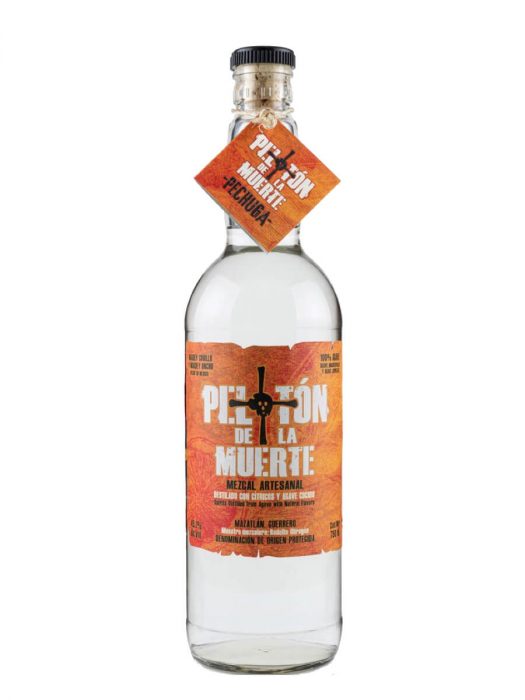 Peloton de la Muerte (literally “death squad”) is a mezcal brand that’s offered a single Espadin-based expression for about three years. We haven’t reviewed it, but we recently received samples of Peloton’s two new line extensions, Criollo and a vegan Pechuga. Both mezcals are produced with wild agave grown in the Mexican state of Guerrero.

Let’s taste them in turn.

Pelotón de la Muerte Criollo Mezcal – This is made from 100% Criollo agave, this mezcal is open-air fermented for 5 days before being double distilled, first in “an Arabic still and then the 2nd pass in a Filipino still with a wood hat.” On the whole this presents with a fairly classic, wholly approachable character. The nose is moderately smoky but clearly quite sweet and fruity, with notes of red berries popping quickly. It’s not altogether complex, but it does represent a middle-road mezcal style well. Bolder smoky notes emerge on the palate alongside an overripe tropical and citrus fruit character. It’s surprisingly salty and lightly vegetal as the fruit character fades, the finish showing a lingering saline note and more hints of green vegetables. Toss in some cocoa powder, black pepper, and a mixture of spices and you’ve got plenty going on as the mezcal fades away. 100.4 proof. B+ / $40

Pelotón de la Muerte Pechuga Mezcal – Pechuga style mezcals are commonly produced with a chicken breast suspended in the distillation pot, but this vegan pechuga — made from a field blend of wild agaves — is made with plant-based botanicals infused during the second distillation in the Arabic still. I’m not sure that qualifies as “pechuga,” and sure enough, it doesn’t. The nose here is redolent not with agave but with orange peel, coming across a lot like one of those orange oil-based solvents that you use to get sticker residue off a window. The palate really doesn’t change direction at all and is similarly one-note. Viscous and chewy, it hits the tongue with notes of orange-flavored candies, filtered just barely through a haze of wood smoke. If you told me this was an orange-flavored vodka, I would totally believe you. Anyone looking for mezcal — especially a creamy, inviting pechuga — is going to be sorely disappointed. 90.2 proof. C- / $40 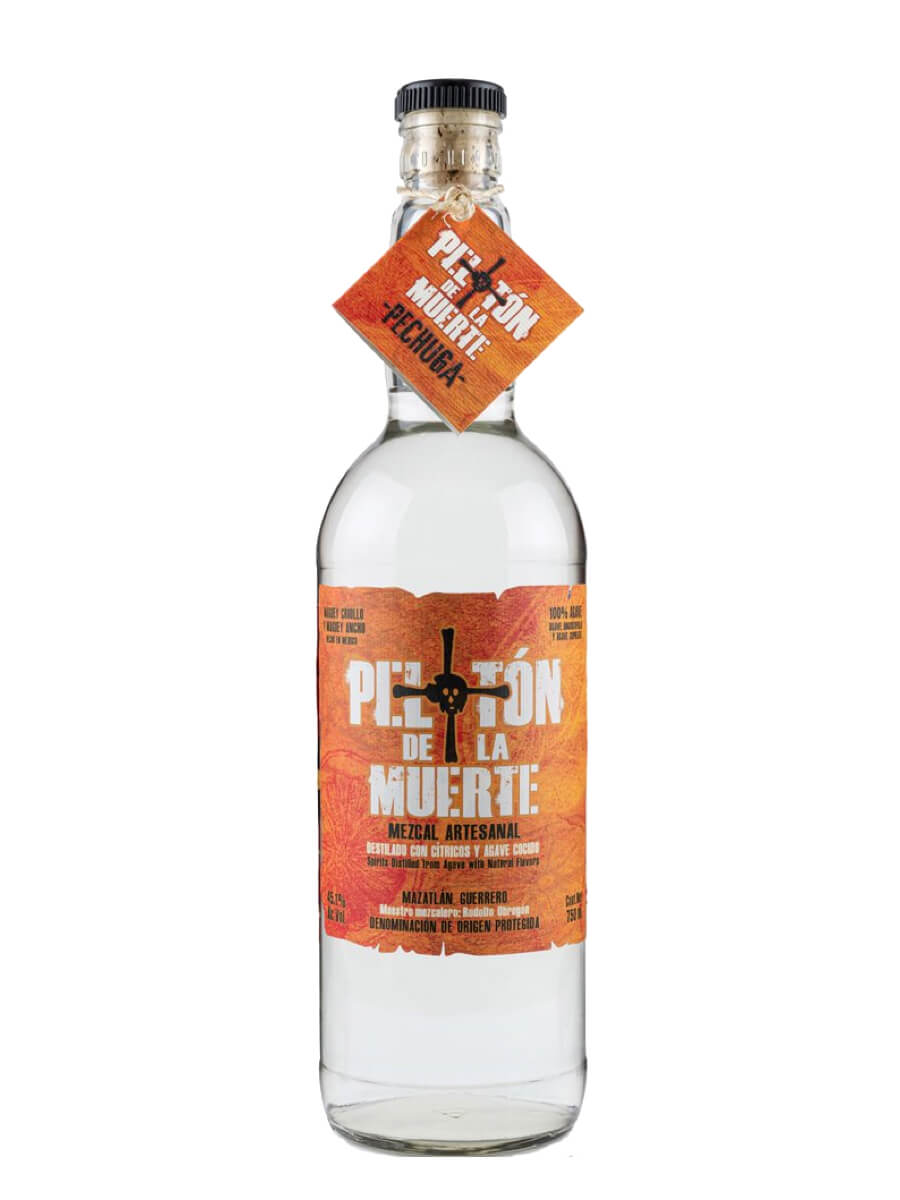