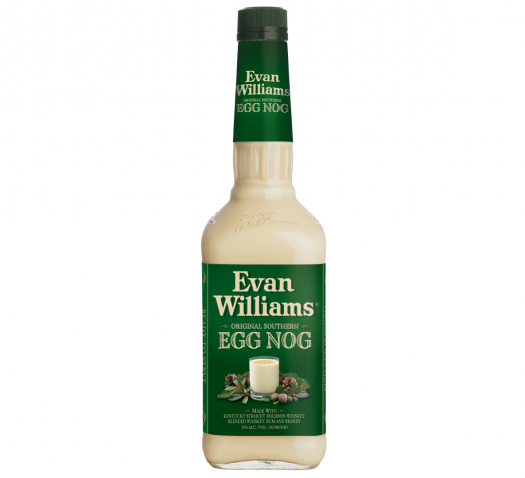 Don’t want to whip up eggnog from scratch? I don’t blame you: Going with something already bottled is so much simpler, less messy, and, arguably, safer to consume, since it’s been pasteurized. Evan Williams’ Original Southern Egg Nog involves a monster of a recipe, including real cream plus the addition of Kentucky straight bourbon, blended whiskey, rum, and brandy. Somehow they still keep the abv down to a reasonable 15%. (Also, there’s no mention of actual eggs in the ingredient list, but those are presumably present alongside plenty of sugar.)

If eggnog is your jam, Evan Williams’ expression is an easy (and dirt cheap) recommendation.

When chilled, the nose is indistinct — unless you grate some fresh nutmeg on top as you’re supposed to — largely presenting a milky, gently sweet aroma. The palate however is explosive with flavor: The intensely creamy body packs in a surprising amount of whiskey character, offering loads of vanilla and caramel, plus a significant amount of cinnamon and nutmeg in the mix. It’s creamy to the point of almost being buttery, with an eggy, ultra-rich finish. It’s tough to polish off a whole glass of it, but that’s really the norm for eggnog, isn’t it?

No doubt this is a once-a-year experience for many of us, but for 10 bucks I’ll take this shortcut any day of the year. Well, on Christmas Day, anyway.