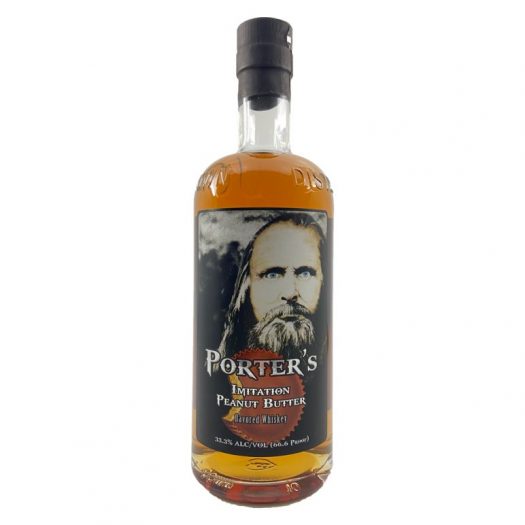 So you want to get on the Skrewball bandwagon and drink peanut butter whiskey… but you’re allergic to peanuts! What then? Why, check out Porter’s peanut butter-flavored hooch, unabashedly marketed right on the label as an Imitation Peanut Butter Flavored Whiskey. That’s intentional, Utah-based producer Ogden’s Own says, so as to inform the 1.2% of the American population that has a peanut allergy that they can drink this whiskey and not have their throat close up.

Porter’s PB & booze certainly smells like peanut butter — or, rather, some fashion of peanut butter candy in the vein of Chick-O-Sticks, complete with a dusting of toasted coconut. There’s not even a hint of the Canadian whiskey that serves as a vessel for the imitation peanut butter — and don’t let the deep brown color be a guide. Caramel color is added and it looks like they weren’t shy about it.

The palate is closer to Butterfinger than Chick-O-Stick, with a touch of Nutella-like hazelnut and milk chocolate in the mix. It’s very sweet, as you would expect from these types of whiskeys, and the finish hits with notes of gingersnaps and lots of brown sugar — with that Boston Baked Beans candy note lingering for just about an eternity. It’s not awful, provided you know exactly what you’ve signed up for — peanut butter-candied whiskey.

And at least it’s not gonna kill you, right? 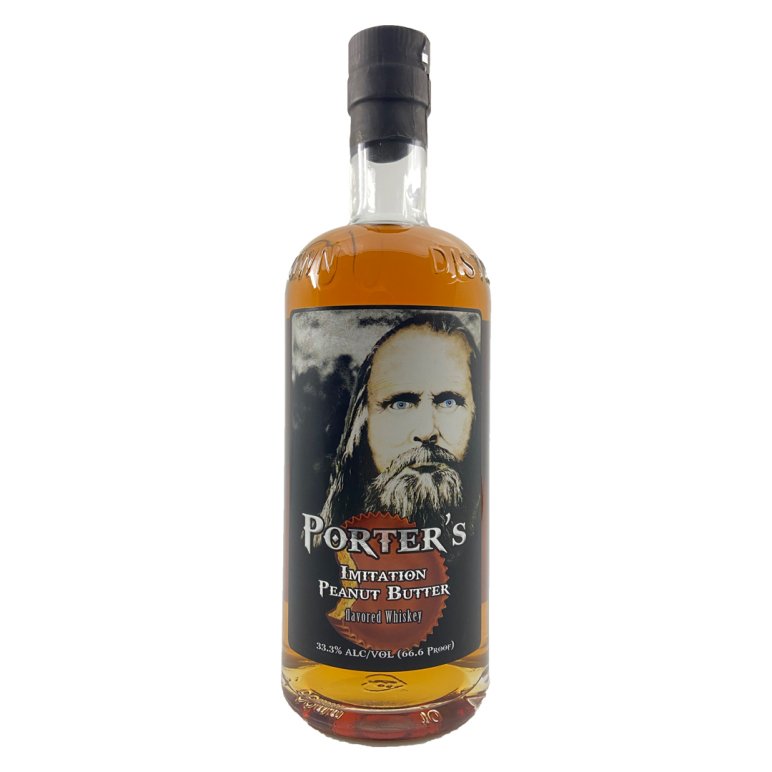