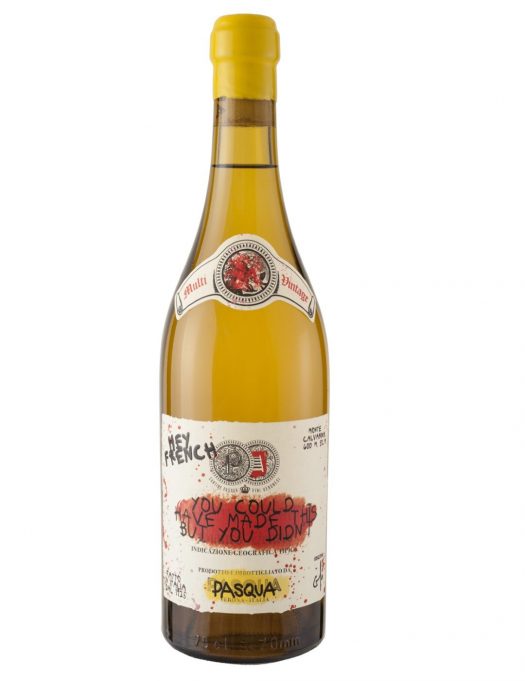 Ready for something off the beaten path? “Hey French” is a white wine, not from France. It’s actually an multi-vintage “super-Bianco” from northeast Italy’s Veneto region, produced by Famiglia Pasqua and made from 60% garganega grapes, plus pinot bianco and sauvignon blanc, “sourced from several parcels of vineyard on the Veronese side of Monte Calvarina in the easternmost section of Soave Classico. This is an area noted for its volcanic-rich soils and the capacity to produce white wines that can age.” As for the label, it’s a story unto itself:

As to the name, it’s a bit of gentle fun from the third-generation family members now in charge at Famiglia Pasqua, and a nod to the French regions and winemakers that inspire them. Fittingly, the label is the creation of French-Cuban artist CB Hoyo, whose work humorously pokes fun at society at large. As Alé Pasqua is quick to point out: “Luckily, there are many who enjoy a good joke! The first account to take this wine was a Michelin-starred French restaurant!”

This is a fun wine that is as expressive as its label would suggest. Notes of tangerine, quince, green banana, and a sprinkle of baking spice give this a huge rush of flavor. It’s sweetened a touch by notes of golden raisins but dialed back just so by a squeeze of lemon. There’s some austerity here that you only get in white wines that have a little age on them, and it works beautifully with the entire package. Don’t be put off by the post-modern label, this is a real winner that belongs on your holiday table. 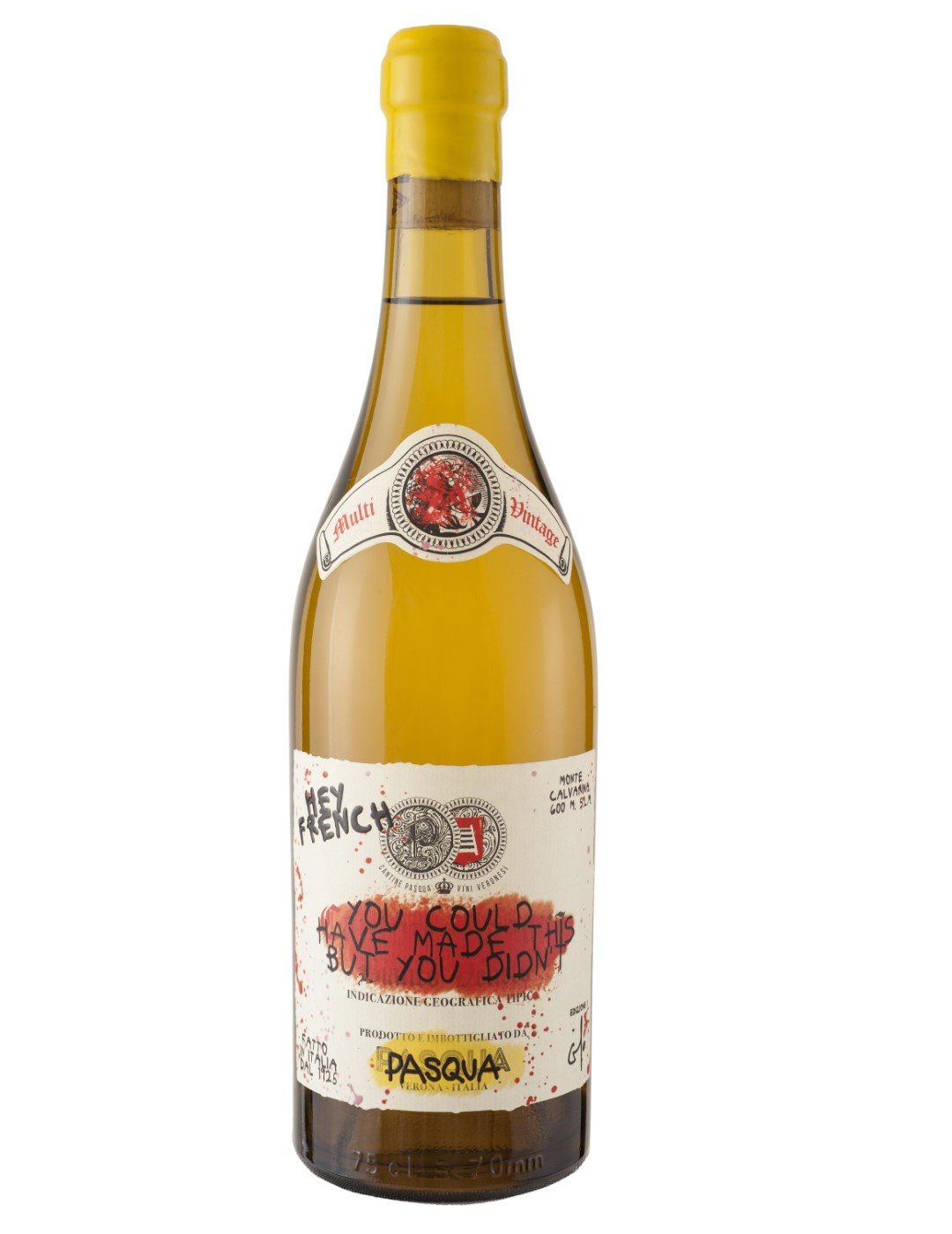