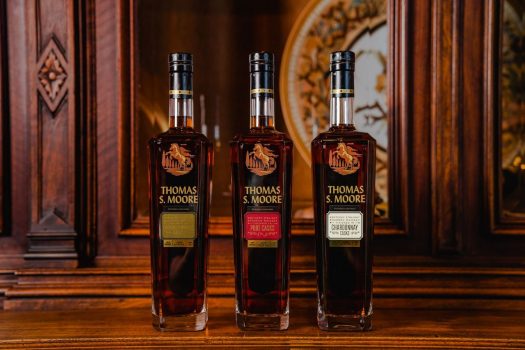 Buffalo Trace’s Barton 1792 Distillery is launching (today) a new line of bourbons named in honor of Thomas S. Moore, the man who originally built the Barton distillery back in 1889. The trick with this lineup is that they will all feature extended finishing in a variety of cask types. The first three expressions, arriving today, all feature wine casks, including chardonnay, Port, and cabernet sauvignon. (Both the chardonnay and cabernet casks come from California.)

As distiller Danny Kahn explained during an online tasting of this trio of whiskeys, each of these whiskeys starts with the 1792 high-rye bourbon recipe and completes its first round of aging (5 to 7 years) in new charred oak barrels. They then go into their secondary casks for a truly “extended” finishing period that ranges for 2 to 5 additional years — a lifetime in bourbon finishing.

Buffalo Trace has been heavily invested in unusual wood treatments, with such recent releases as the Charter Oak line.

Let’s dive into the inaugural trio of whiskeys and see how they acquit themselves. Note that each of these releases will be limited in availability, as they’re essentially batched one-offs. But more finishes are on the way, the brand promises.

Thomas S. Moore Bourbon Finished in Chardonnay Casks – Surprisingly savory on the nose, with elements of roast beef, some spice, and toasty oak, it doesn’t immediately scream chardonnay — though it does evoke the oak barrel that’s iconic to northern California. The palate continues the theme, again quite savory and aggressively meaty as it develops on the palate. While the finish runs to butterscotch, cigar box, and a dusting of spice, those cooked meat notes never let up, making for a bourbon that’s just a bit too savory on the whole for me. 97.9 proof. B+

Thomas S. Moore Bourbon Finished in Port Casks – Distinctly sweet on the nose, as expected, with notes of red berries and cherries prominent. Some baking spice elements emerge with time in glass giving it an engaging, holiday-like character. The palate is aggressive, its body enormous, and the whiskey immediately bursts with juicy fruit and a milk chocolate note — but it never comes across as overdone or overtly sweet. The whiskey hangs on for ages, with a sweet caramel and toffee note on the enduring finish. The easy winner in this lineup. 98.9 proof. A

Thomas S. Moore Bourbon Finished in Cabernet Sauvignon Casks – There’s no shortage of toasty oak here, but there’s also dark chocolate on the nose hinting at the heavy fruit component of the wine. There’s a lot of herbal elements here, perhaps evoking that brambly quality you get in a lot of cabernet. The palate is at first a bit closed off, with a significant note of peanut shells. Fruit emerges on the tongue in short order, but it feels a little blown out, with a somewhat blunt, jam/jelly-like note that has a somewhat gummy texture to it. The finish is quite dry, even feeling a bit on the dusty side, slightly grainy, savory, and, like the Chardonnay Finish, a little beefy. 95.3 proof. B+ 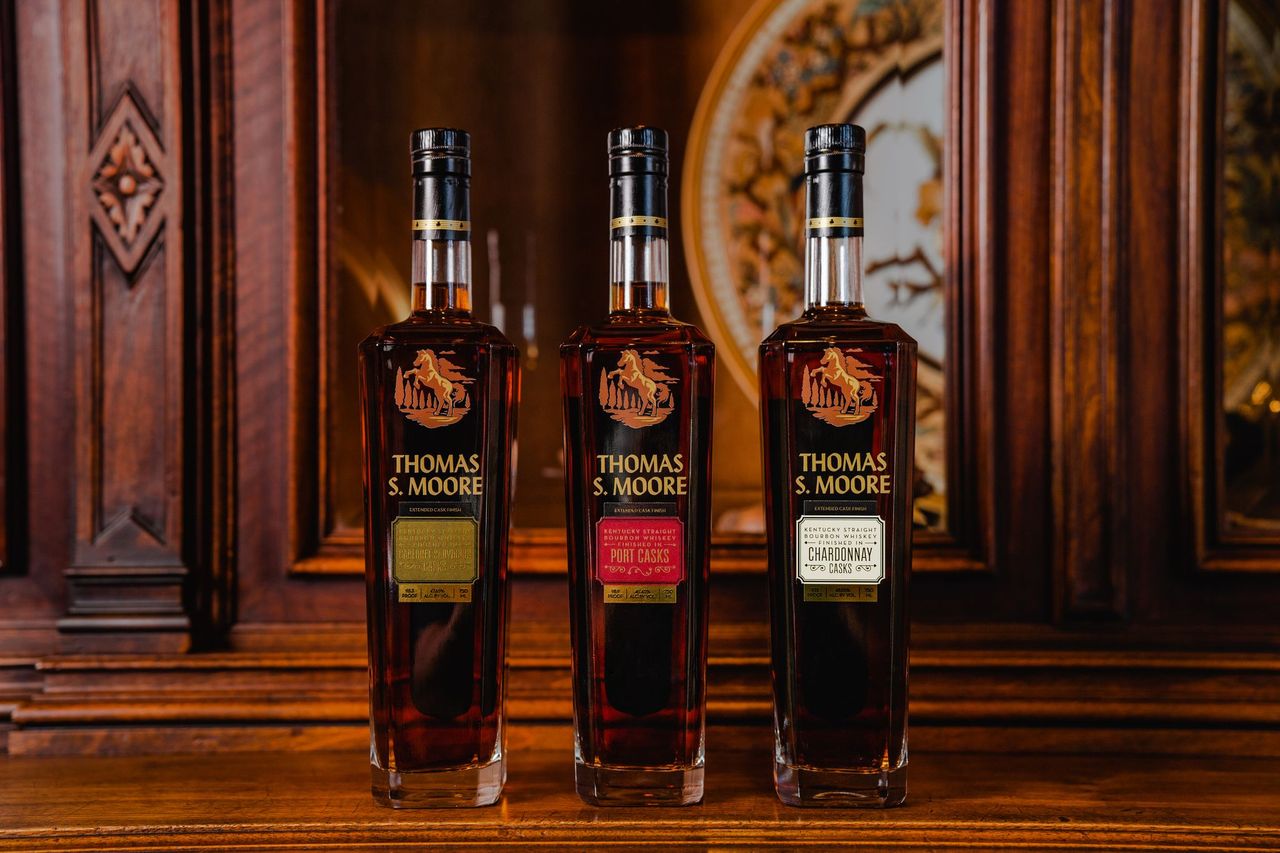