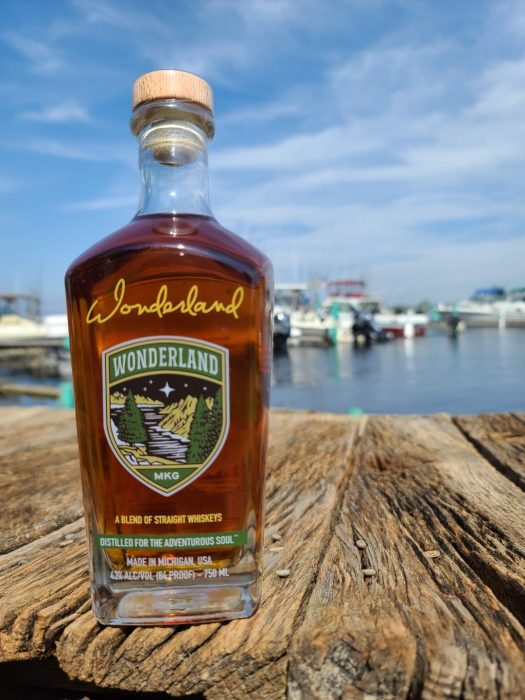 Wonderland Distilling can be found in Muskegon, Michigan, and recently it dropped its very first product, a Blend of Straight Whiskeys. Not much is known about the source of these whiskeys — they appear to be distilled on site, and at the very least are distilled in Michigan — but we do know what’s in the blend. Crafted using the “Canadian method,” the blend is composed of rye, corn, and wheat whiskeys which have been individually aged before blending and bottling.

How does this come together to provide a “Michigan-inspired profile and taste?” Let’s find out.

For starters, it’s young stuff — or, at least, it’s a blend of young stuff. Telltale notes of barrel char and a hoppy herbaceous character give this a green, herbal aroma that’s heavy on the rye, with ample wheat-driven cereal in the mix. It’s a bit weedy at times, but there’s ample spice and a layer of cherry fruit that helps to perk things up.

On the palate, the whiskey brings together a similar character, bouncing between savory notes of coconut husk and hemp rope and a somewhat sweeter character that’s driven by brown sugar and some butterscotch. There’s still a green, youthful quality here, but it’s not unpleasant, leading to a fairly grassy and rather short finish. Hints of caramel sauce linger on the conclusion agreeably.

This whiskey does have some complexity thanks to its interesting blending tactics — but it clearly needs a bit more maturity to really hit its stride. 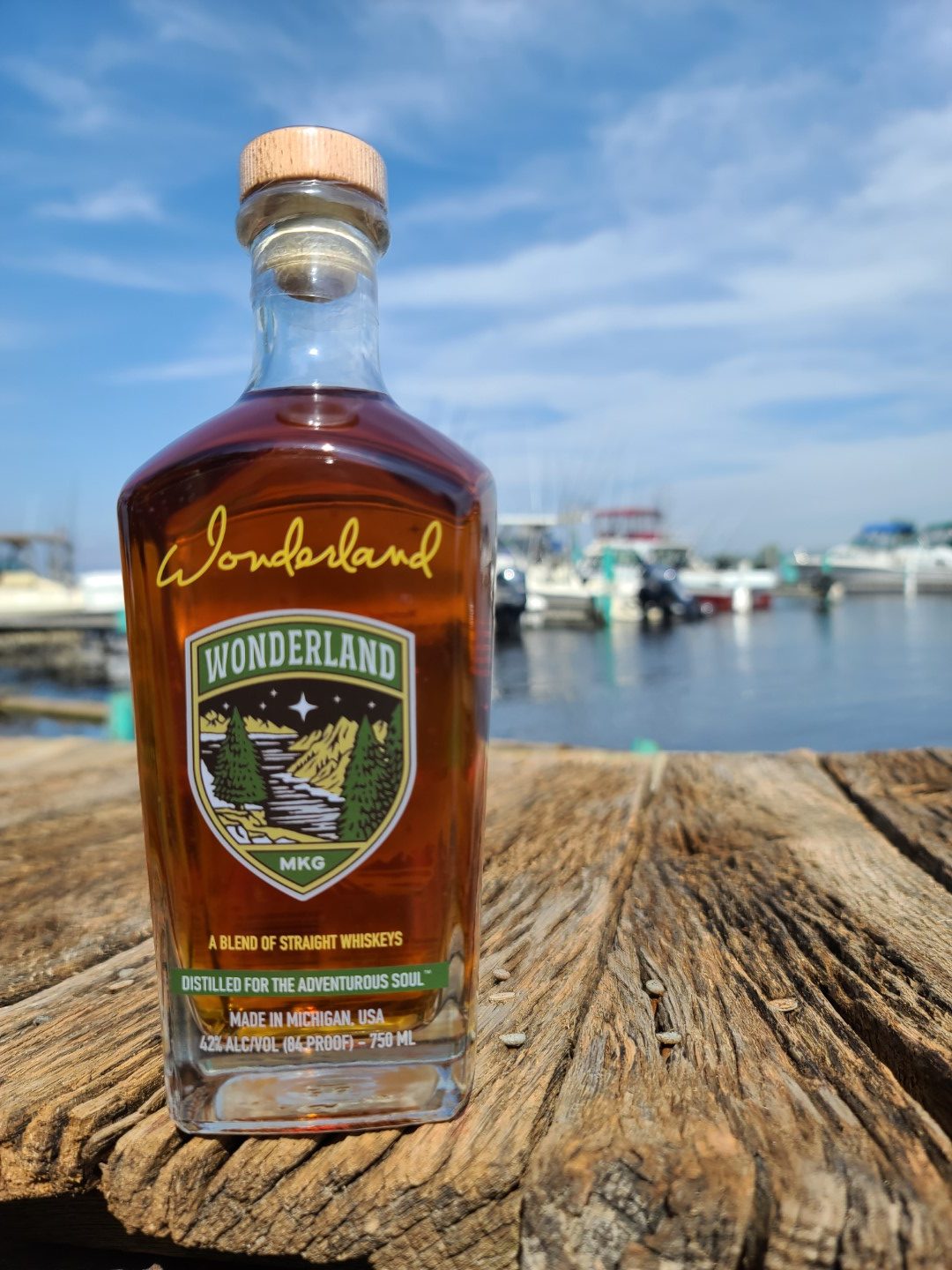