Paul John, made in Goa, India, has launched a new single malt called Nirvana. It’s made from six-row barley grown in India and matured in ex-bourbon casks. Aside from the origins of the grain (and the spirit itself), the unique element here is the six-row barley, as the lower-protein/higher-starch two-row barley is more commonly used in distillation. The finished whiskey is aged for a minimum of five years.

To be sure, this is unusual stuff. The nose is pungent and a little pushy: Boldly grainy and slightly nutty, with an ample but not overbearing alcoholic burn. Notes of overripe banana emerge as the booziness blows off, so give it some time. On the palate, the whisky perks up a bit, with notes of walnut oil making for a curious banana bread character, which is kind of fun. It’s an unpeated whisky, but it does offer a bit of smoke on the back end, though it’s more of a charred wood character than anything maritime or phenolic. The finish however remains a bit green and unpolished, almost rustic, coming across like a very young Highland malt.

Which is, perhaps, the whole idea. 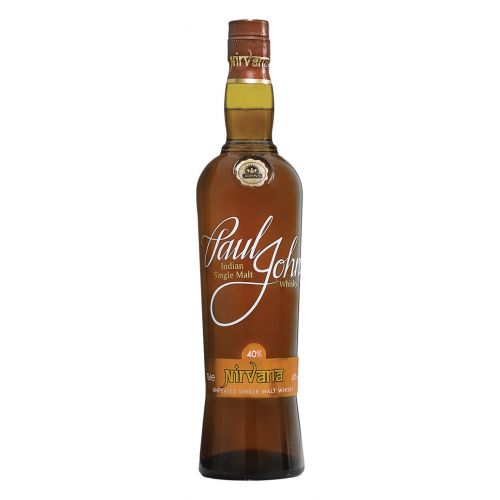