When it comes to single barrel bourbons, there aren’t that many bargains to be had, especially not when the proof begins to creep up. Lux Row’s new private barrel program, dubbed Distiller’s Collection, is looking to change that with their new, higher proof, albeit somewhat youthful, single barrel offerings from Ezra Brooks and Rebel Yell. We got our hands on a pair of these picks from Virginia ABC. We’ll look at each in turn, but let’s kick things off with Ezra.

The standard 90 proof Ezra Brooks Straight Bourbon is a very respectable bottom shelfer that probably hovers just over the four year mark given the lack of an age statement on the bottle. This Distiller’s Collection Ezra single barrel has a considerable, but not dramatic, proof increase and is likely older but not by much. According to the fancy packaging (reminiscent of the Old Ezra 7 Year), the barrel was filled on 9/3/15, so probably just shy of five years when bottled in the fall. Let’s check it out.

The added proof doesn’t really show on the nose from the standard Ezra Brooks. Classic vanilla and toffee notes are prevalent, and there’s a bit of youthful ethanol and raw corn sweetness. The outsized wood notes, mostly fresh cut lumber, are perhaps the biggest thing that sets the aroma apart. The palate is definitely bolder and richer, however, with more oil and a syrupy texture. The familiar apple notes are there but baked and heavily spiced and quite warm at this proof. The mid-palate sees plenty of spice cabinet and black pepper adding even more heat to the equation. Things don’t really soften until the finish where cinnamon, caramel sauce, and a bit of cocoa find an easy balance and linger far longer than the standard offering.

It’s clear that Ezra benefits from a little more age and higher proof, as shown by the terrific Old Ezra Barrel Strength and dearly departed Old Ezra 7 Years Old. This Distiller’s Collection single barrel profile fits unsurprisingly somewhere in between, although I’d put this particular bottling closer to the original. Mileage will, of course, vary with each of these, but while this may be a value as an overproof single barrel, it’s also a generous markup from the standard Ezra Brooks. 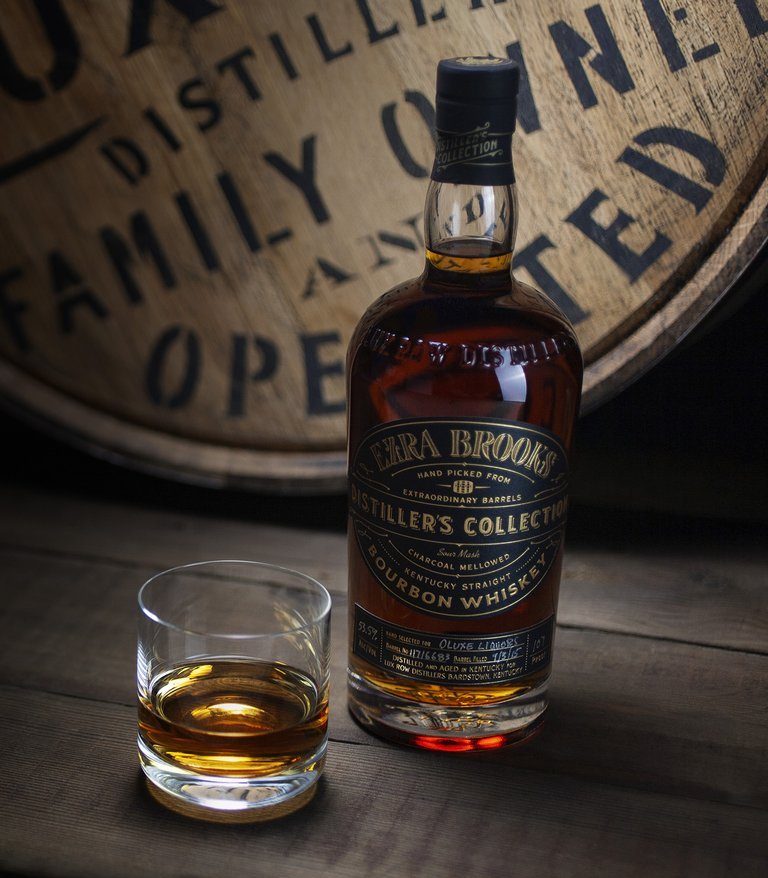