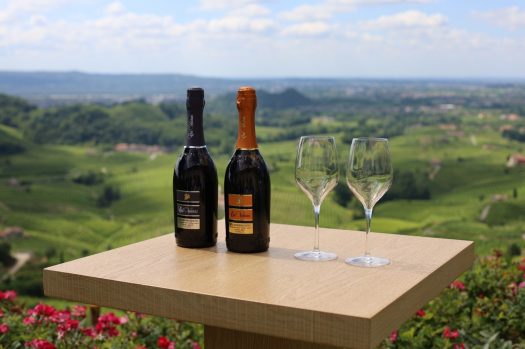 Col Vetoraz is located in Santo Stefano di Valdobbiadene, in northeast Italy, in the heart of the Valdobbiadene DOCG — the essence of Prosecco country. The winery is situated at about 400 meters above sea level, near the highest point of the Cartizze hills.

The founding family, the Miotto’s, settled here in 1838. In 1993 Francesco Miotto, descendant of the family, together with the agronomist Paolo De Bortoli and the oenologist Loris Dall’Acqua founded the current Col Vetoraz. In 25 years, the small winery has been able to innovate, grow and become a top-ranked producer of Valdobbiadene Docg, both in quantitative and qualitative terms. Over 2,000,000 kg of DOCG grapes are vinified annually, good for a selected production of 1,200,000 bottles.

As an essential part of its philosophy, Col Vetoraz has always chosen to produce exclusively Valdobbiadene DOCG sparkling wines, to express its deep bond with an exceptional growing area, now a UNESCO World Heritage Site, as prestigious as it is fascinating, and to strongly emphasize the value of its territorial identity.

The winery produces at least 8 different Prosecco wines (plus some still wines and a grappa), 2 of which are new as of 2020. Today we look at 6 of the winery’s sparkling expressions, including both of the new ones: Cuvée 5 Extra Brut and Cuvée 13 Extra Dry.

2019 Col Vetoraz Extra Brut Cuvee 5 Valdobbiadene DOCG – Fruitier than I expected, with a tropical bent that offers hints of coconut, gooseberry, and some lime leaf elements. Vibrant but dry, it weaves together acidity and fruit into a cohesive and expressive whole, without any lingering sugar. A- / $17

2019 Col Vetoraz Brut Valdobbiadene DOCG – Initially big with melon notes, though it’s a bit on the dry side, which gives the wine a somewhat doughy, yeasty, and restrained texture. A spritz of lemon and quince gives the finish a bit of extra life, but the wine would clearly benefit from a stronger focus on fruit. B / $15

2019 Col Vetoraz Extra Dry Cuvee 13 Valdobbiadene DOCG – A selection of 13 vineyards. The higher sugar content gives this a brightness that the Brut is lacking, with those initial notes of melon finding friendly companions in the form of some apricot and nectarine notes. The finish fades into a note of applesauce with a light kick of cinnamon. Refreshing and deftly made. A- / $18

2019 Col Vetoraz Extra Dry Valdobbiadene DOCG – Slightly less effusive than the Cuvee 13, but again it’s bold and balanced with a big melon note on the attack, plus notes of lemon peel and, again, some apricot. Alas, here the latter turns a bit jammy as the wine warms up, oversweetening the finish more than I’d like. B / $15

2019 Col Vetoraz Millesimato Dry Valdobbiadene DOCG – While considerably sweeter (at 24% sugar residue) than the previous wines in this roundup, this comes across with the right level of sugar for Prosecco, at least Col Vetoraz’s expression. Bright with sweeter melon notes, lemonade, and orange, it fades ever so slightly toward a nutty almond character that’s lacking in the drier expressions. Rounded and enveloping, with tropical hints on the finish. A / $21

2019 Col Vetoraz Superiore di Cartizze Valdobbiadene DOCG – This is Col Vetoraz’s most luxe bottling (it’s wrapped in paper), and it has the same 24% sugar level as the Millesimato. It cuts a different profile than the Millesimato, with a coconut and almond note up front, subduing the fruit. There’s a boldly complex floral and spice note that emerges in short order, laced with notes of lemon curd, apple butter, and fig jam. I like it a lot, but it’s so uniquely flavored that it doesn’t totally scream Prosecco to me. Fun stuff. A / $41 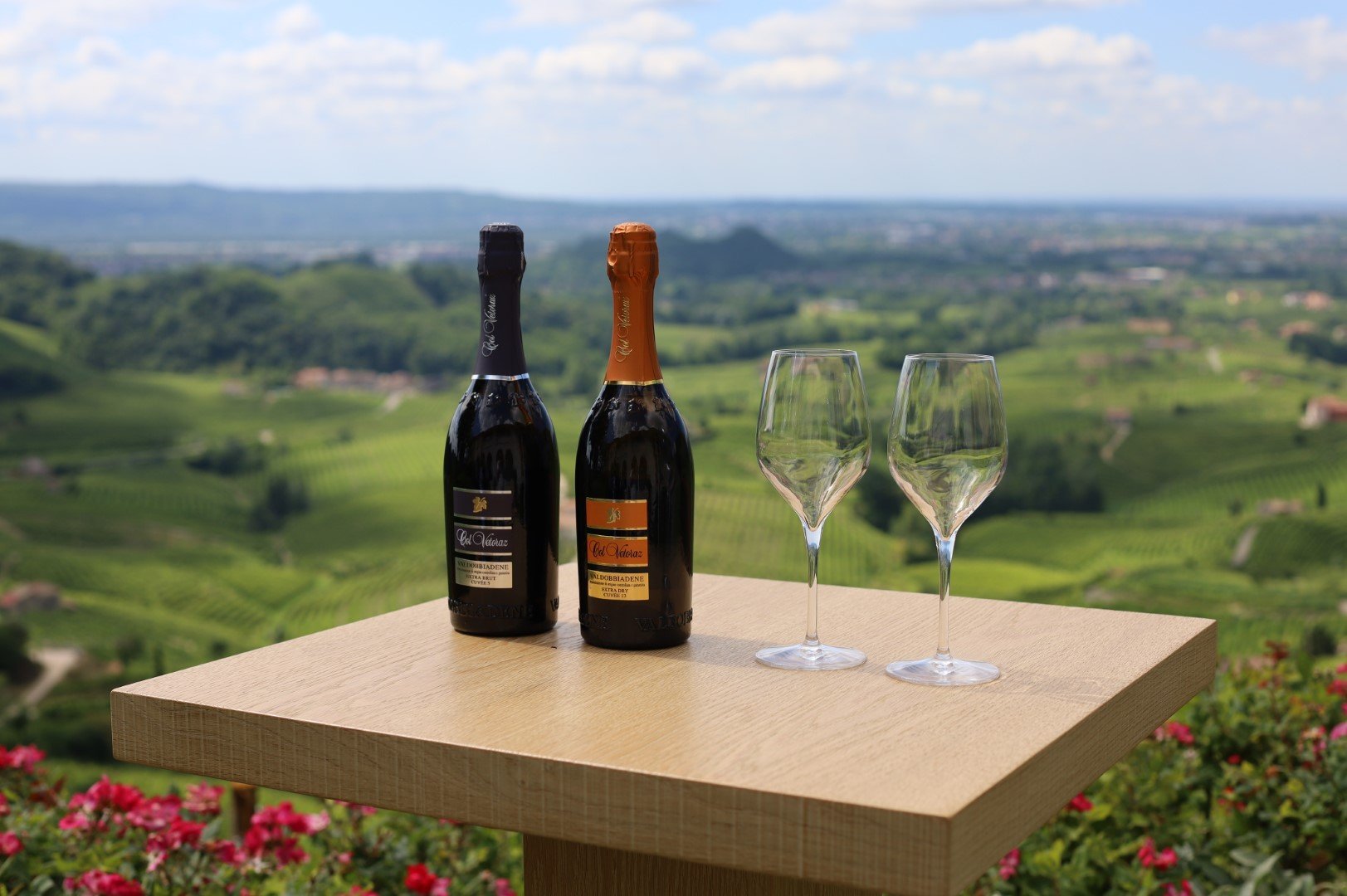