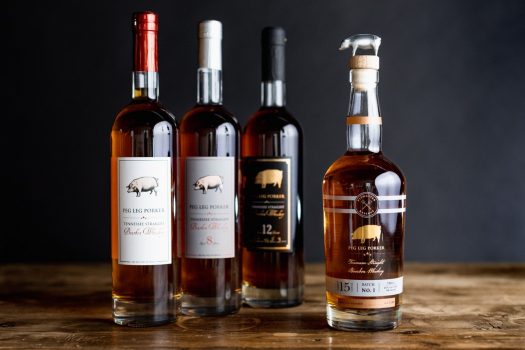 Carey Bringle is a longtime Tennessee barbecue maven, and after years of mastering the pit, he took a natural first step, launching his own bourbon brand, which shares a name with his BBQ restaurant.

Peg Leg Porker is a sourced Tennessee bourbon — Dickel is the usual suspect but no one is officially saying — that Bringle filters through his own hickory charcoal after aging and bottles in (very) small batches. (Classic Tennessee whiskey is charcoal filtered after distillation, before it goes into the barrel, so this is a bit different.) A no-age-statement version kicked things off, with 8 year old as 12 year old expressions coming in more recent years. A 15 year old is also on the way.

We tried the first three of these — the NAS, 8, and 12 year old versions — and while we didn’t have any of Bringle’s succulent meats to pair it with, we soldiered on all the same.

Peg Leg Porker Tennessee Straight Bourbon – This is Peg Leg Porker’s entry-level bottling, which carries no age statement. It’s a basic bourbon, light in color and almost transparent around the edges. The nose exudes notes of bacon fat, wet earth, and an indistinct greenness, leading to a palate that’s fairly thin and not overly inspiring, to be frank. The body leans heavily on the barrel, with some savory, herbal notes in the mix. Hints of baking spice lead to some sweeter elements, and the finish lingers on nutmeg and clove elements. There’s some white pepper and underbrush here, along with a bit of chocolate, but none of this coalesces into anything overly memorable. It’s just too young, sometimes rather anonymous. 90 proof. B / $35

Peg Leg Porker Tennessee Straight Bourbon 8 Years Old – There’s a lot more maturity here, and also a lot more sweetness. The nose leans heavy on the barrel, with a traditional lumberyard note that’s edged with a hint of bacon. Caramel and vanilla are amply represented on the nose as well as the palate, where a boldly dessert-like character dominates. Sweet and cracking with notes of spiced nuts and buttered popcorn, this bourbon hits the palate like a sugar bomb, but in the best possible way. Secondary elements are admittedly elusive, though an almond and sesame element linger on the finish, along with a light grind of white pepper. It’s a crowd-pleaser of a whiskey, easy to sip on but not altogether much to really talk about. 90 proof. A- / $50 [BUY IT NOW FROM DRIZLY]

Peg Leg Porker Tennessee Straight Bourbon 12 Years Old – This is bottled in the 90-95 proof range, varying by batch. Our sample bottle did not indicate its batch number or abv. The nose is easily the most interesting of this trio, a rich dessert-like offering that kicks off with maple syrup and gingerbread before wandering into notes of red pepper mixed with dark chocolate. The finish is exotic, with more chocolate and gingersnap notes, a rich layer of caramel, and a dusting of baking spice. Everything’s in balance, and it’s a bit less overtly sweet than the 8 year old. A / $100 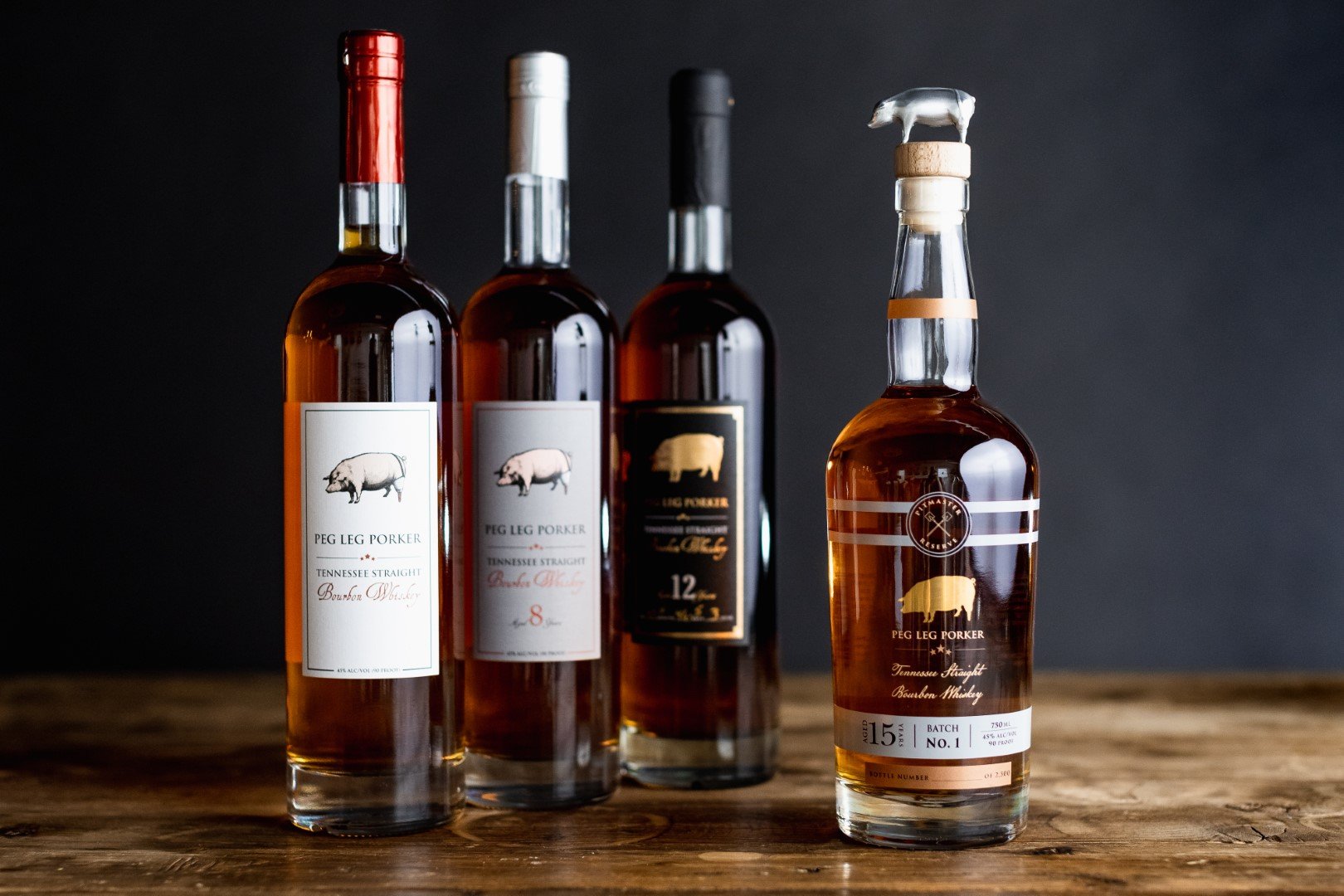