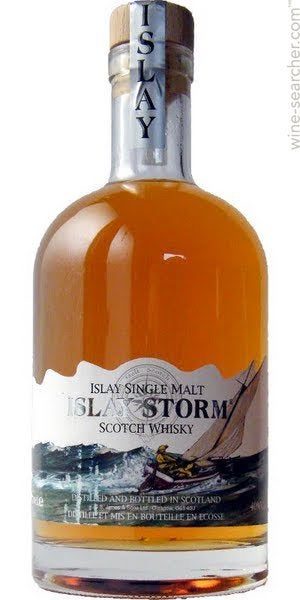 Everyone enjoys a good bargain, and Trader Joe’s has a reputation in the United States for selling tasty things at reasonable prices. Islay Storm could possibly be an exclusive to Trader Joe’s in the United States, as I haven’t seen it available at any other retail outlet or chain shop of note. This line of guessing would not put anyone in murky waters, as it would run parallel to many of the other independent bottlers who have partnered with the chain in the not too recent past.

Islay Storm is an 80 proof Islay single malt bottled independently by CS James & Co, a sister company to the Highlands & Islands Scotch Whisky Company, both subsidiaries of the Vintage Malt Whisky Company, Ltd. (no quiz on this later). There isn’t much more information than that, so let’s dig in.

The nose has all of the phenolic notes Islay lovers would need to satisfy expectations: lots of wet, decomposing leaves, heavy grass, and campfire smoke. There’s a little bit of banana and menthol when letting it rest in the glass for a spell. Peat is relentless on the palate along with medicinal notes at first, but towards the end there are mild, bitter notes of cinnamon, ginger, and a faint bit of oak influence that calm things down. It’s got a decent length for a finish that remains quite assertive, mixing smoke and burnt plastic notes with Earl Grey tea. A bit of caution: adding a few drops of water does this no favors.

Now for the favorite game of online communities: Guess the Distillery. Some corners of the single malt Internet believe this is sourced from Bowmore. Others believe the name to be a red herring and that it is actually a younger Talisker, with similarities on the label to Talisker Storm series being a key clue. And there are others still who believe it to be a young Bruichladdich, judging from the shape of the bottle.

No matter the source, you’re still shelling out a modest $25 for a bottle, and one would be hard pressed to find a better representative of Islay at that price point. 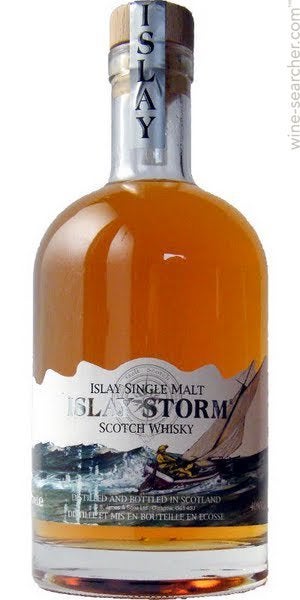