Clynelish gets plenty of love from here and today is no exception, as we consider a double dose from the distillery. These two expressions differing mildly from one another courtesy of two independent bottlers: one from Adelphi and one from Signatory. Signatory Clynelish Unchillfiltered 11 Years Old  – Distilled in 2008, bottled in 2019, and aged in an ex-bourbon barrel. Another installment in Signatory’s ongoing Unchillfiltered Collection. The nose is soft and citrus dominant at first, but slowly unfolds into toasted spices. A few drops of water bring out more floral notes and apricot. The palate is quite exotic, starting off with a little bit of almond and fresh cut grass before lemon zest brings things back to the sweeter side. There’s a regrettably short finish that’s full of fruit and just a touch of malt, but an absolutely wonderful dram to get lost in. 86 proof. A- / $70 Adelphi Clynelish 17 Years Old Cask Strength – Distilled in 1996, bottled in 2013, aged in ex-sherry hogshead. Very heavy on darker fruits, almost overpowering on the nose. Adding water does not improve the situation, with the sherry influence dominating. The fruit influence hangs about on the palate, but herbal tea, burnt orange peel, and a tiny hint of peat all make their presence known over time. There’s a long finish with that lingering peat smoke, faint baking spices, and red currant. Most Clynelish fans will find this to be a satisfactory representation. Contrasted against the Signatory, it is also evidence of just how much casks can hold influence over an outcome. 113.8 proof. B+ / $160 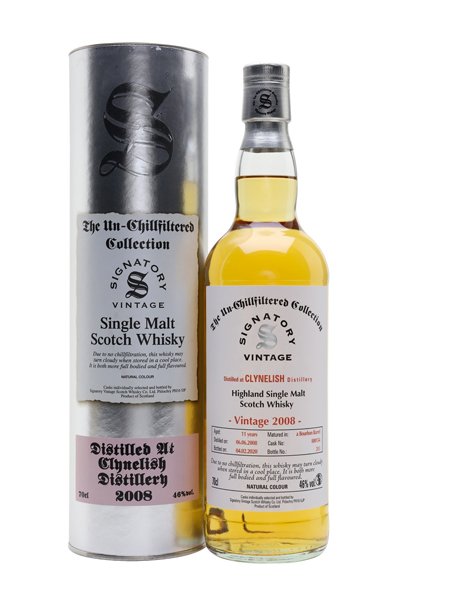