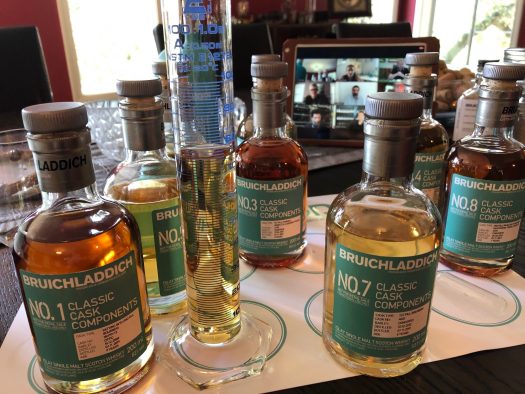 Along with Compass Box, Bruichladdich has been at the forefront of the Scotch transparency movement, a rejection of the intense secrecy rules that the Scottish government has long demanded around the production of whisky. For those not in the know, it’s actually illegal to share too much information about the components of a Scotch whisky. For example, when it comes to age, you can share only the age of the youngest spirit in the bottle (which ultimately becomes the age statement of the whisky). 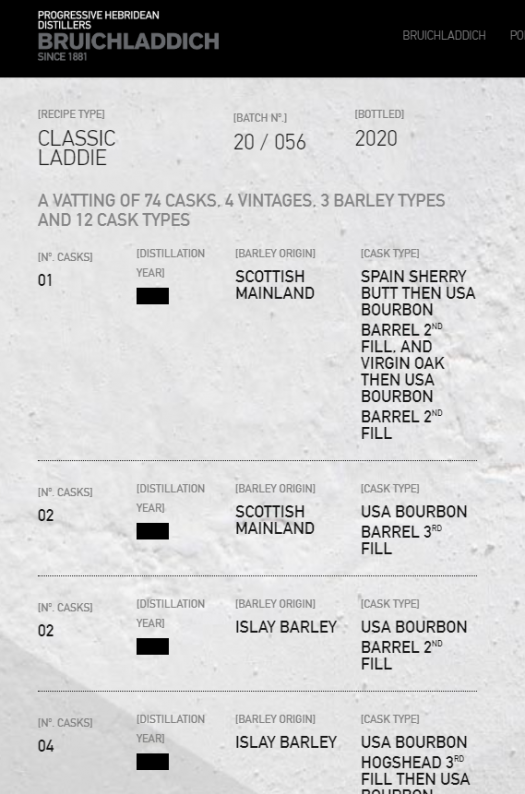 Folks like Compass Box and Bruichladdich have been gently subverting these regulations for years, namely by giving information about component spirits on their websites. On July 27 — National Scotch Day in the U.S. — Bruichladdich took things one step further with the launch of its Age of Transparency website. If you have a bottle of the distillery’s iconic Classic Laddie, you can enter the production code printed on the label and find out almost everything about what’s in that specific bottle. For the new bottle the distillery sent me, the code revealed that 74 casks were used to blend up this batch, comprising 4 vintages of production, 3 types of barley, and 12 different types of barrel treatment, including a former Bandol wine barrel, a Monbazillac barrel, and a whole lot of ex-bourbon casks. The only information redacted is the distillation year for any barrel produced before 2012 — again, that silly Scottish law in action. “We want you to know what’s in your whisky,” says distiller Adam Hannett.

In an only vaguely related move, Bruichladdich recently set Hannett up on a Zoom call with a bunch of writers to talk through what it takes to blend up a vatting of the Classic Laddie, and encouraging us all to give it a try for ourselves. Eight different samples were provided, including four different ex-bourbon casks, a sherry cask, and three samples each drawn from a different type of wine cask. With graduated cylinder in hand, would we be able to recreate the Classic Laddie — or improve on it? 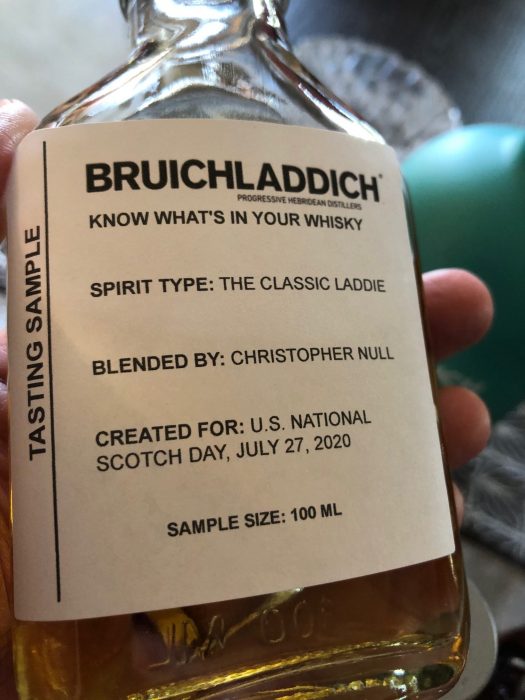 As I’ve noted in previous blending experiences, this is tough work, requiring careful attention not just to what each component whisky tastes like, but to how they interplay when mixed together. There’s an awful lot of ways to put together 100ml of whiskey from 8 different sample bottles, but I hit on a combination that I liked fairly quickly. My ultimately blend — 87% from the various bourbon casks, 10% sherry, and 1% from each of the wine casks — was a bit heavy on the sherry compared to the single cask that ended up in the Classic Laddie sample which I was benchmarking against, but I really liked the way the sherry gave the whisky a bit of gravitas that the otherwise quite playful Classic tends to lack.

Of course, our job was far easier than Hannett’s, who has a much bigger palette to work with than a mere 8 whiskies. Remember, it’s not just about age and oak: We’re talking about crazy variables like different barley strains and growing locations. It’s also important to realize that the Classic Laddie isn’t necessarily built to be consistent from bottle to bottle, but rather to show a “steady evolution” of the house style over time. Blending like we did at a single point in time, with a comparably minimal understanding of the life story of the spirit, is one thing. Blending every day with an eye toward keeping existing customers happy but finding new ways to delight them year after year, well, that’s something else.

At the end of the blending session, we were invited to ship our Scotch to Scotland — a first for me — for Hannett to taste and critique. I figured that was only fair, after I’ve been writing about his whisky for years. It took a few weeks, but Hannett responded with his comments in surprising, extreme detail. His full commentary is pasted below.

Hats off to Hannett and Bruichladdich for an extremely informative, fun event. I’ve primed the pump, and I think I’m ready for the next step: Blending my own version of Black Art. Who’s with me?

This is a really good blend, tasting it as it is there is a lovely richness on the palate, great cask influence, ie lots of oak and particularly American oak or ex bourbon barrels which Bruichladdich ages really well in. In comparison with the classic this blend has more bourbon oak influence and is weighted slightly too high on older vintages, this is great form the cask influence perspective but there is less of the freshness and fruit character from the younger casks. Component 1 the sherry Cask goes a long way and in this blend there is a touch more than I would use in the Classic. Although there is a little less wine cask influence so all in all there is a kind of balance of the similar flavours over all.

Taste – lovely texture, you can feel and taste the influence of the older stock. Slightly heavier on older stock than I use so you get more oak influence and less of the fresher greener fruit notes and less marine and herbal notes.

Finish – really lovely finish, again the older stock has an influence on this as does a slightly higher percentage of bourbon cask maturation so the notes coming through are more toffee, caramel and the softness they bring, and so less fruit.

This is a really lovely dram, a really good blend of classic and obviously there has been a really deep understanding of the flavour profiles of each of the components and how they work together. Top marks! 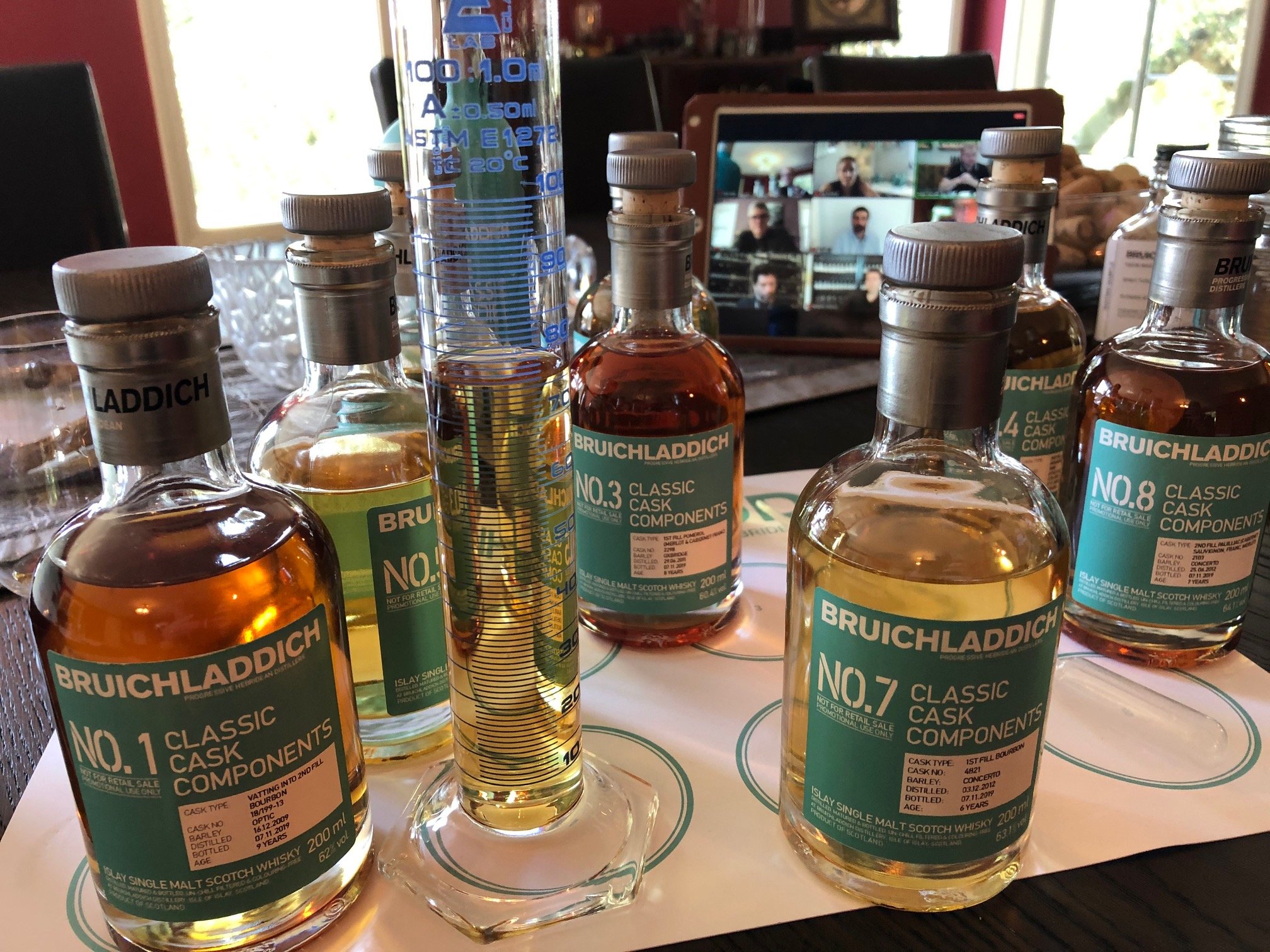