Angela Estate was started in 2006 in Carlton, Oregon by Antony Beck — and renowned Oregon winemaker Ken Wright produced all the wines through the 2016 vintage. Since 2017, French winemaker Alban Debeaulieu has been in charge, with an eye toward “creating wines that showcase their individualities and essential pleasures, while treading lightly on the earth.”

Angela sent us its most recent releases of chardonnay and pinot noir. Let’s give them a try.

2018 Angela Vineyards Chardonnay Willamette Valley – Slightly grassy, but otherwise fairly on target for the American chardonnay: gently oaky, with some brown butter, ample lemon peel, and some vaguely tropical elements of guava and papaya. There’s good acidity here, but it doesn’t quite follow through to the finish, which lingers on notes of almond and a light layer of baking spice. B+ / $35

2017 Angela Vineyards Pinot Noir Yamhill-Carlton – A slightly aggressive representation of Oregon pinot noir, this wine deftly blends dusty terroir with intense, almost extracted fruit, running from black cherry notes quickly to blackberries, rhubarb, and an edge of dark chocolate. A sesame oil note gives the finish a curiously savory quality that makes me think how well this would work with an Asian food pairing, and a lingering bitterness nudges this wine generally more toward mealtime vs. solo sipping. A- / $35 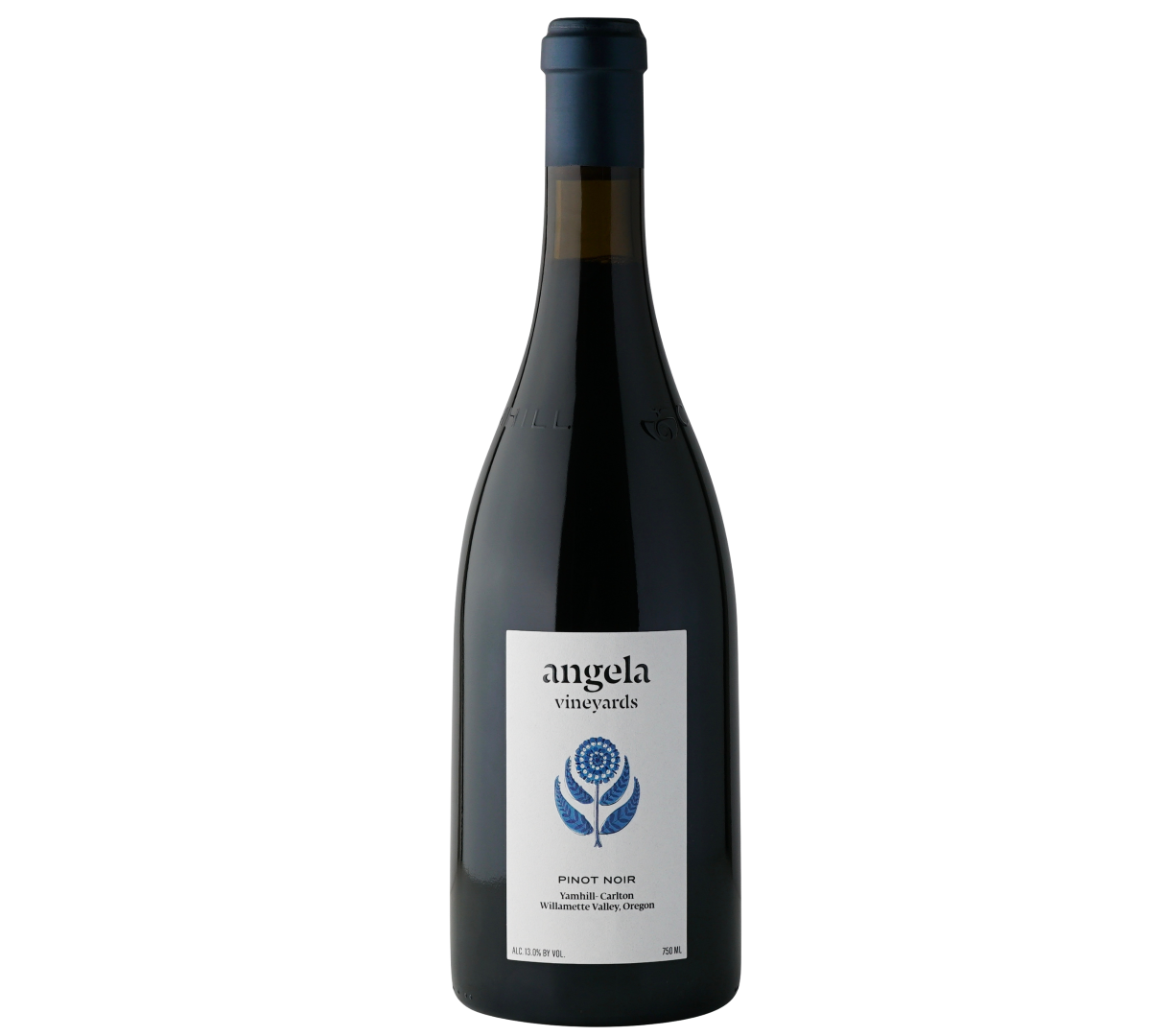