While Midleton flexes its experimental muscle with limited editions like Dair Ghaelach, their most well-known and widely available limited release is the bluntly named Very Rare. Midleton has been releasing Very Rare annually since 1984, but somehow, we’ve never gotten around to reviewing it.

Before we finally cross this one off our list, here’s a little background on this 2019 bottling:

This latest vintage release is a masterfully blended Irish whiskey from distillates laid down at Midleton Distillery, Co Cork, over the past four decades. Crafted by Master Distiller Brian Nation, Midleton Very Rare 2019 combines only hand-selected single pot still and single grain Irish whiskeys of exceptional quality and rarity within the Midleton Distillery, with each whiskey having been matured exclusively in lightly-charred ex-bourbon American oak barrels for between 13 and 34 years. This marks some of the oldest whiskey ever used in a Midleton Very Rare vintage release.

“Each year, for more than 5 decades, we have been setting aside very small amounts of particularly fine single pot still and single grain distillates so that the Midleton Very Rare legacy can continue. I am delighted that our 2019 vintage is once again a whiskey of exceptional quality that fits beautifully into the family,” explains Brian. “This vintage features an extraordinary blend of whiskeys from the rarest casks in our collection to make this is our oldest ever Midleton Very Rare, with the youngest whiskey in our 2019 vintage having been aged for 13 years, and the oldest dating back to 1985.”

The nose is initially somewhat light to contain such well-aged whiskey, but as things open in the glass, the richness and intensity build. Notes of spiced pears and floral honey give way to split vanilla bean, toffee, graham cracker, and buttery shortbread. I have to get my nose deep in the glass, but there’s a pleasant old furniture note here, as well, mostly polish and worn leather, which hints at those older vintages in the blend.

On the palate, things are considerably more straightforward. It’s surprisingly light on the tongue with a grain-forward brightness that seems more youthful than it should be, which seems to be a pattern with Midleton. There’s still a bit of oily weight here, and a gentle, consistent heat, but the eventual richness in the aroma never quite arrives on the palate, even with ample time to open up. Notes of green apples, tinned pears, and unripe pineapple give way to sweet biscuits, clove, and cinnamon. Barrel notes lean heavy on the palate, again in a surprisingly youthful way, with shaved coconut and sawdust especially lingering into the medium-length finish. It’s definitely a better value than the Dair Ghaelach releases and a perfectly enjoyable, if somewhat overbilled, whiskey, at least for the 2019 version. 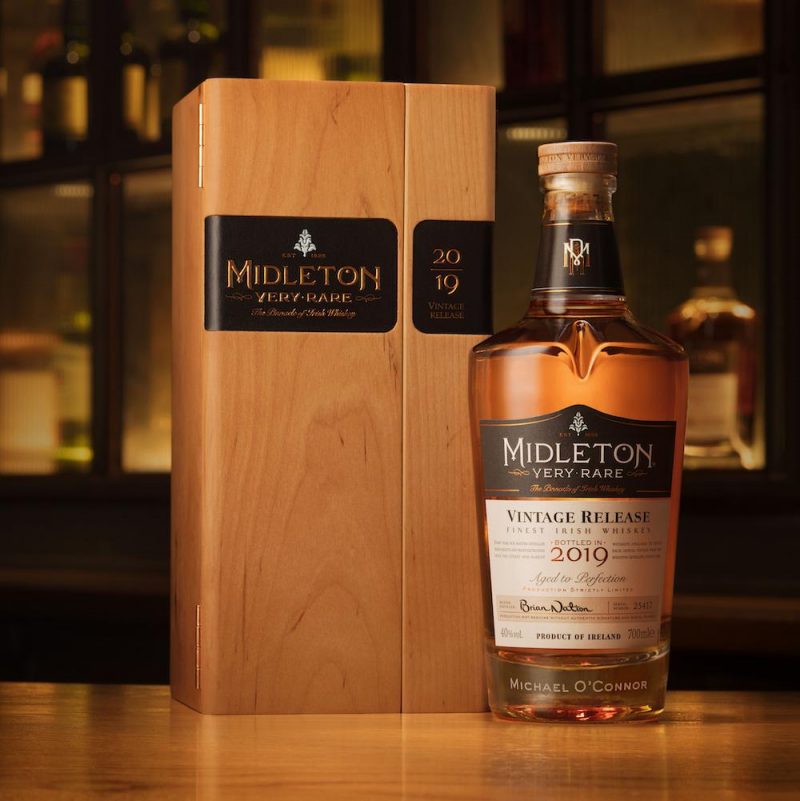