Convite — Spanish for invitation — is a new(ish) brand in the U.S. with a substantial range of expressions already under its belt. The Oaxaca-based brand launched with three varieties and now markets at least seven in total, many made from single species of agave.

We received two of Convite’s product line to check out. Thoughts follow.

Convite Mezcal Esencial – This is Convite’s entry-level bottling, made from espadin agave, cooked in an underground stone oven, and ground with a traditional tahona stone. Double distilled in copper pot stills. That sweet-smoky sense of a celebratory tire fire hits the nose immediately, though Esencial is appropriately subdued and sultry, its slightly rubbery notes fading slowly into more of a coal fire character, studded with hints of juniper and rosemary. The palate is simple, fairly vegetal, and overall as expected from a “beginner” mezcal, melding smoke with an indistinct fruitiness and a slug of herbaceous greenery on the back end. The finish evokes more of a wood fire character, coming across fairly simply. It’s fine — but mixer material, for sure. 80 proof. B / $45 [BUY IT NOW FROM DRIZLY]

Convite Mezcal Tobala – Made from the fruity tobala species of agave. This is a much more engaging offering than the Esencial, the smoky aromas melding into a much more cohesive and immersive character that’s laced with red fruits, orange peel, and ample fresh herbs. The palate is more in line with the nose than most mezcals tend to be, keeping one foot on the smoke and one on citrus, with a long, creamy, smoldering finish. Lingering notes of green banana, papaya, and a bit of spice give the mezcal an impressive level of nuance. 84 proof. A- / $70 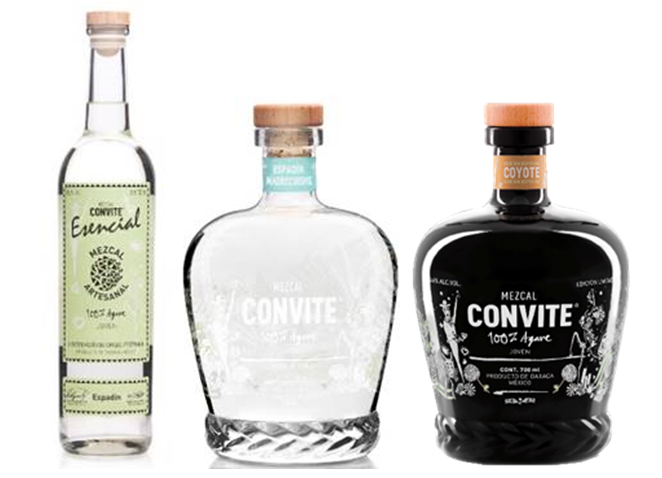