Catdaddy is triple distilled from corn, then flavored “with hints of vanilla, nutmeg, and cinnamon,” though it’s unclear if that’s exactly what comprises the flavoring bill. The finished product is unaged and uncolored/transparent (it’s the bottle that’s amber).

The nose doesn’t entirely resemble either of its inspirations, coming across a bit like a heavily flavored cake frosting vodka or similar sugary confection. the aromatics hitting with a kind of fake vanilla buttercream character and a secondary punch of cinnamon toast. It’s not immediately inviting, and a similar character dominates the palate — rough up front, with a thick slathering of baking spice and white sugar atop a layer of softened margarine. The spices grow considerably more intense as the spirit develops in the glass, and the finish is heavy with an overly sweetened allspice character that never really feels authentic. 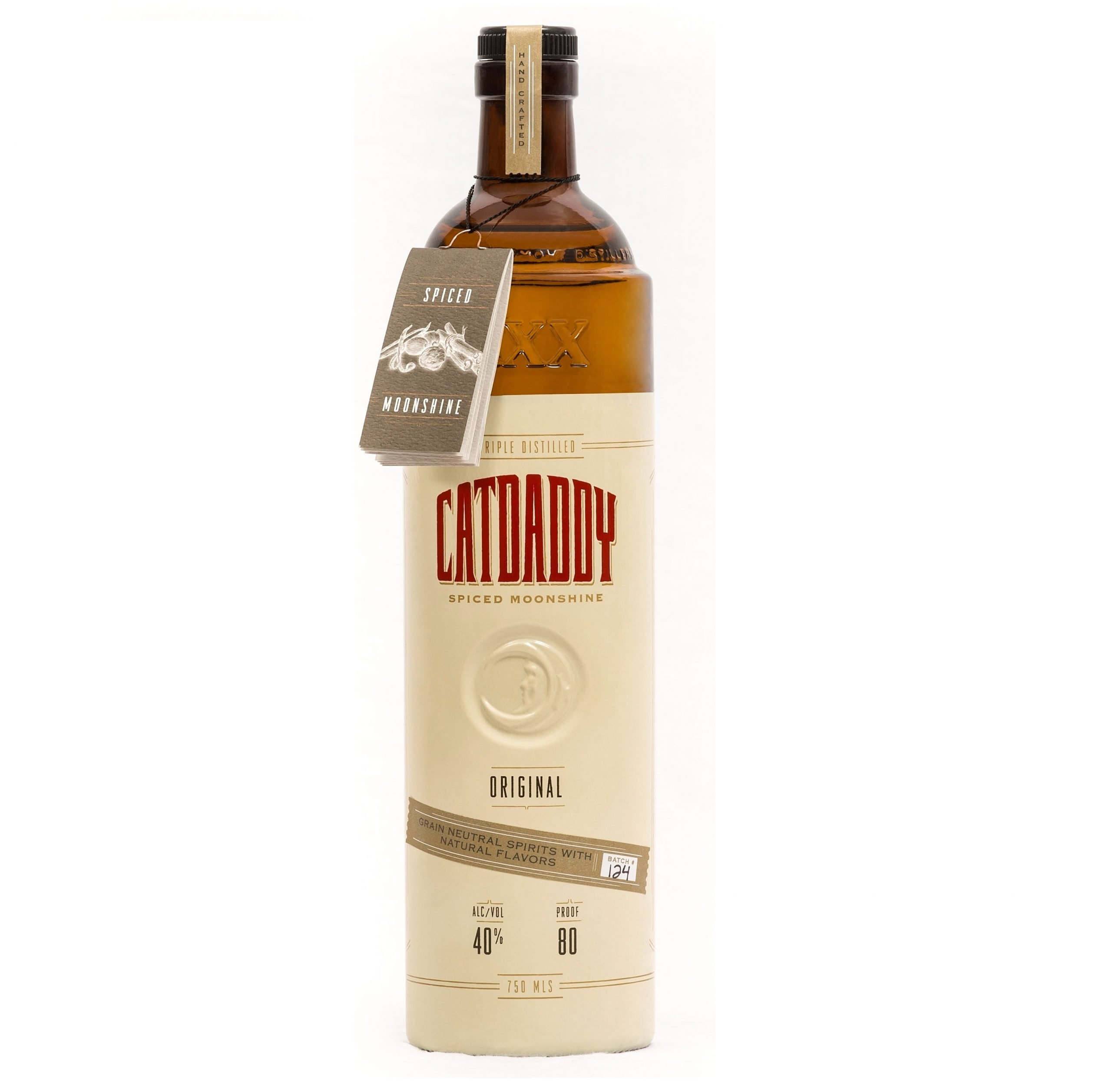