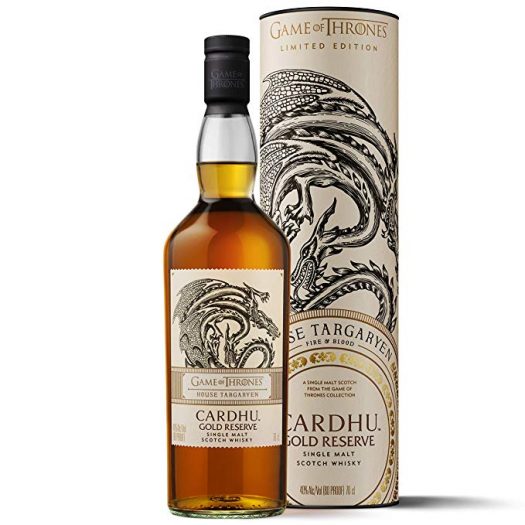 When measured against its reputable Diageo siblings, Cardhu would not be the first choice of many a seasoned single malt aficionado. A quick glance at reliable sources shows independent offerings are rare on the market, and with the exception of the occasional special release in a limited-edition collection, there are seldom expansions beyond two or three general expressions. We took the occasion to revisit the Cardhu Single Malt almost exactly a decade on from Chris’s initial review, and the offering from the fabled Game of Thrones series from a few years back.

Game of Thrones Cardhu House Targaryen Gold Reserve – This isn’t the most contemporary or timely of reviews, but chances are good you can find this one still readily available on the shelves at a reduced price, and with good reason (more on this in a second). It’s been well over a year since our review of the Lagavulin and Clynelish expressions in the series, and I am proud to report I have still not watched a single episode of Game of Thrones, although the litany of complaints lodged against the final season on recent reruns of the Howard Stern Show have been quite enjoyable. If Targaryens smell like canned fruit cocktail in heavy syrup, vanilla and green apple, then a solid tip of the cap towards the marketing person paring these together. The palate is heavy on green apples with a thin coating of honey and oak to make things bearable. The finish is short, sweet and inoffensive with a little bit of vanilla, some baking spices and oak. Much like the series on which this is based, I am baffled about what is going on here. 80 proof. D+ / $30 [BUY IT NOW FROM CASKERS] 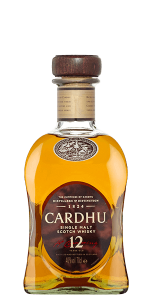 Cardhu 12 Years Old (2020) – A merciful and most welcome reset from the House Targaryen, here we have an abundance of toffee and little bit of cinnamon and orange zest on the nose. A few drops of water and a bit of rest in the glass takes the sweetness down a notch and brings out mild caramel and chestnut honey. The caramel stays present on the palate along with some vanilla and oak. More oak and cinnamon notes remain throughout the finish, which is quick and agreeable. Like everything else, the price has gone up slightly over the last decade but it still remains an accessible, light dram to enjoy on a casual evening. I would most gladly serve it to pleasant folks looking to learn more about single malts. Everyone else gets the Targaryen. 80 proof. B+ / $60 [BUY IT NOW FROM CASKERS]