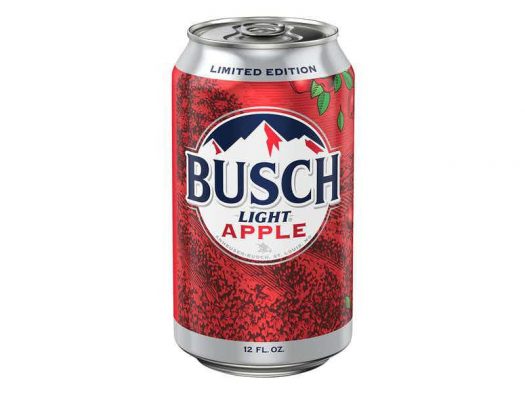 It is really hard to know what to make of this, why this happened or for what audience it is intended. A few guesses: an apple-flavored beer, a beer-flavored cider, Johnny Appleseed, The Village Green Anti-Cider Society, Matt “Them Apples” Damon, patrons of Applebee’s happy hour or fans of the FX show What We Do In The Shadows (doze apples!).

Thus far, the best part of Busch Light Apple Limited Edition Experience? The commercial. It features the 1985 classic hit single “Oh Yeah” by dance music icons Yello. No doubt the duo used the licensing fees to fund their numerous other enterprises, such as revolutionizing the chocolate industry, so kudos whichever ad agency had the genius to make this happen. Everyone knows the song as a centerpiece in John Hughes’ masterpiece Ferris Bueller’s Day Off, but not many people know just how cool Yello truly is.

We now return to the actual product itself, with drinking already in progress. It is all of the things a Busch Light drinker would love about drinking Busch Light: that thin, crisp, biscuit flavored lager adored by so many, then the added blessing of someone dropping apple slices into your mug. Very perfume heavy on the nose, almost too overpowering. It is as if the person in charge of chemically engineering this beer was attempting to recreate the sensation of nasal trauma induced during those initial steps into a Bath and Body Works franchise during the mid-’90s. The taste is a blend of OG Busch Light and apple juice, with a mercifully quick and overly sweet finish. I am still not sure about this overall as a beer, fruit beer, non-cider, anti-cider, or virtual beer-cider. But I am sure Busch Light Apple will find its rightful audience and desired target, whatever it is. 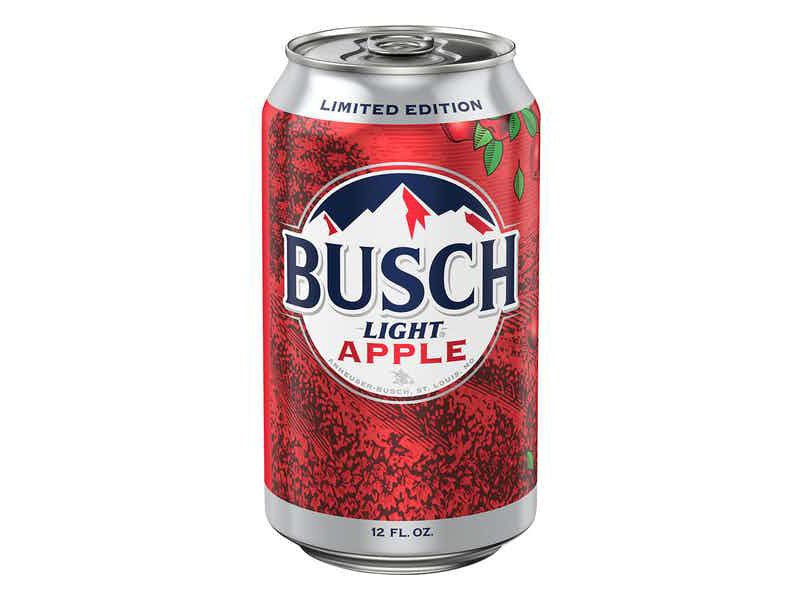 Busch Up, Bud Down
Posted in Beer, Buy It Now, Rated C, Reviews