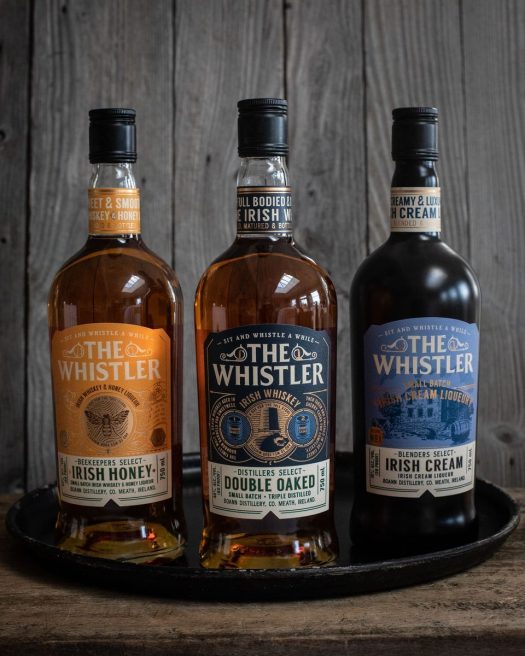 The new Whistler Irish Whiskey brand comes to us from family-owned Boann Distillery, which can be found in the Ireland’s Boyne Valley.

“At Boann, we pride ourselves in being one of the most innovative whiskey distilleries in Ireland, and in late 2019 our new state-of-the-art facilities and custom copper pot stills produced the first spirit in Drogheda in over 160 years,” said Pat Cooney, Founder of Boann Distillery. “We only use locally grown barley in our whiskeys and have access to the best casks to mature our spirit, ensuring that we produce unique whiskeys in which every bottle tells a story – the story of our land, our people and our family.”

The brand hits the U.S. for the first time with three expressions, each of which we look at in turn:

The Whistler Double Oaked Irish Whiskey – “The distillers select” is a blend of malt and grain whiskeys that are matured for three years in bourbon barrels and then finished in oloroso sherry casks. While a touch musty on the nose, there’s tons of the expected breakfast cereal character here, along with some graham cracker notes. No hint of sherry on the nose. The palate is brighter, with some sherried citrus clearly in the mix. Notes of nougat, caramel, and some spice all intertwine on a fairly light body, with some almond and coconut notes on the finish. It’s all reasonably well-balanced, though it doesn’t exactly push the boundaries of what you expect from Irish whiskey. 80 proof. B [BUY IT NOW FROM DRIZLY]

The Whistler Irish Honey Whiskey – “The beekeepers select” takes ex-bourbon-barrel matured Irish whiskey (mush unstated) and infuses it with honey harvested from Boann’s family orchards. Honey-flavored whiskeys normally follow a fairly well-worn formula, but The Whistler takes the concept in a new direction. Unfortunately, that direction involves a lot of sugar, which gives the whiskey a nose that runs to Reese’s peanut butter cups and a palate the offers notes of toasted marshmallow and tawny Port. Vanilla, caramel, and sugar cookie dough notes dominate the finish — not a more traditional honey note — which is really strange considering the provenance of the spirit’s ingredients. 66 proof. C [BUY IT NOW FROM DRIZLY]

The Whistler Irish Cream – “The blenders select” is a cream liqueur, using triple distilled whiskey made from malted and unmalted barley, which is then infused with fresh Irish cream. Again, there’s plenty of sweetness on the nose — with a lightly nutty and more clearly honey-scented aroma — while the palate suggests chocolate-covered almonds dipped in whipping cream. The overall impression is akin to 2/3 of an Irish coffee, and this would indeed pair well a hot Americano. More almond and some coconut notes cling to the finish, with ample caramel, vanilla, and milk chocolate notes lingering. Definitely a solid Baileys competitor. 38 proof. A- [BUY IT NOW FROM DRIZLY] 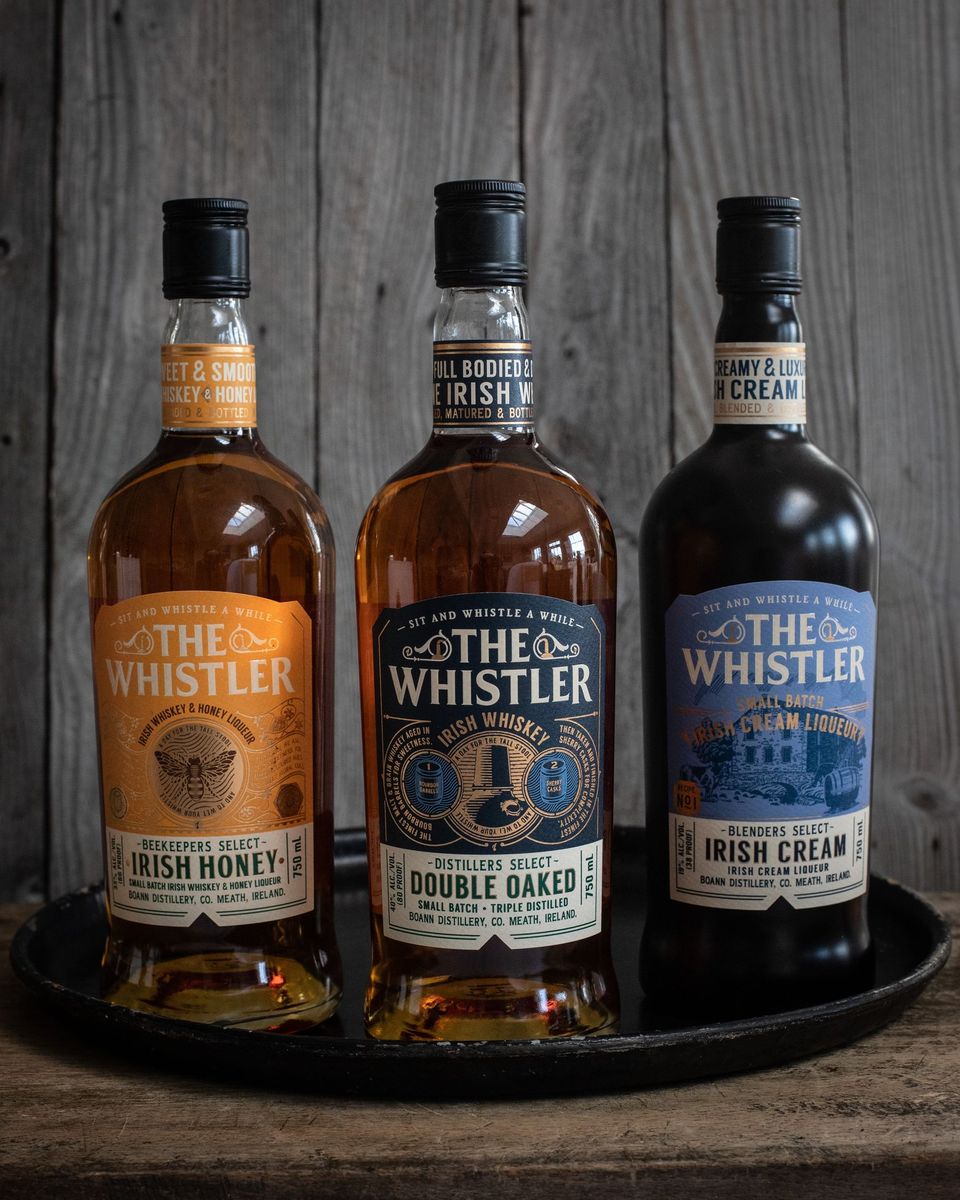