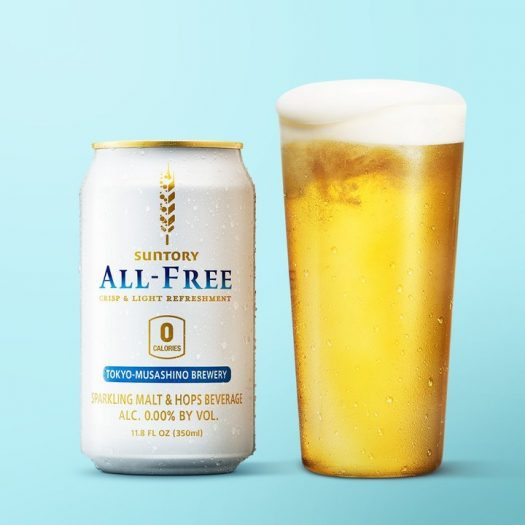 Sick of drinking? Or maybe you just need a night off. We all know the feeling — and now you can have your highball without the guilt thanks to the latest from Suntory: All-Free, “a delicious non-alcoholic beer-like beverage with refreshing nodogoshi* and aroma.” It’s not just 0% alcohol, it’s got 0 calories and zero sugar, too.

*Nodogoshi: Nodogoshi is a unique Japanese expression for the enjoyable sensation of beverages/food passing through the throat when swallowing, per Suntory.

All-Free isn’t a new creation — it’s been around in Japan since 2010 and was tested briefly in the U.S. in 2017 — but this is its first big launch in the States. As well, the recipe is a bit different than the All-Free available in Japan, and the can is a bit different, too — mainly white in the U.S., and white and blue in Japan. How do they make this stuff? All we really know is: Science. 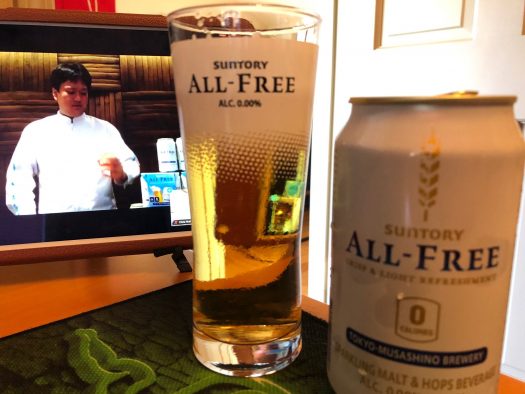 Will Americans gravite to not-beer if it’s got the Suntory name on it? We gave it a try during a live tasting event with Yuichi Kato, Head of Product Development, and Takeharu Nakai, Director of U.S. Marketing and Sales, to see for ourselves.

There’s no sugar in the drink, but it smells quite sweet, coming across more like a pale American pilsner than a typical Japanese lager. I catch a note of banana on the nose, too. On the palate, you can tell the alcohol is absent, as there’s no bite on the tongue, not even a manufactured one. Rather, I immediately get that banana character again and a hint of barley that comes across more like a lightly toasted and gently sweetened breakfast cereal. There’s a light bitterness on the finish — mildly hoppy but otherwise indistinct — but it finishes clean and is, as advertised, surprisingly refreshing. I had no trouble at all quickly downing a can.

Non-alcoholic beer is probably anathema to many of you (and it’s definitely not my go-to), but there are certainly times when even a session brew is inappropriate. I’d rather drink this than soda or a La Croix — and, if nothing else, it’s easily the best 0% beer I’ve ever had. 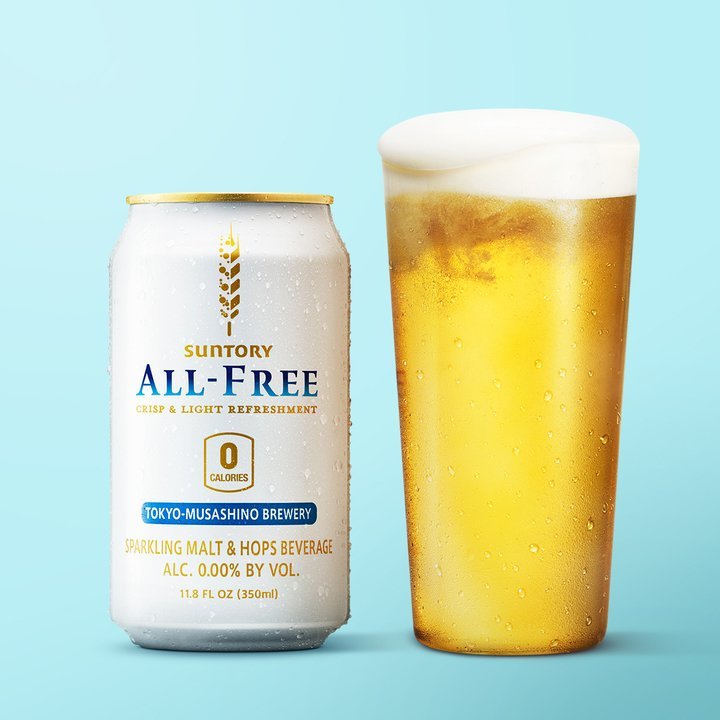