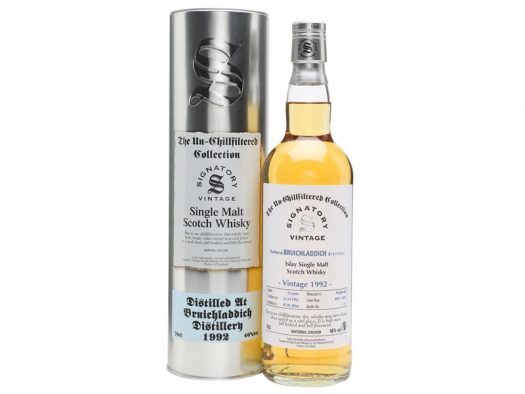 Blessed are the independent bottlers, for they provide rich diversity and much needed perspective in the world of single malts. Some folks take the position that any bottle from an IB is suspect and a gamble in terms of quality, and there is some merit to that argument. On the other hand, there’s Signatory, whose Un-chillfiltered collection has developed a track record for delivering a solid bottle at a reasonable price point.

This 22 year old was not matured in any sort of wine cask, which makes it a bit of an outlier in the Laddie world. So how does will it stack up against the likes of Port Charlotte, Octomore, and others in their venerable stable?

The difference is evident immediately. Lots of tropical notes of pineapple, anise, brown sugar and a faint touch of sugared cereal on the nose: not exactly the stuff you’d expect from the company that delivers some of the most peat-heavy single malts on the planet. With a few drops of water and some time in the glass the cereal notes fade away, replaced by apricot and faint notes of mild plum jam. The palate rests a bit thin at first, with notes of shredded coconut and honey at the beginning and black pepper and lemon zest towards the end. The honey and lemon continue on to the finish, which isn’t too long or powerful. Just long enough to not wear out its welcome and remain pleasant.

Altogether, this is a surprisingly light and tropical offering from Bruichladdich, and smart selection from Signatory. It is not as robust as it siblings, the Laddie 22, nor is it as breathtaking as the slightly younger Cuvee 382. However, it does show off the depth of versatility and possibilities of Bruichladdich’s magic touch, as well as Signatory’s instinct for solid judgment and excellent curating. 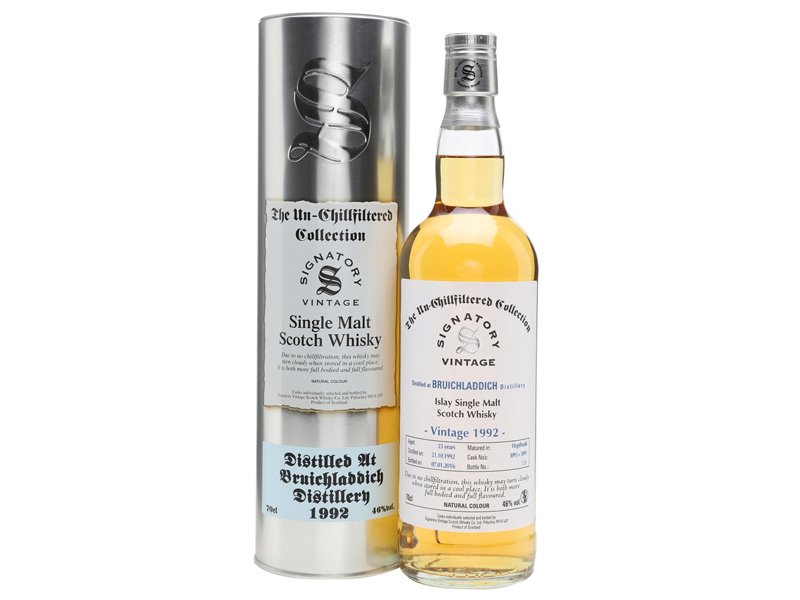