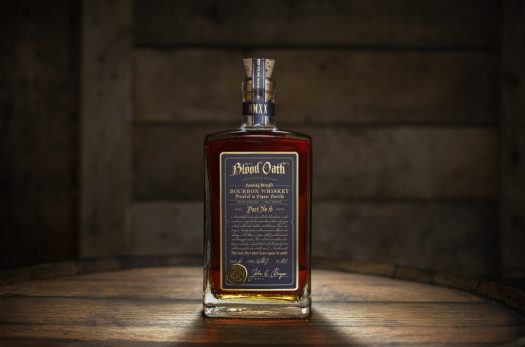 It’s round #6 for Blood Oath, Lux Row’s ultra-premium bourbon offering, a moving target which has a different composition every year.

The brandy impact pops right away on the nose, sliding from raisin to cherry notes. There’s plenty of barrel influence, though, with a somewhat tough, charred note that emerges after some time in glass. The palate is big with traditional bourbon trappings — cinnamon and cloves, and some dark chocolate. There’s a hint of licorice and a lightly smoky element, making for a fairly tight body. Water helps, particularly in focusing the spotlight on that Cognac-driven, gently raisiny note, an element which is especially vivid on the finish. A touch of prune and more barrel char give the conclusion a certain sense of old-school austerity.

All told it’s a worthwhile and interesting whiskey, though not my favorite in the Blood Oath lineup. 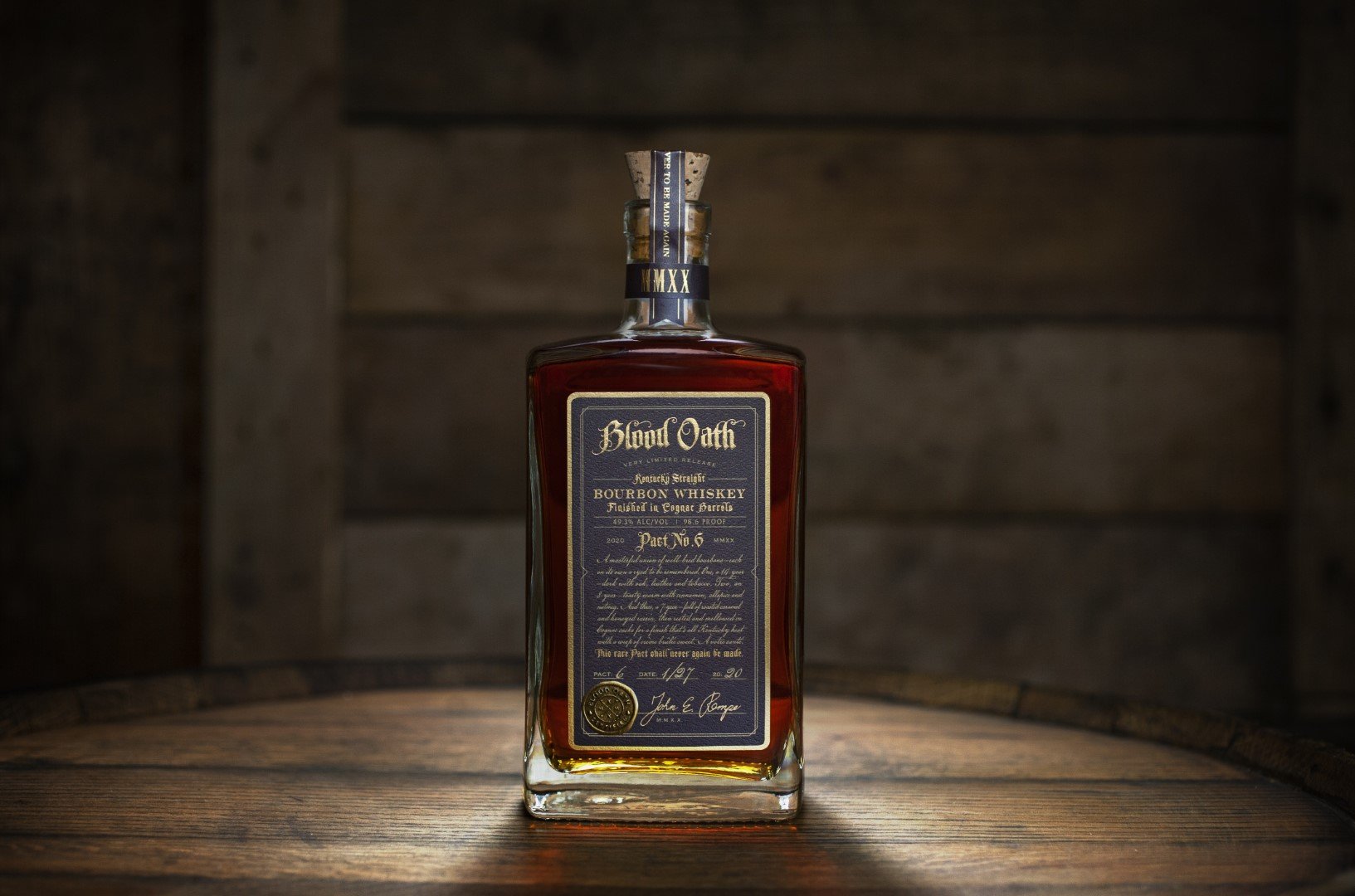