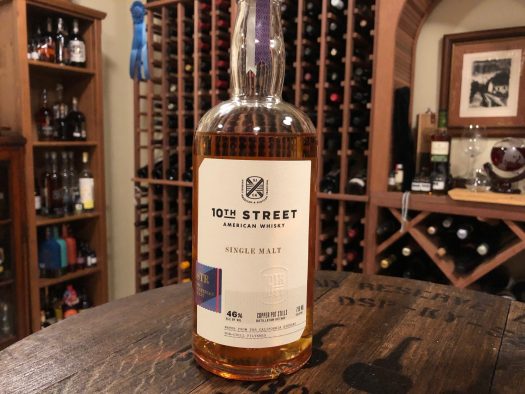 Harcore whiskey nerds will know that STR stands for “Shaved-Toasted-Recharred” a process pioneered by the recently departed Jim Swan which is used to rejuvenate old barrels and take the whiskey in a slightly different direction. More important with this release is that the malt used is not peated, in stark contrast to the original 10th Street Single Malt release. Like the original, though, this bottling hits with no age statement.

The whiskey’s nose is immediately exotic with note of coconut and spiced fruit, plus a hint of hibiscus. A sweet shortbread note quickly dominates, tinged with a spritz of oily lemon Pledge. I was surprised to find the palate more restrained than the nose would suggest, starting off hot with a focused and sustained granary/cereal character. There’s a note of sesame in the mix, plus a light barrel char character that emerges in time. On the finish, the malt largely dominates, altogether coming across as very much a clone of an unsherried Speyside single malt — but, as with the peated expression, hailing from a wholly unexpected location 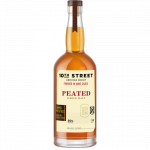