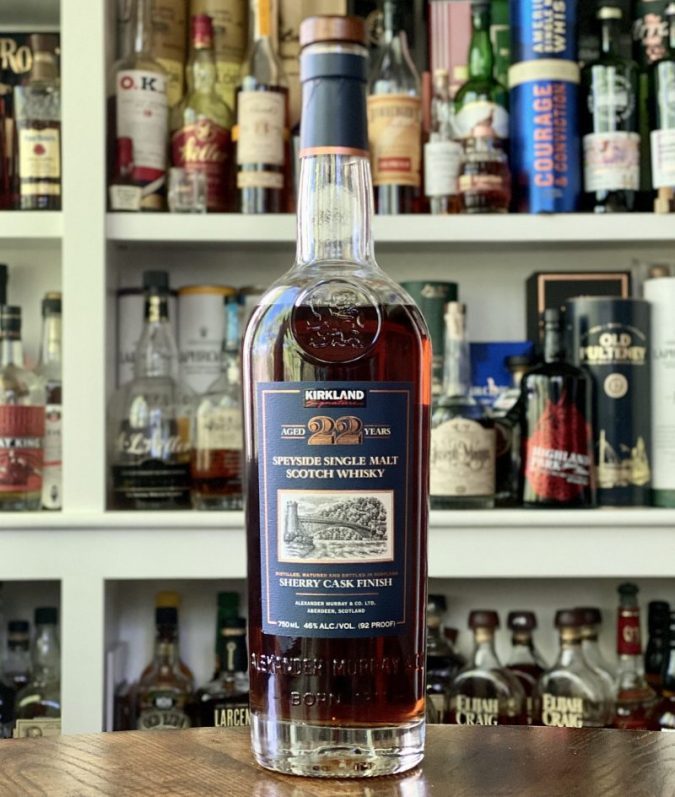 It’s been a minute since we last reviewed a mystery, Costco discount dram, so here’s a recent one, Kirkland Speyside Single Malt 22 Years Old. Alexander Murray, which currently bottles these bargain beauties, has occasionally deviated from the sherry-finished path (this 16-year-old from 2016, for example), but this one stays the course, finished for a minimum of 6 months exclusively in oloroso sherry casks. The source of the whisky remains, as always, a mystery, but this is likely the only whisky on the planet aged for 20+ years that costs less than $100. So, how does it taste?

First things first, this is a dark-colored dram with a deep, ruddy hue from the sherry cask that makes this Scotch, at the very least, easy on the eyes. The aroma is richly sherried with notes of slivered almonds, marzipan, fig jam, and old leather. There’s a dank mustiness to it, as well, that gives the whole thing an earthy mushroom quality. All-in-all, a very nice nose for the money. The palate isn’t quite as complex, but it still manages to showcase several of the hallmarks of a more extravagantly priced dram. It’s sweet and thick (really thick, actually) with juicy raisin, candied ginger, and bready malts. By the mid-palate, the earthiness arrives with wet tobacco leaves, a touch of wood smoke, and some tannic oak. Things begin to come together on the medium-length finish, but in the end, the sherry overpowers the base spirit and its more delicate elements with a jammy sweetness, overripe berry notes, and a slight bitterness. At this price, despite a few shortcomings, it has plenty to offer. 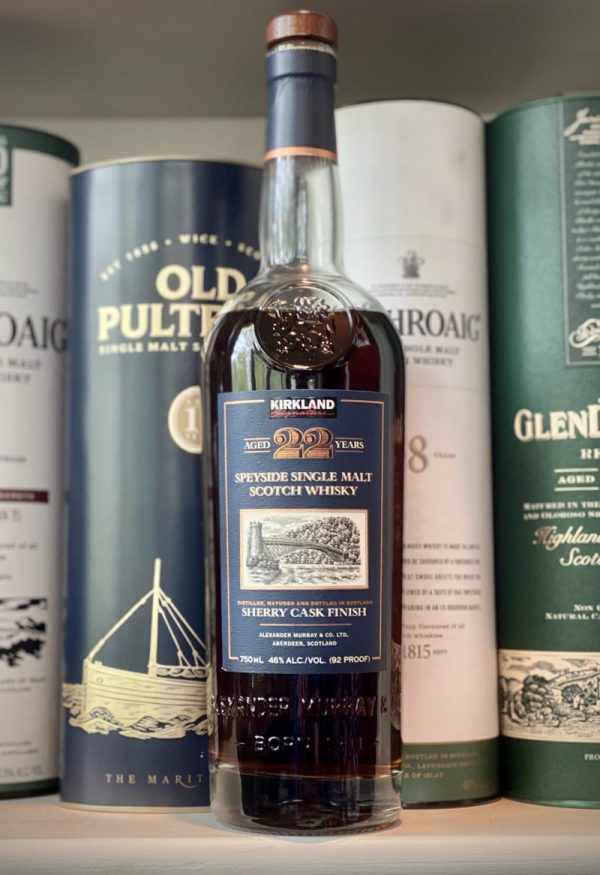