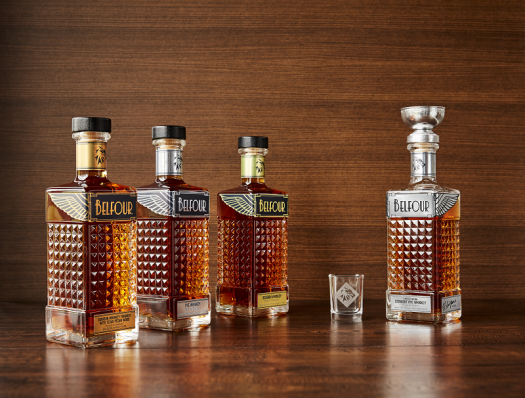 Belfour sounds like a ritzy, old-school name from the deep south, and I was surprised to find that the brand was founded and is operated by Ed Belfour, a legendary Canadian hockey player who’s now making whiskey in Louisville, Kentucky. Belfour and his two children spent years taking classes in whiskeymaking, and rather than source whiskey from MGP they’ve been working with North Carolina-based Southern Distilling to produce whiskey on contract, aging it in Belfour’s own barrels. (The company is aiming to fire up its own stills by 2022.)

Belfour is currently offering a (standard) rye, a straight rye limited edition, and a bourbon that’s finished with pecan wood from Texas. The bottles alone are a sight to behold (and I’ll be using one for a water decanter at some point) and are all denoted as “the spirit of champions.” We got all three to review. Thoughts follow.

Belfour Rye – This is made from a mashbill of 70% rye, 20% corn, and 10% malted barley, aged at least 12 months. The nose is both fruity and spicy, aromas running from sweet vanilla to black pepper to mushroom. There’s a weird onion note here, but it’s surprisingly not unpleasant. The palate is approachable, with notes of burnt caramel, bacon fat, black pepper, and black tea. A hint of toasted coconut gives the wine a much needed but gentle sweetness, with a finish running to nougat, red pepper, sesame, and some cocoa. There’s a lot going on here and it’s quite savory on the whole, but the whiskey does grow on you over time. 94 proof. B+ / $89

Belfour Bourbon Finished with Texas Pecan Wood – 60% corn, 30% wheat, and 10% malted barley. Aged at least 18 months in new oak, finished for a couple of months with Texas pecan wood staves from Belfour’s ranch, which are added to the barrel. The nose here is evocative of mesquite, hyper-sweetened and a touch smoky, with a cookie dough element. Some peanut brittle in there, too. On the palate, there’s a stronger peanut note, some graham cracker, and a touch of chocolate. Wood-driven notes build quickly here, though, with a nutty, granola-like note hanging around. It’s off the beaten path for sure, but it could stand some additional maturity. 92 proof. B / $89

Belfour Limited Edition Straight Rye – No mashbill information. This limited edition rye is made at Woody Creek Distillers in Colorado and is aged for at least 24 months in new white oak barrels (allowing it to qualify as “straight” while the standard rye does not). 12 barrels were made. This is a much different animal than the standard rye, and it comes across as far more mature than 2 years old; if this is really a 2 years old, I’m wholly shocked. Butterscotch and baking spice permeate the nose, with just a touch of barrel char evident. The palate is lively and very sweet, buttery thanks to the high abv, and loaded with spices that linger for ages on the sugary finish. This tastes like a high-end rye and it’s priced as such, too. $300 is asking a lot for this, but the bottle does come signed by Belfour. Ed, I mean. 100 proof. A / $299 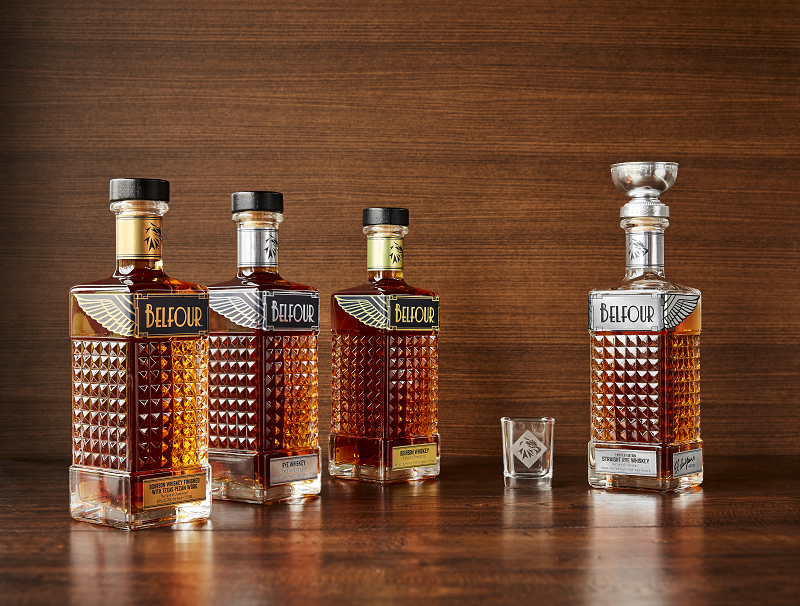