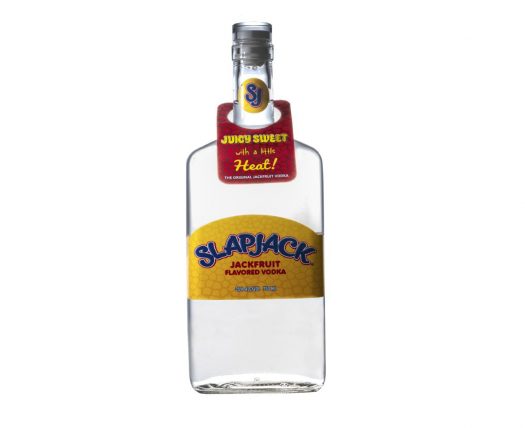 Hey, I know I’ve eaten jackfruit before, but for the life of me I can’t remember what it tastes like. The monstrous green fruit, when cleaned and shredded, has a texture remarkably similar to pulled pork, and you’re most likely to encounter it as a base for vegan barbecue. Slathered in spices and sauce, the fruit itself is even more elusive.

Slapjack’s jackfruit vodka starts with a corn-based distillate which is sweetened with cane sugar and flavored with real jackfruit. The finished product is clear, uncolored.

The nose immediately connotes bubble gum, but it opens up with a little time to reveal a vaguely tropical character and a sizable banana candy note. On the palate, many of the same elements dominate: big candied banana, then some guava, and plenty of sugary sweetness. There’s a current of earth underneath that must evoke the jackfruit’s je ne sais quoi, but it’s elusive and tough to place.

On the whole, the sugar is simply dialed up too much for me, and while this arguably works well in the service of a shooter — the avowed method by which Slapjack is intended to be served — for more casual drinking or cocktails, it’s just too much. If you mix with it, a deft hand is clearly required if you want to end up with something balanced enough for mainstream palatability. 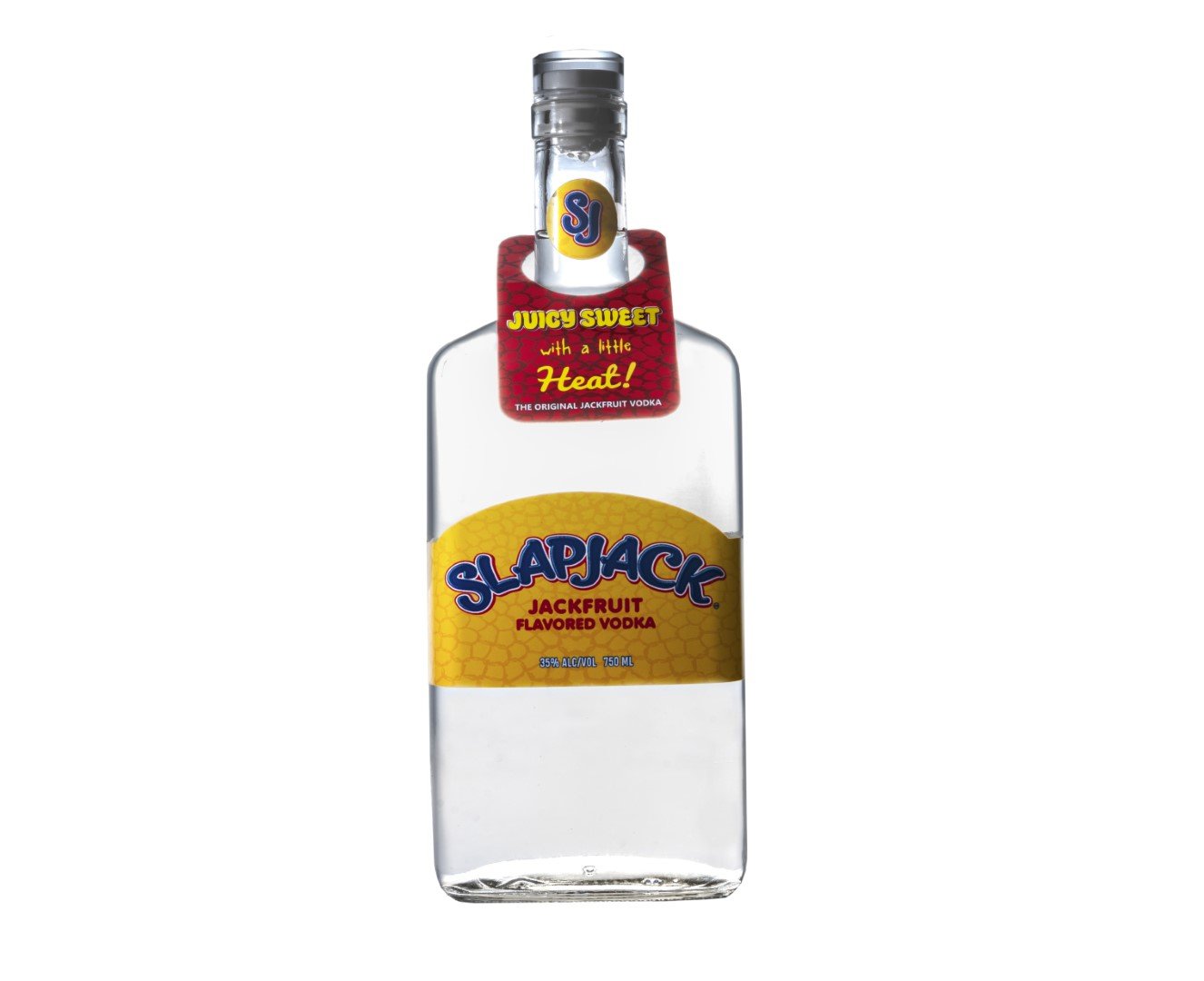