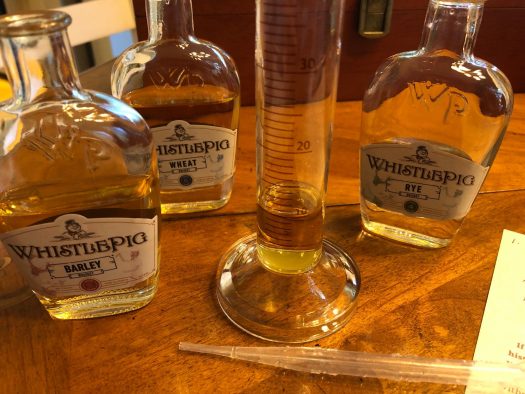 Blending whiskey is tons of fun. I’ve done blending sessions with Johnnie Walker and Woodford Reserve — but those were just for kicks. With Homestock, WhistlePig and partner Flaviar are doing something quite a bit different, setting up about 1000 drinkers with kits that let them blend up a whiskey that WhistlePig will bottle and Flaviar will sell. 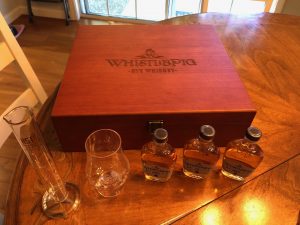 Tasters were tasked with mixing, nosing, and tasting the trio of whiskeys until they found their preferred blend, which we all are submitting on WhistlePig’s website. Working with small 50ml samples of each whiskey, there’s not a lot of room to experiment (and everything was most easily done in 10% increments), but I did manage to put together six variations. (If you want more detail, WhistlePig master blender Pete Lynch walks you through the process at the link above.)

My initial composition of 60% rye, 20% wheat, 20% barley was my favorite for a long while, but I finally settled on my 6th and final rendition as the recipe I submitted, a very similar 70% rye, 10% wheat, 20% barley that I thought showcased some fun mint chocolate notes alongside some of WhistlePig’s iconic rye spice character. (That said, my wife’s preference was a softer and more earthy blend of 50% rye, 30% wheat, and 20% barley.)

On Tuesday April 28 at 5pm PDT, the three best blends (roughly the most popular, and tweaked by WhistlePig) will be revealed, and all the tasters will be invited back to recreate and retaste them at home with the remainders of their initial samples. You can watch it live, whether or not you were part of the crowdblending experiment, on Flaviar’s Youtube channel. Blenders will vote on the three blends and will pick the one that Flaviar will bottle and sell.

Update 4/28 – At the live event, the three winning blends were revealed as follows:

Again, after whipping up fresh batches, I found I enjoyed the #1 blend the most — full of authentic rye spices, chocolate, and a punch of salted caramel. Surprisingly, I preferred blend #3 as my second pick, which offered a more Scotch-like experience with a clearer focus on the grain.

And the winner is: Blend #3! My wife will be thrilled. Stay tuned for more info on when it’s released!

Get in on Flaviar specials by joining the world’s largest spirits club! 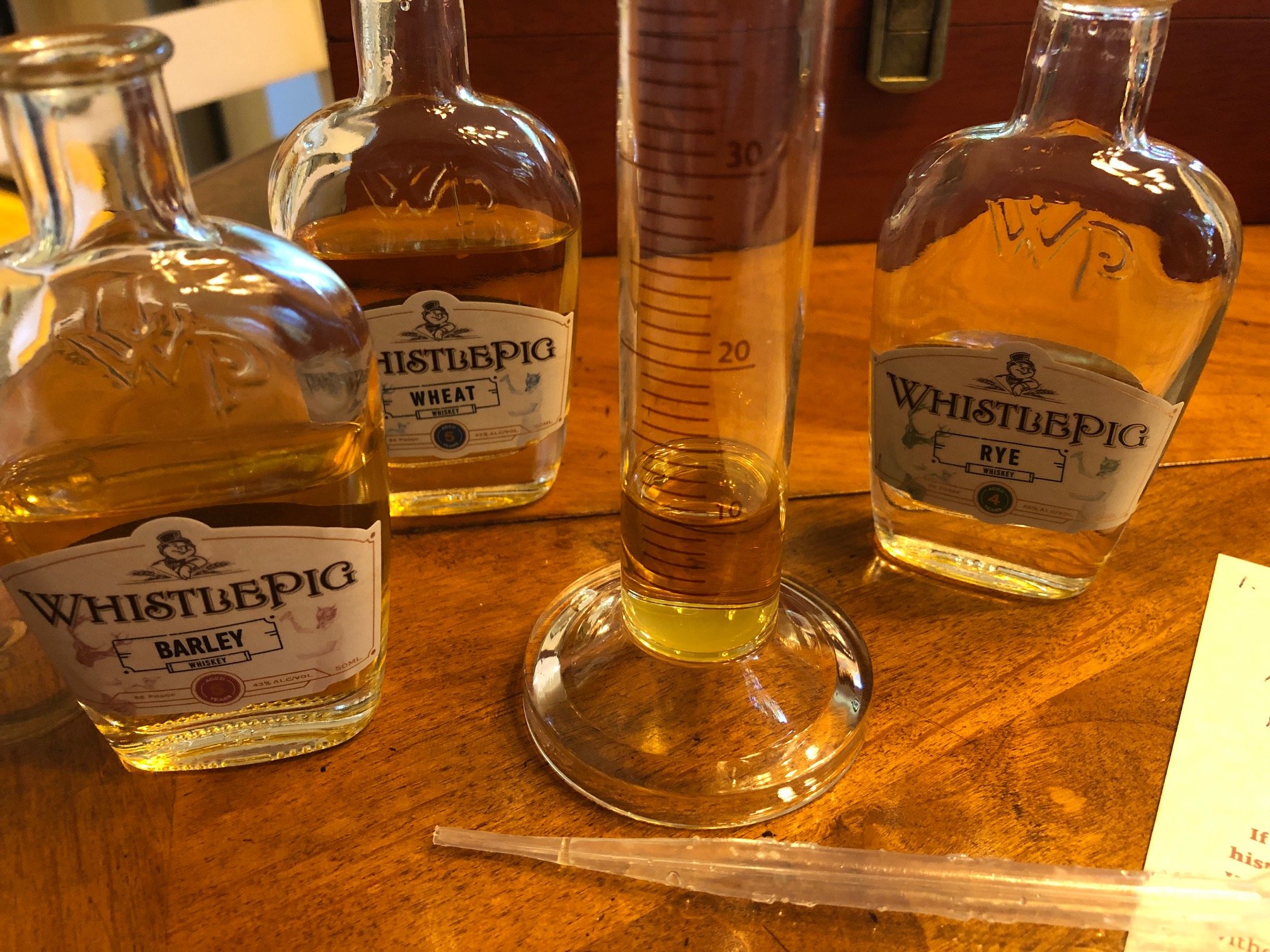