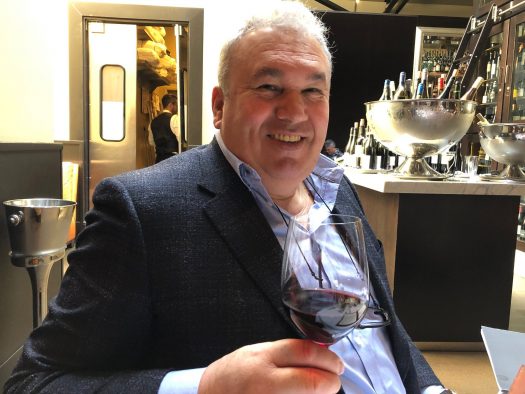 Tenuta Sant’Antonio is a major producer in the Veneto region of Italy, turning out 700,000 bottles a year of Valpolicella and other wines native to the area. What it’s best known for, of course, is Amarone, the luxury wine made from grapes dried for months via the appassimento process.

Tenuta Sant’Antonio is owned and operated by four brothers, one of whom, Armando Castagnedi, I had the pleasure of meeting over a recent lunch in San Francisco. Armando regaled a small group with tales of the winery’s founding — their father, after whom the winery is named, was originally a grape-grower — and operation. The estate began winemaking operations in 1995, making 2020 its 25th anniversary.

At the lunch, we tasted five expressions of Tenuta Sant’Antonio running the gamut from entry-level to high-end, including looks at a pair of wines we’d reviewed before, with one from this same vintage. Thoughts on all wines tasted — and how a couple of years in bottle have impacted the wines — follow. 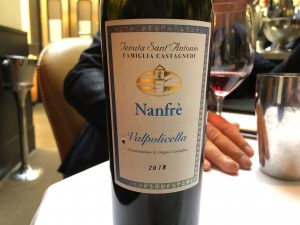 2018 Tenuta Sant’Antonio “Nanfre” Valpolicella DOC – Young valpolicella, with no dried grapes and no oak, either. This is only the second vintage of Nanfre, a blend of 70% corvina and 30% rondinella. As expected, it’s a bright and fruit-forward wine, though I get a hint of weedy greenness on the back end. Notes of black pepper give nuance to some of the straightforward fruitiness, which is all cherry and red berry, then a hint of orange peel. A solid value wine built for by-the-glass service. B / $15

2017 Tenuta Sant’Antonio “Monti Garbi” Valpolicella Ripasso Superiore DOC – This style bridges the gap between standard valpolicella and Amarone, by taking regular valpolicella wine through a second fermentation in the presence of pressed Amarone skins. A more complex wine than the above, it features licorice candy, blackberry candy, and a lightly smoky/gravelly note that drives some minerality. Still light in body, with a smoky meatiness on the finish. Compare to 2015 via above link. B+ / $22

2015 Tenuta Sant’Antonio “Antonio Castagnedi” Amarone della Valpolicella DOCG – Sant’Antonio’s entry-level Amarone, with grapes dried for three months at minimum. Incredibly rich and silky, this wine is drinking far more effectively now than upon its release 2 years ago (see link above). Currants, blackberries, cherries, and licorice all mingle with notes of chocolate — and yet there’s ample acidity to cut through the fat. Slight hint of pepper on the nose. All told: A remarkable surprise. A / $47

2015 Tenuta Sant’Antonio “Campo dei Gigli” Amarone della Valpolicella DOCG – Sant’Antonio’s single-vineyard bottling from its most prized growing area. The structure is similar to the above, but there’s a slight increase in acidity, giving the wine a mild balsamic edge. The finish is drier here than on the Antonio Castagnedi, though the currants and chocolate notes are still dominant. Hint of tea leaf in the mix. A / $73 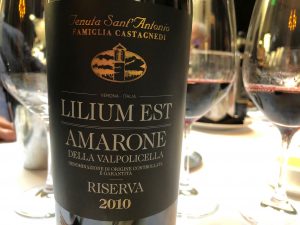 2010 Tenuta Sant’Antonio “Lilium Est” Amarone della Valpolicella Riserva DOC – At 10 years of age, the intensity here remains insane, reminscent more of Napa cabernet than Amarone. Heavy in alcohol, with intense currant and cherry notes, it’s very much a fruit bomb today that needs time for some acidity to evolve and tannin to temper. Castagnedi says this wine begins to show its best after 20 years. Hang in there. A- / $90 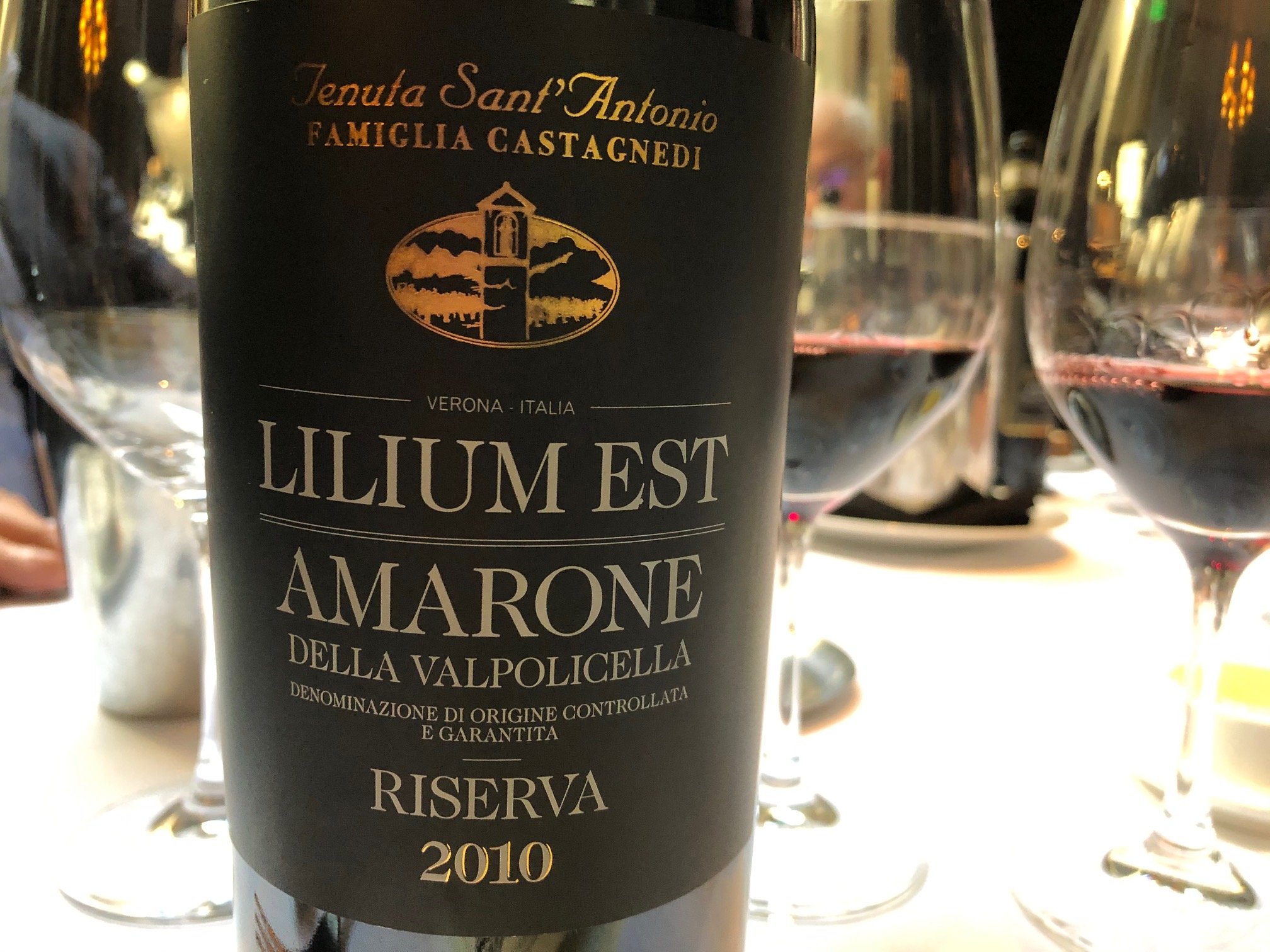