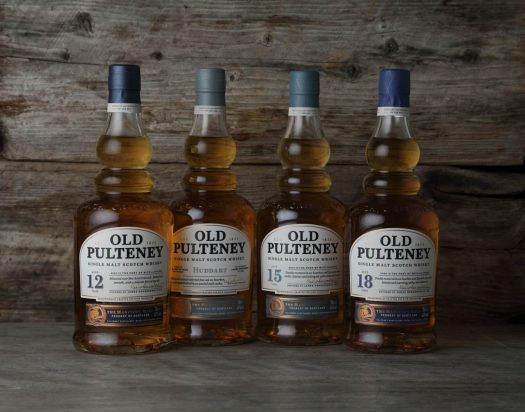 Old Pulteney recently (well, in mid-2018) revamped and relaunched its core lineup, bringing its core to three age-statemented releases and a single NAS release. They’ve been slow getting to the U.S., but we’ve finally tracked down all four for review. (A harder-to-find 25 year old expression is also in the standard lineup, which we reviewed in 2018.)

Also, coinciding with these new single malts, Old Pulteney has partnered with Sustainable Surf for The Maritime Malt’s new Rise With The Tide Campaign. “With this new film series, the program puts a spotlight on the inspirational stories of those who, like Old Pulteney, work in partnership with the sea. Sustainable Surf is dedicated to protecting and restoring ocean health by shifting people to a highly desirable, low-carbon, ‘Deep Blue’ lifestyle.”

Let’s dig into the quartet.

Old Pulteney Huddart – The only non-age-statement expression in this lineup, named in honor of the street on which the Old Pulteney distillery resides and, unlike other Old Pulteney releases, has a clearer smoke element because it was finished in casks that once held peated whisky (reportedly anCnoc). This is a surprisingly enchanting whisky, the peat quite restrained and melding beautifully on the nose with notes of sea spray, coal dust, and buttered toast. The palate is considerably sweeter than the nose would lead you to believe, with notes of raised doughnuts, cinnamon, and more of a brown butter character that lingers toward the finish. As the whisky concludes, the peat and notes of briny seaweed emerge in force, playing foil to notes of lemon and more of that fresh brioche character. Surprisingly complex and worthwhile if peat’s at all in your wheelhouse. 92 proof. A- / $69

Old Pulteney 12 Years Old (2020) – The only expression in this lineup that carries over from the past. Matured in bourbon casks, mostly second-fill. Malty and heavily focused on granary-laden basics, the whisky offers a wholly straightforward nose that recalls breakfast cereal and fresh-cooked oatmeal. The palate finds room for some fruit, notes of honey-soaked banana bread and cooked apples offering at least a modest change of pace from the tried and true. I find this bottling more balanced and far less aggressive than my 2011 tasting notes would indicate, but I also get virtually none of the seductive maritime character that is part of the Old Pulteney signature profile. As it stands today, it compares just fine, though without any significant distinction, with any number of other unsherried 12 year old single malts (and some blends) on the market — particularly now that the price is creeping up to close to $50. 80 proof. B / $45 [BUY IT NOW FROM DRIZLY]

Old Pulteney 15 Years Old – Aged in second-fill bourbon barrels, and finished in first-fill Oloroso sherry butts. The sherry adds a lot of nuance here, giving the nose a nutty, honeyed character with notes of brown butter and a gentle citrus element. On the palate, the whisky kicks off with notes of lemon oil, then a big punch of sweetened breakfast cereal. Notes of orange peel build as the finish emerges, where a sharp citrus note and a nutty character, both endemic of sherried whiskies, lingers. Straightforward but fully enjoyable. 92 proof. B+ / $90 [BUY IT NOW FROM DRIZLY]

Old Pulteney 18 Years Old – Like the 15, this is aged in second-fill bourbon barrels, and finished in first-fill Oloroso sherry butts. Proof that three years can make a huge difference. The 18 surprises with an overwhelming, much different nose that shows significant smoke and overripe fruit, making for a somewhat acrid, funky experience. Notes of walnut shells and roast beef give the whisky a distinct savoriness — one which comes across as bolder than Huddart’s. The palate feels similarly a bit unbalanced, smoky qualities coming to the fore alongside notes of smoked almonds and bitter citrus peel. It’s pungent and salty — which actually gives the whisky a lift here — leading to a sharp and punchy finish. On the whole the whisky is a curious diversion from the 12 and 15 year old expressions, though I never found it overly engaging. 92 proof. B / $139 [BUY IT NOW FROM DRIZLY] 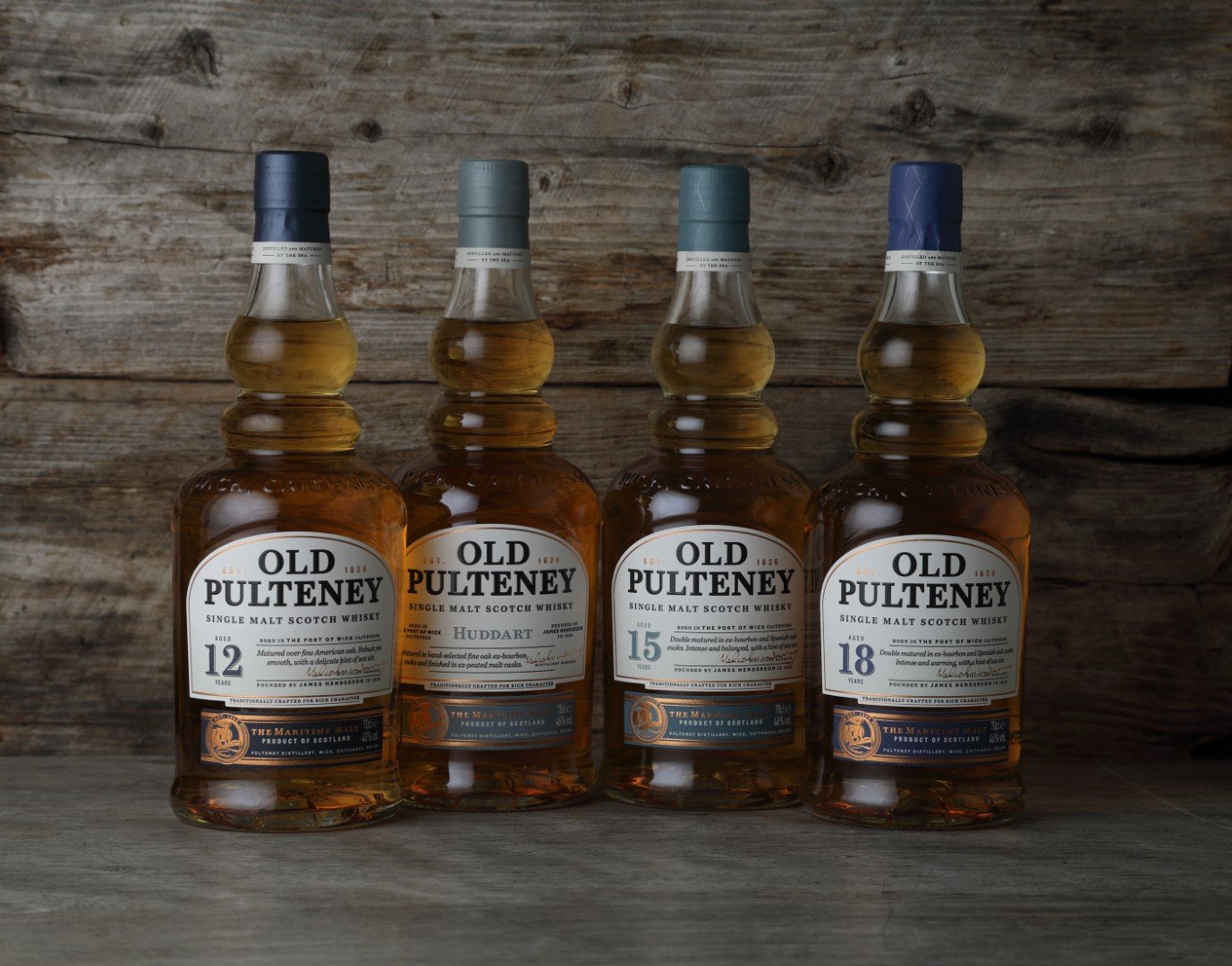