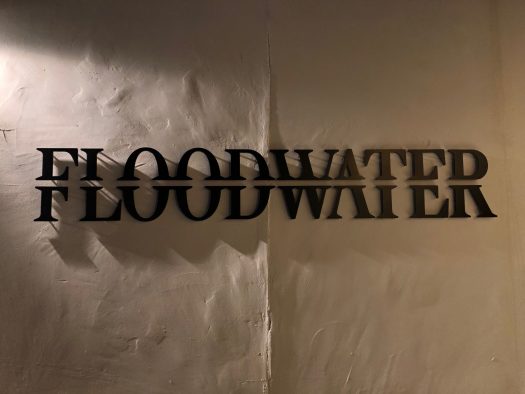 Mill Valley’s Floodwater has been open for a few months now, and we finally had the opportunity to pay the new establishment a visit. It’s a sizable space with an expansive bar, cozy booths, and plenty of television — all blasting basketball during our recent idyll.

While Floodwater feels appropriate for families (and guests at the adjacent Holiday Inn Express), it clearly has its sights set on locals, with craft cocktails in the mix.

During a recent visit, we were lucky to sample a number of the libations on the menu, which recently expanded from five to eight selections. That’s a little misleading, though, because a sixth selection — “Pick Your Poison” — challenges drinkers to name a spirit, shaken or stirred, and leave it to bartenders to do the rest. That in turn is even more misleading, though, because the bartenders aren’t making a unique drink for every customer; they’re pulling from a library of 65 cocktails they’re required to master in order to work there. I’ll talk more about these in a moment.

First up were two drinks off the standard menu. I greatly enjoyed A Diving Bell, which includes Plymouth gin, lime, yuzu, Velvet falernum, mezcal, and cayenne. The mezcal is carefully balanced so as not to overwhelm the sweeter and more botanical notes. Plymouth is a great choice for this one, too, and the yuzu gives it an unexpected twist. The Anejo Honey Sour — a spin on the margarita, of sorts — with Tapatio anejo tequila, lemon, honey, and a grapefruit twist, was a somewhat simpler experience that pairs a huge, sweet caramel attack with lingering agave and a lemony punch on the back end. If you like your margarita on the sweeter side, this one’s for you.

At the urging of our host, we tried a pair of “Pick Your Poison” options. Hoping to push them a bit, my wife requested a stirred drink made with amaro; I asked for a brandy drink and left it at that. What we received were two unusual yet delightful cocktails. The Carroll Gardens (rye, Nardini amaro, maraschino, and punt e mes) was a Black Manhattan with a cherry twist, coming across as heavy on chocolate and mint, courtesy of the Nardini. I got a Champs-Elysees (Cognac, Chartreuse, lemon, simple syrup, Angostura), which I’d never had before but which was a lovely surprise — a slightly sweeter spin on a Last Word. While I was hoping for something completely original like the cocktails at the top of the list, both of the drinks were new to me, so — original enough.

Floodwater’s food menu is eclectic but everything we sampled was excellent, particularly the hamachi crudo — spiced with a lovely Togarashi element — and a citrus salad with a crunchy kick of salt. The Positano pizza, prepared in the brick pizza oven, was a bit heavy with creamy leek veloute, but it did work to give the sliced potato and guanciale in the dish a base upon which to stand.

I look forward to trying more of the dishes on the menu over time — and seeing what some of the other 63 cocktails in the Pick Your Poison repertoire include, too. 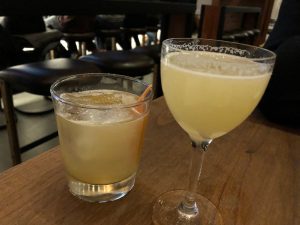 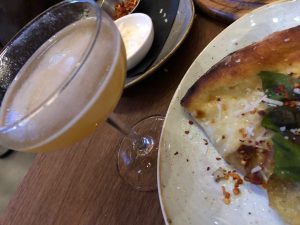 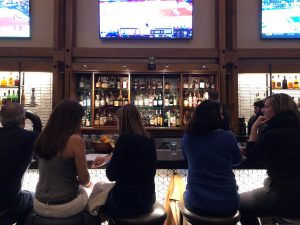 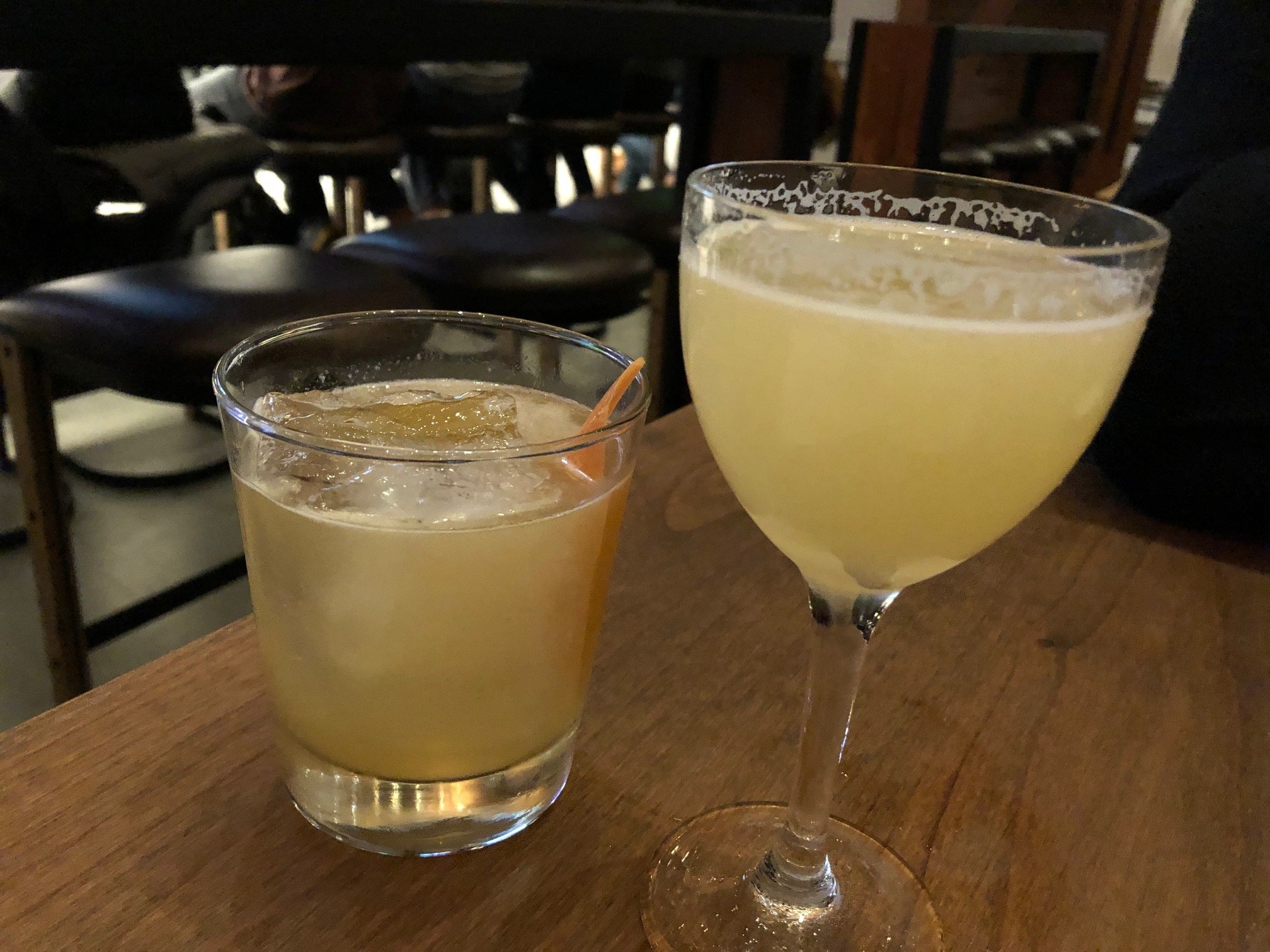