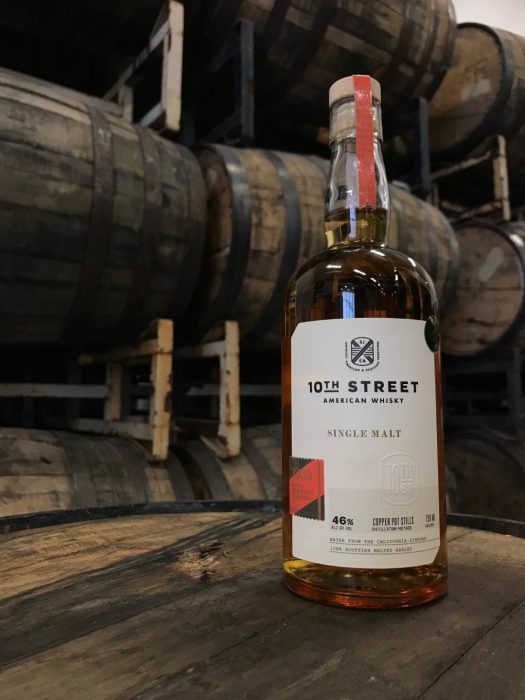 So, we’ve established that 10th Street is a peated single malt. So: Where might 10th Street be? Dufftown? Glasgow?

How about San Jose, California. Here, a group of former engineers are working to unabashedly deconstruct the whisky of Islay, and to do that they’re importing peat from Scotland (local barley is used), using it to make a mash distilled in custom pot stills, aging in ex bourbon barrels, and bottling the finished whiskey without chill-filtration.

It’s not an unfamiliar story — after all, all of Japanese whisky is based on this idea — so let’s see what Cali can do with the premise. For what its worth, 10th Street pegs this release at a “moderate peat” level.

Intriguing, and variably expected and surprising, 10th Street is a unique whiskey, to be sure. Let’s start at the top. The nose is vivid with peat, but it’s not as heavy as anything from Islay. It’s not as lightly peated as, say, a Highland Park or old Mortlach release; I’d characterize it around light-to-moderate. Alongside the smoke, look for hints of fruit, smoked meats, and a touch of chimney soot. The palate continues the thread, with modest peat and a touch of wine that evokes sherry (though this isn’t a sherry-finished release). Some green, herbal notes emerge over time, heavy with rosemary. Like any good Islay, it’s touched with briny seaweed notes but also lightly sweet. The finish brings out touches of lemon oil and a bit of petrol, with a lingering honey character. 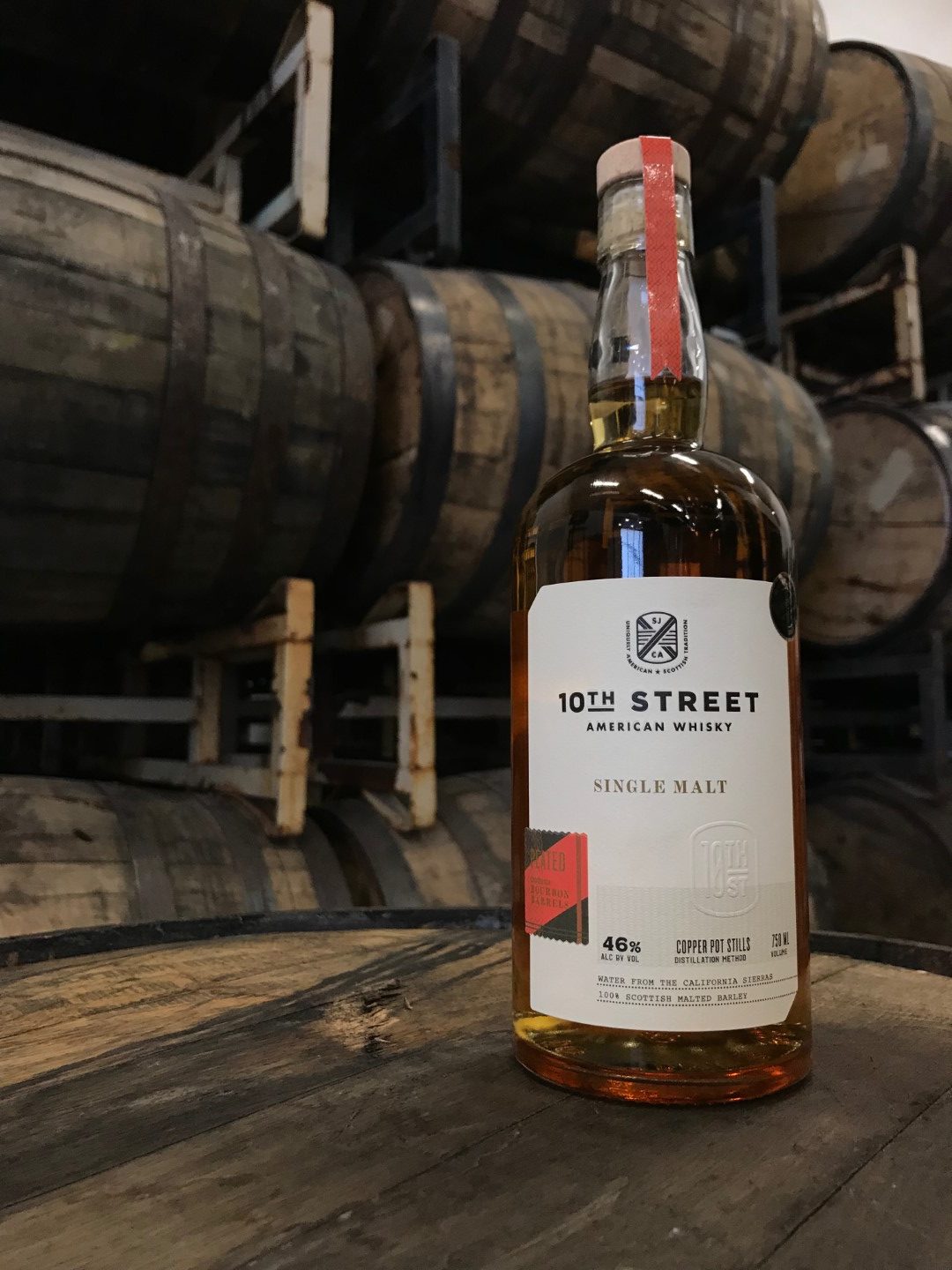