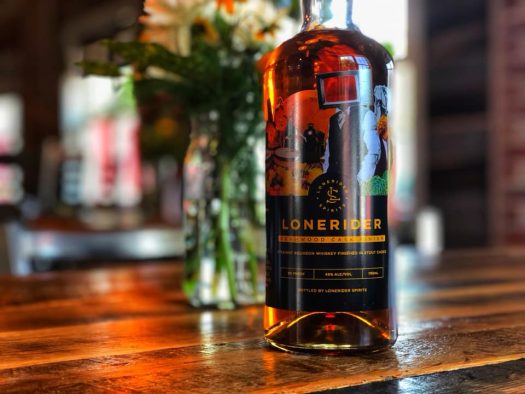 Lonerider is a longtime Durham, NC-based brewery turned distiller (or at least bottler). With its first two whiskey offerings, it’s taking MGP bourbon and finishing it in house, alternately in sherry casks and in its own stout barrels. There’s not a lot of information on what goes into each bottling (and no age statements), but below we share what we know. Also reviewed is the company’s premixed cocktail, Lonerider Whiskey Mule.

Lonerider Bourbon Sherry Cask Finish – Surprisingly pretty and restrained, the nose is quiet with light touches of fresh hops, shoe leather, and beef jerky, with an edge of orange oil and a touch of maple. On the palate, the whiskey is again light on its feet, with a reprise of hops and orange peel, making for a young and expressive whiskey that avoids coming across as overly oaky. The sherry is mild but evident in the citrus elements that linger throughout. On the finish, some bitterness emerges along with more leather notes. Lightly sweet with toffee, but spiked with barrel char, the conclusion manages to eke out just a bit of sweetness in what is overall a fun and worthwhile little whiskey. 90 proof. B+ / $40

Lonerider Bourbon Deadwood Cask Finish – A “deadwood cask” is actually actually Lonerider’s Deadwood Stout beer, in which this bourbon is finished. This whiskey is clearly a lot more intense on the nose, with a mix of aromas running from hops and vanilla to peanuts and a mild barrel char. The palate is expressive on many of these fronts, including a strong peanut brittle character and some cracking rye spice that offers notes of allspice, cinnamon, and some red pepper. A brown butter note emerges in time, with a growing barrel-driven character that delivers a more straightforward and burly wood element on the back end. All told, this drinks more like a youthful craft bourbon (though, oddly, it isn’t) than the more well-rounded and delicate Sherry Cask Finish. 90 proof. B / $50

Lonerider Whiskey Mule – This ready-to-drink cocktail is built from unspecified whiskey, natural ginger and lime flavors, and carbonation: Straightforward. The beverage leans heavily on the ginger beer to do most of the work, which is fine, because the whiskey in the mix is nothing special. There’s a standard-grade slug of vanilla and wood, with a spice note that gives the drink a certain root beer/sarsaparilla character. A sweet conclusion makes it sippable, but not terribly memorable. 7% abv. B- / $15 per four-pack of 12 oz cans 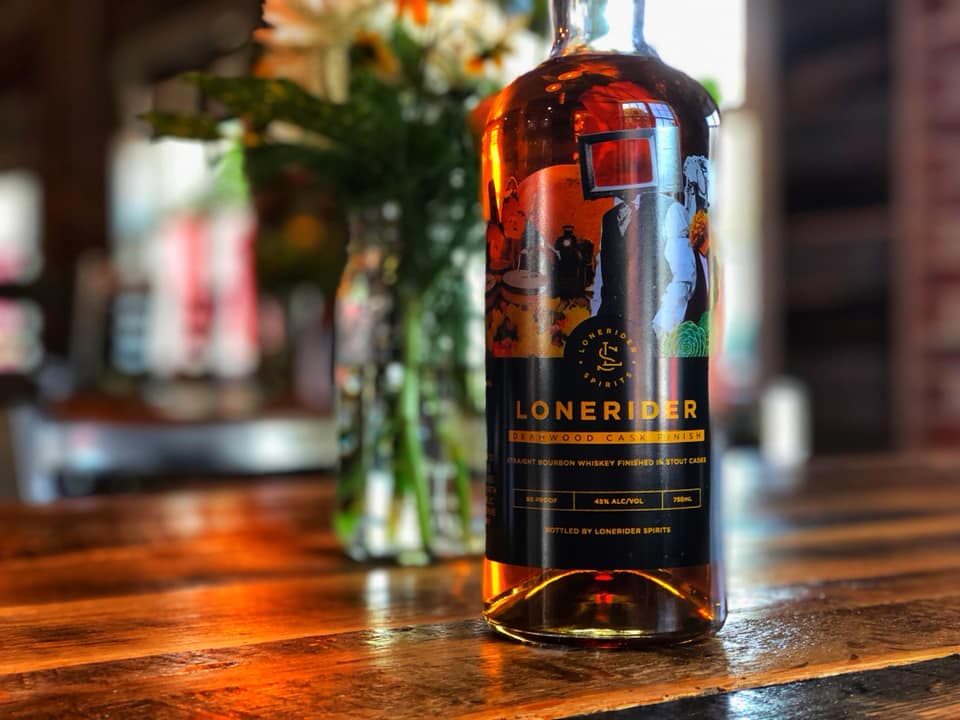