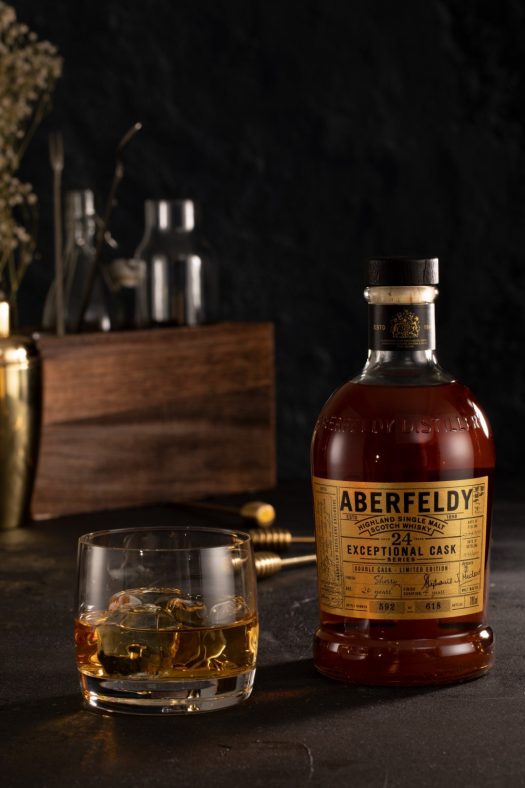 Recently, we covered two special, limited edition whiskies from Craigellachie called the Exceptional Cask Series. At the time, we promised coverage of three additional whiskies in this line from Aberfeldy would also be coming soon, and here they are.

As a reminder, these are one-off releases each representing a few thousand bottles. Brand owner Bacardi says the age statements represented here will not be repeated, though the series will be continuing next year.

Without further ado, here’s a look at a trio of Aberfeldys.

Aberfeldy Exceptional Cask Series 18 Years Old – The only “double cask” release in this quintet, this 18 year old is primarily aged in bourbon casks and then finished in sherry. The rich mahogany color is a surprise here considering it’s merely finished in sherry, and the nose exudes intense, Pedro Ximenez-style notes with wine, roasted nuts, and coffee dominating. The palate is fully blown-out with sherry influence, intense with more notes of roasted nuts and well-aged wine. It’s a full-fledged sherry bomb, to the exclusion of pretty much everything else, with a finish that sees lingering notes of dark chocolate and coffee. The actual whisky gets a bit lost in the sherry here, but for fans of boldly sherried spirits, it’s one to check out. 107.6 proof. B+ / $200

Aberfeldy Exceptional Cask Series 19 Years Old – Fully matured in first fill sherry butts. Also an intense, dark brown in color, as is to be expected from a first-fill sherry release. The nose is quite similar to the 18, rich in coffee, nuts, and classic sherry elements — though more of a dried fruit character is detectable. The palate is again classically winey, rich with a ton of coffee and a slightly raisiny note. Higher in alcohol than the 18 year old, it’s clearly sharper on the palate, too. It’s all good until the finish, which is very drying and quite pungent to the point of becoming overwhelming. A dried, almost charred spice note lingers for quite some time, somewhat marring an otherwise quite beautiful spirit. 113.2 proof. B / $200

Aberfeldy Exceptional Cask Series 24 Years Old – Matured in first fill sherry butts. Surprisingly pale in color next to the 18 and 19, barely a light amber. Notes of salted caramel and butterscotch give this an upfront sweetness, and the sherry is much more restrained than in the above bottles, with a modest nuttiness. The palate sees more of a balance as well, with a surprising top note of banana and tropical fruits. A bit malty, a well-mellowed wine character soon follows before falling back in full on the sherry as the finish emerges. Slightly astringent and a bit green, the finish otherwise sees echoes of caramelized banana lingering on the back end. It’s the most interesting whisky in the lineup, though it remains a bit scattered in the end. 107.8 proof. B+ / $300 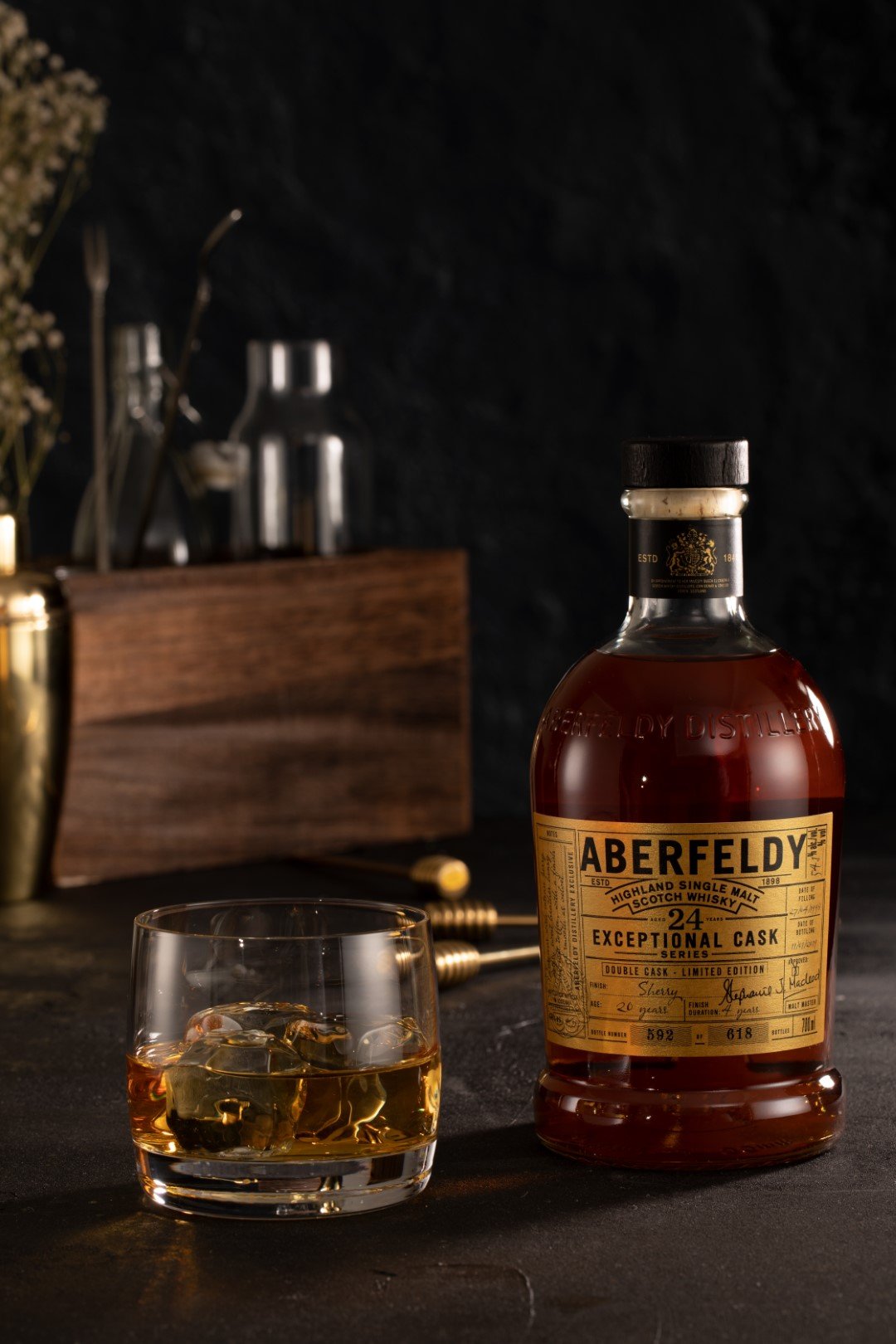